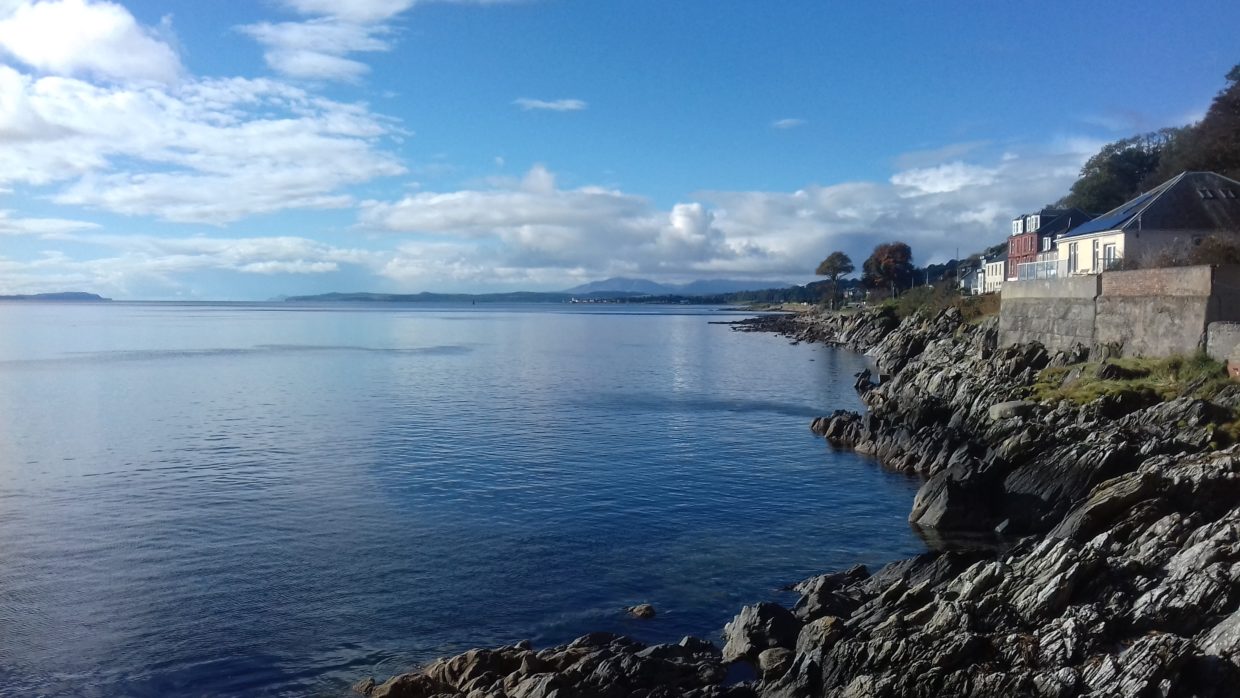 On Friday, we made a return visit to the beautiful village hall in Kinlochard, on the banks of Loch Ard in the Queen Elizabeth Forest Park near Aberfoyle, in The Trossachs.  It was built in 1958 and upgraded and added to, in 2011.  We had played there before in March 2016.  Due to the recent storm and very heavy rain, Loch Ard looked full to the brim! 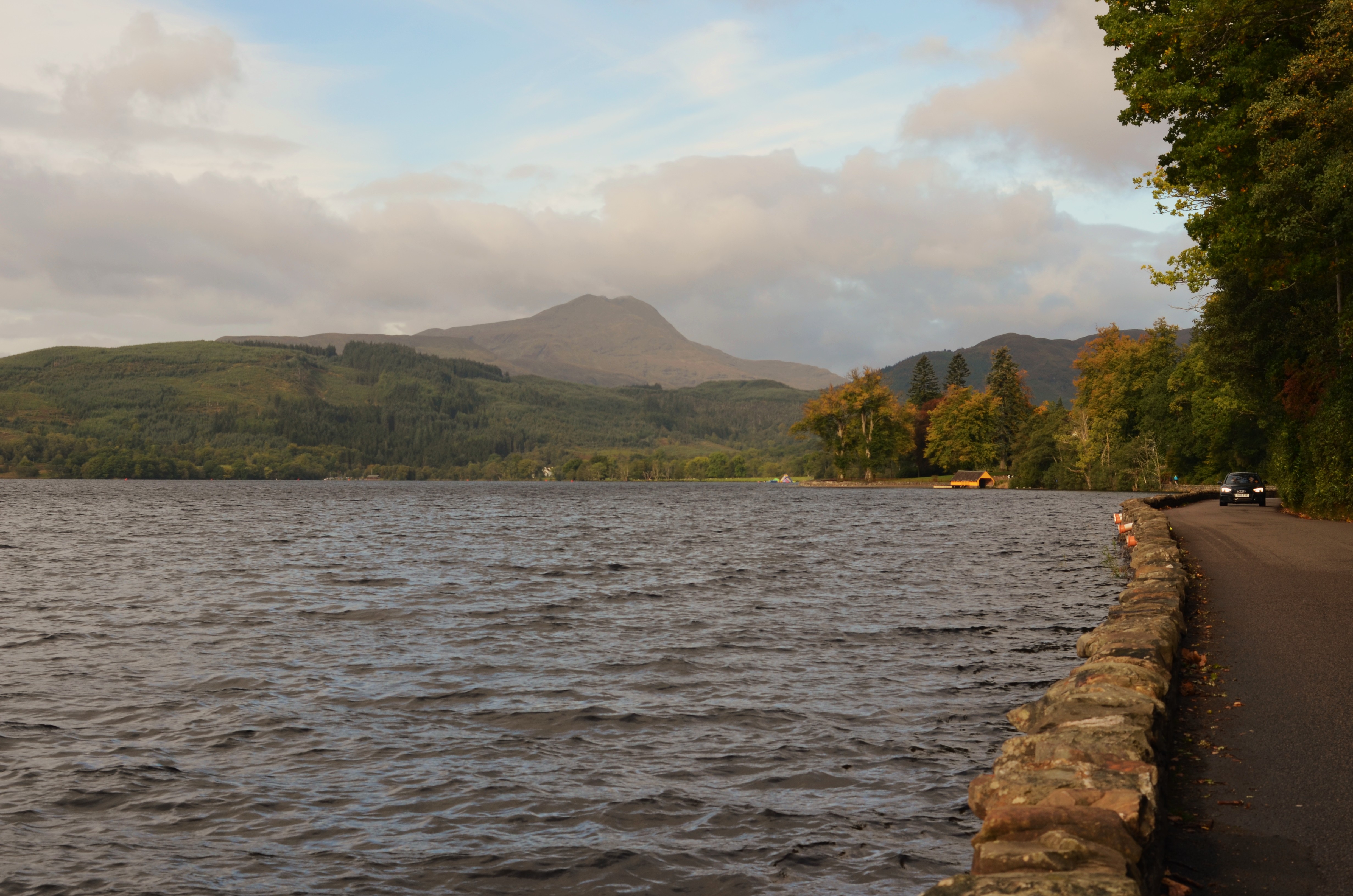 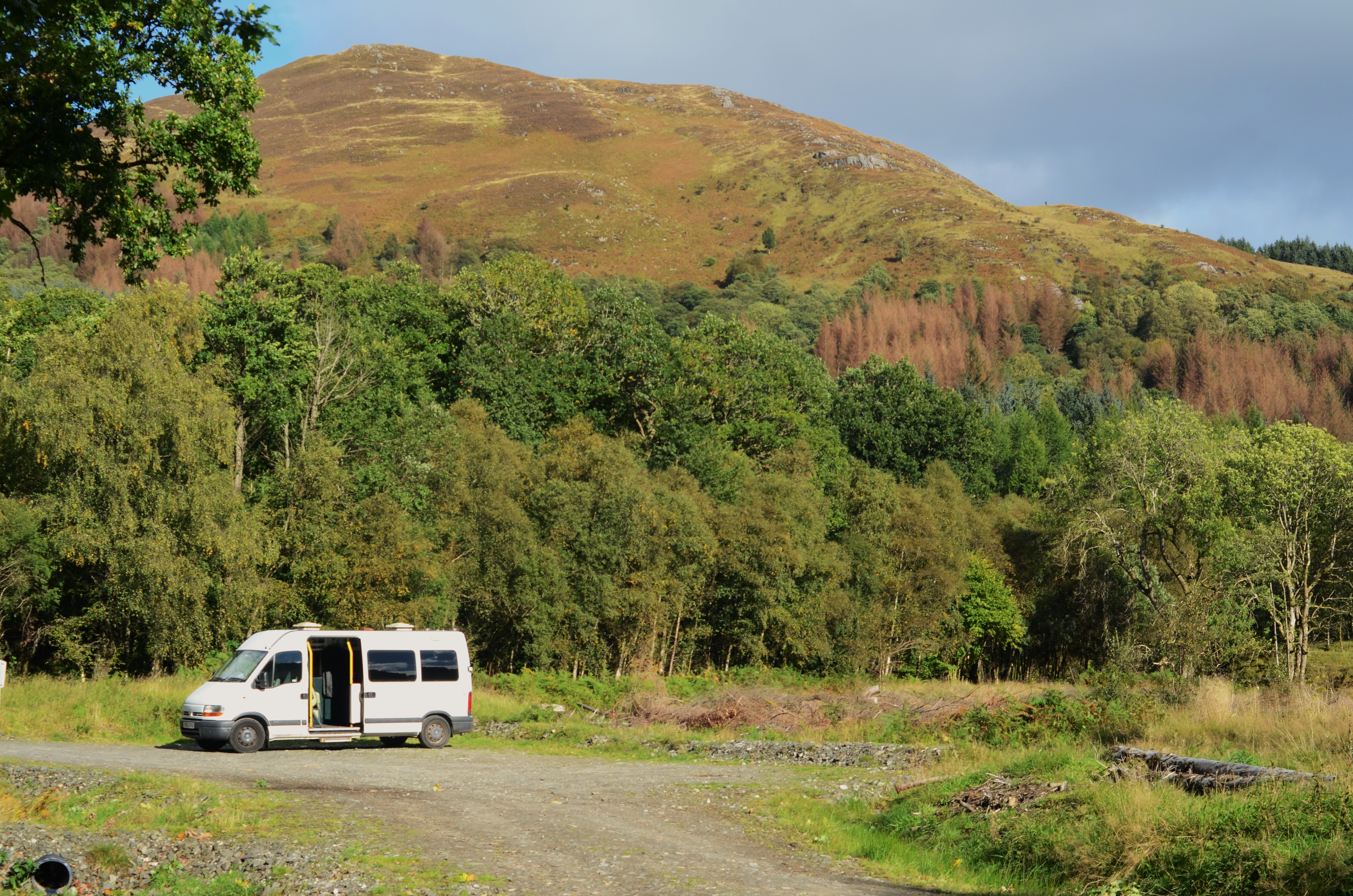 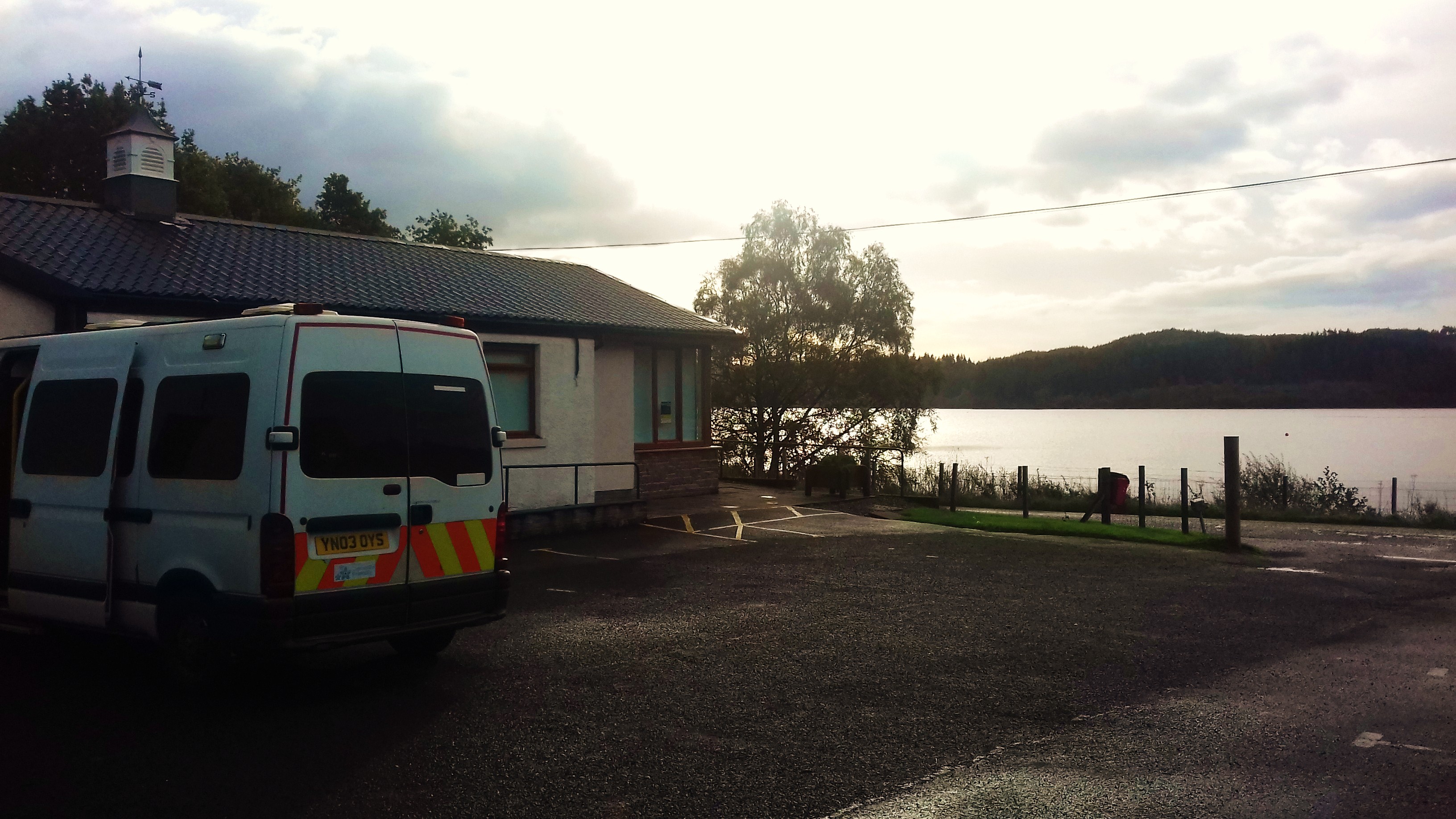 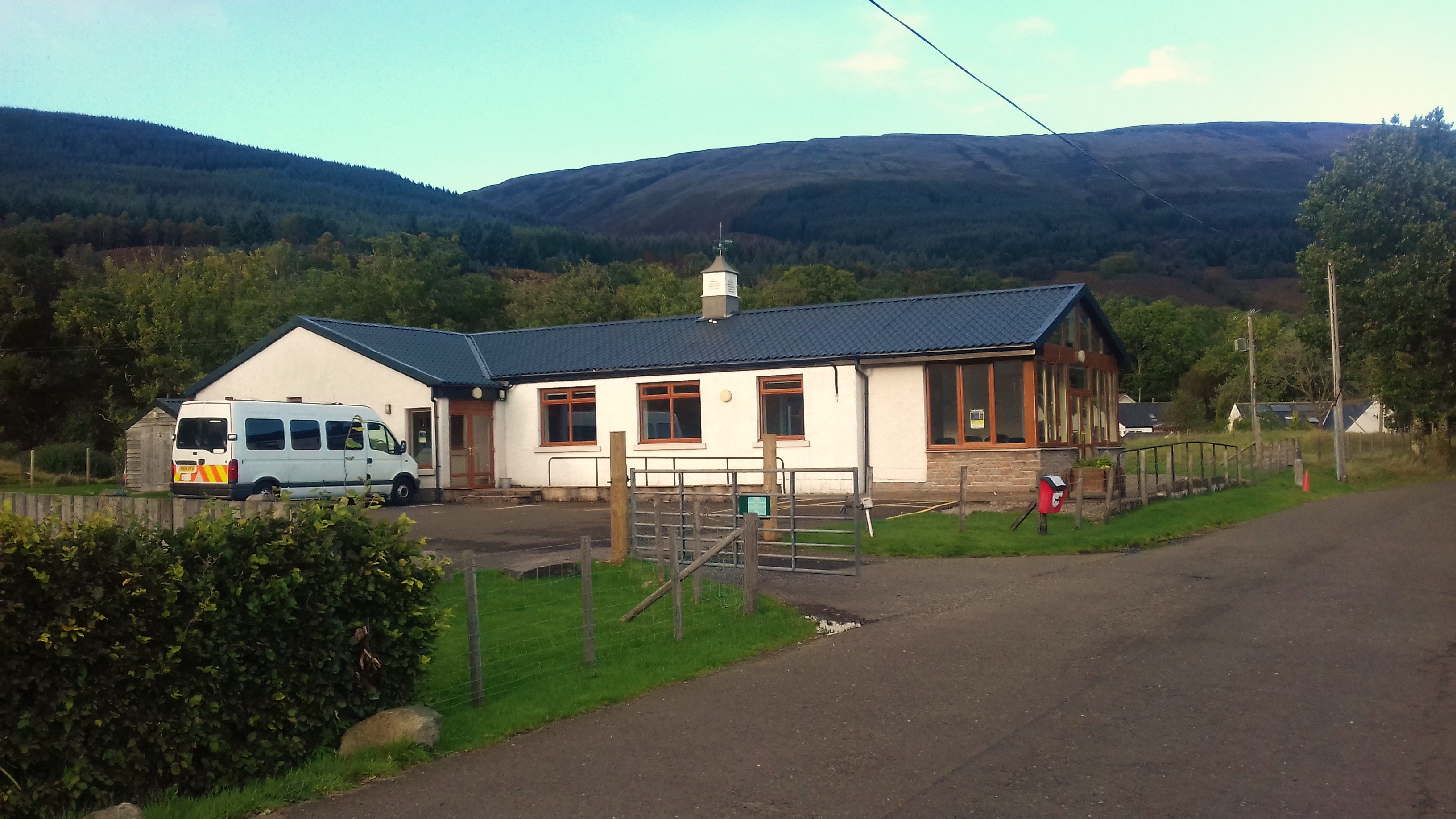 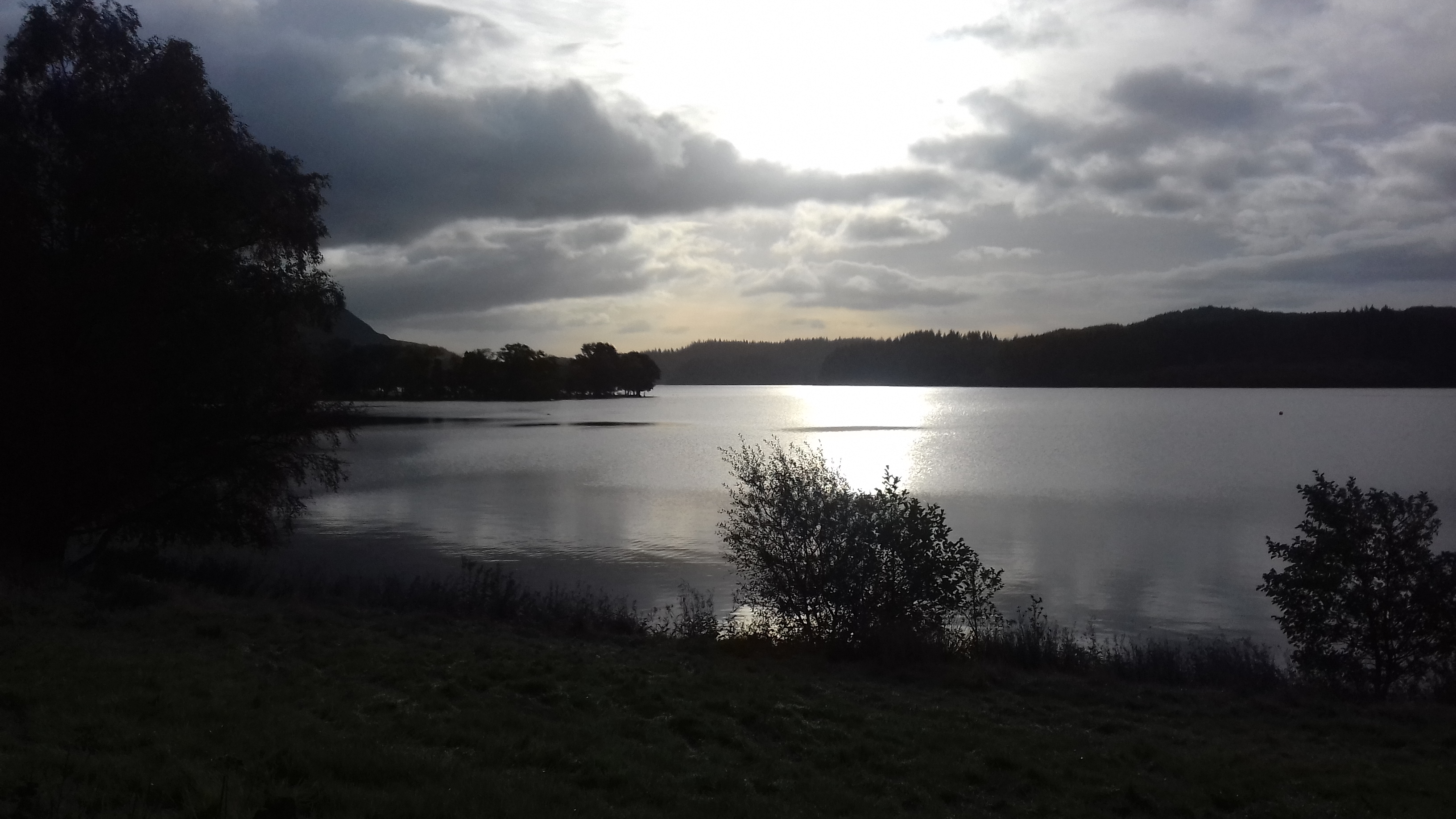 The view of Loch Ard from the hall, as the sun goes down before the gig 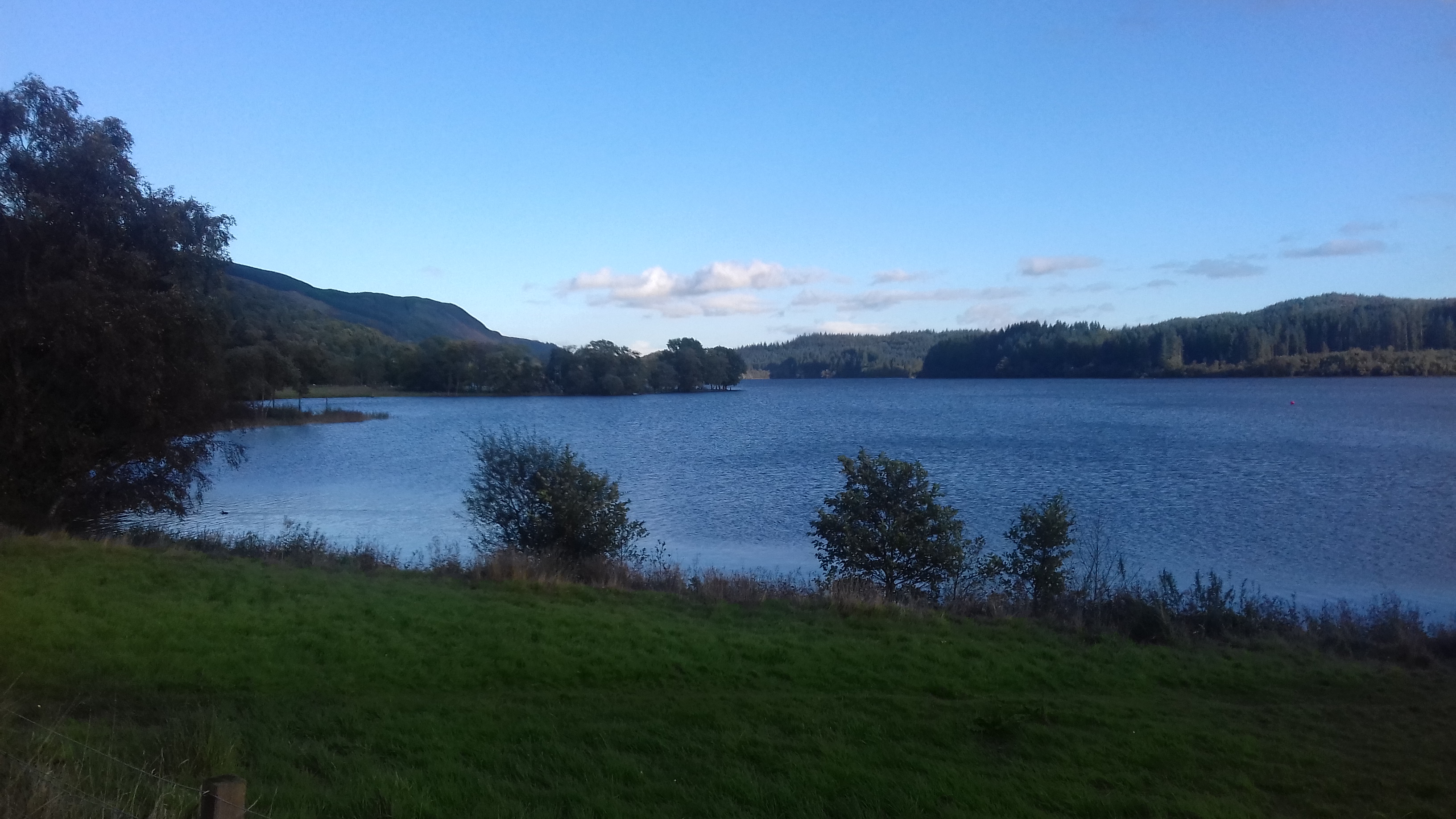 The view of Loch Ard from the hall, the next morning

We were lucky to have a very warm, friendly and enthusiastic audience, including 3 ladies from Moscow who were on holiday in the area.  Whilst we were playing “Autumn in New York“, I could see the Russian ladies swaying in time to the music at the back of the room, holding candles!  Magical!

On Saturday we headed over to our second gig in Innellan. We drove across to Loch Lomond, past Tarbert and Arrochar, and through the “Rest & Be Thankful” pass into the Cowal Peninsula towards Dunoon and Innellan. This is our third trip to the peninsula this year, having played in Uig and Strachur earlier. 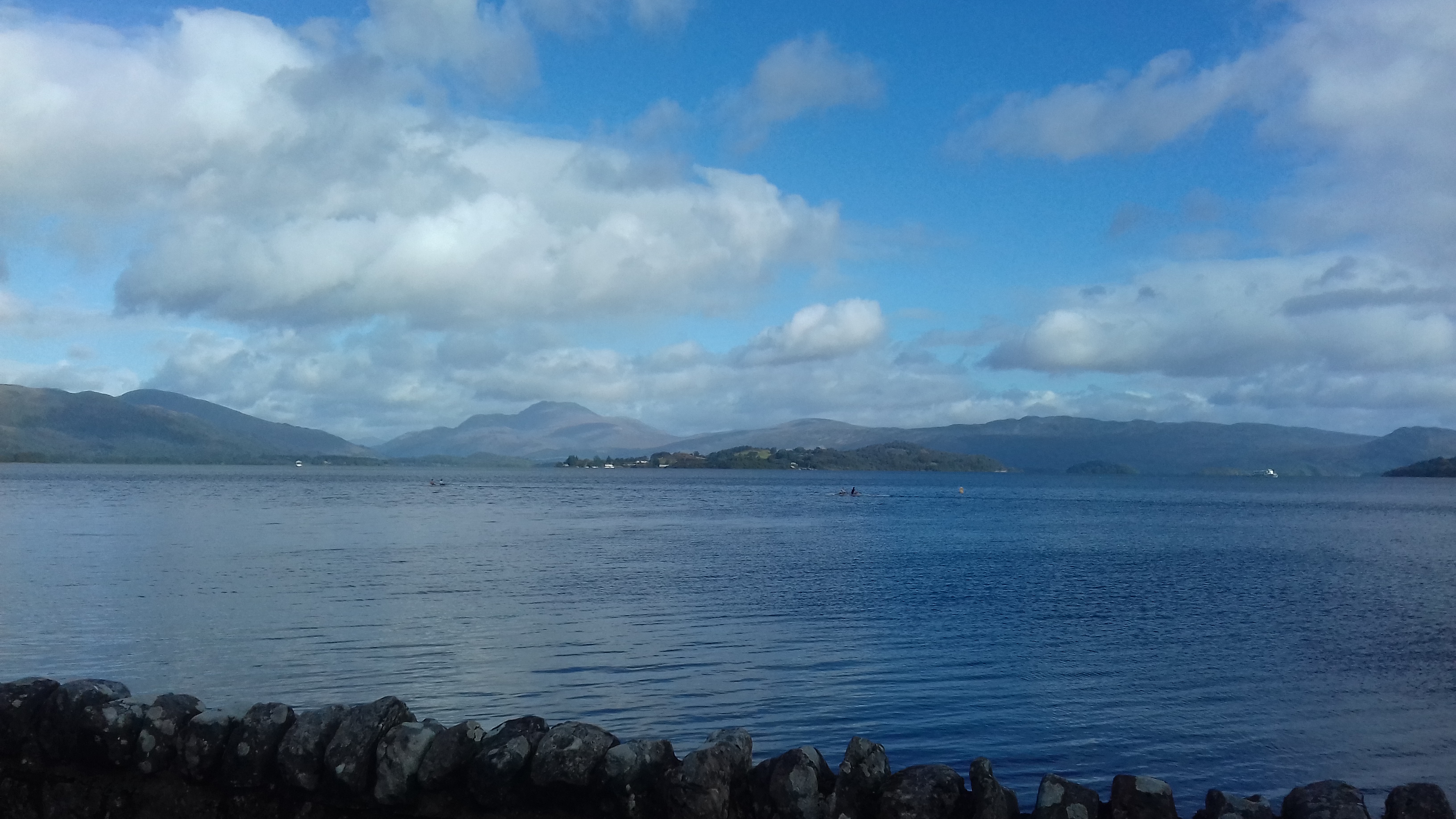 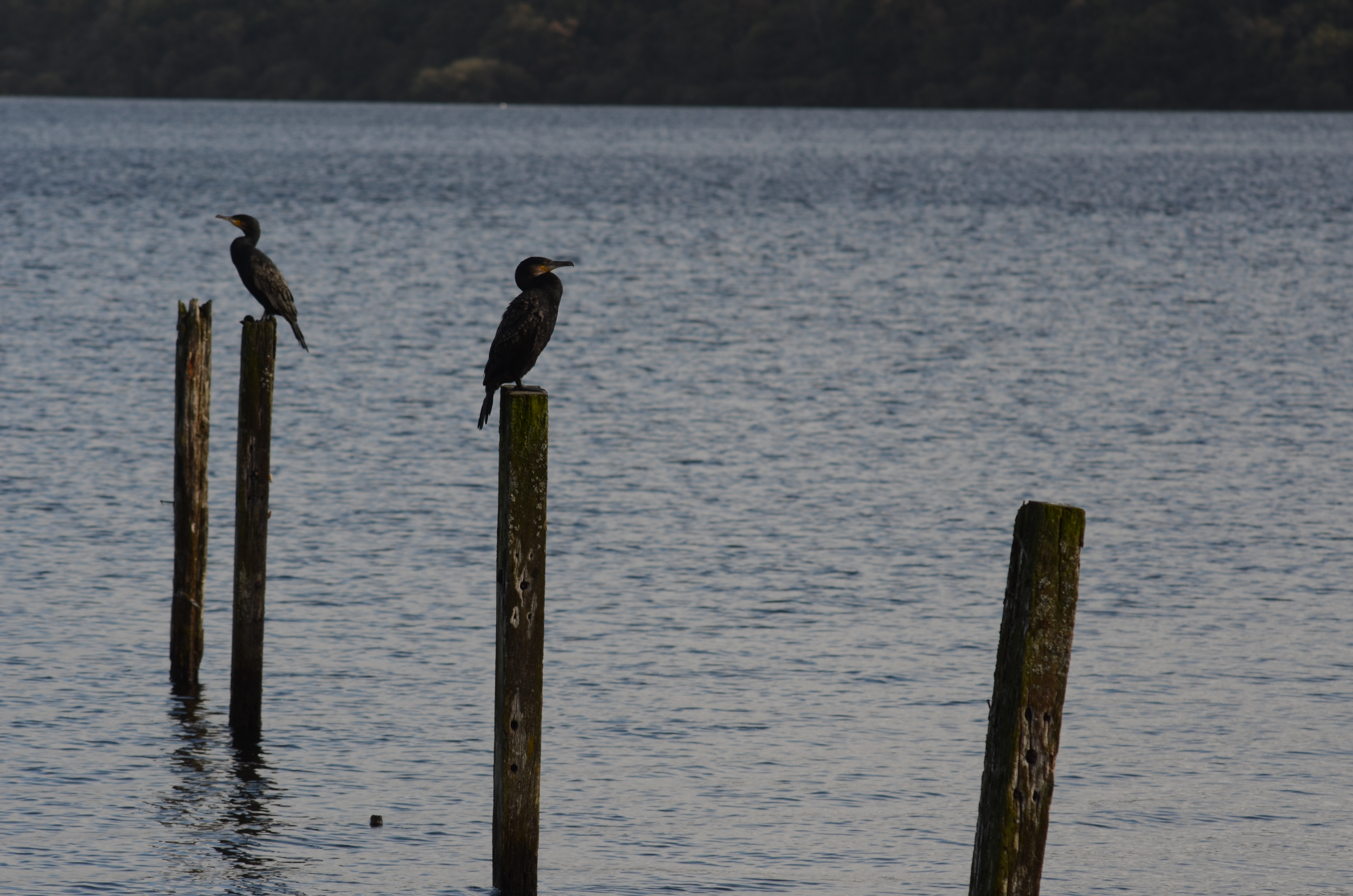 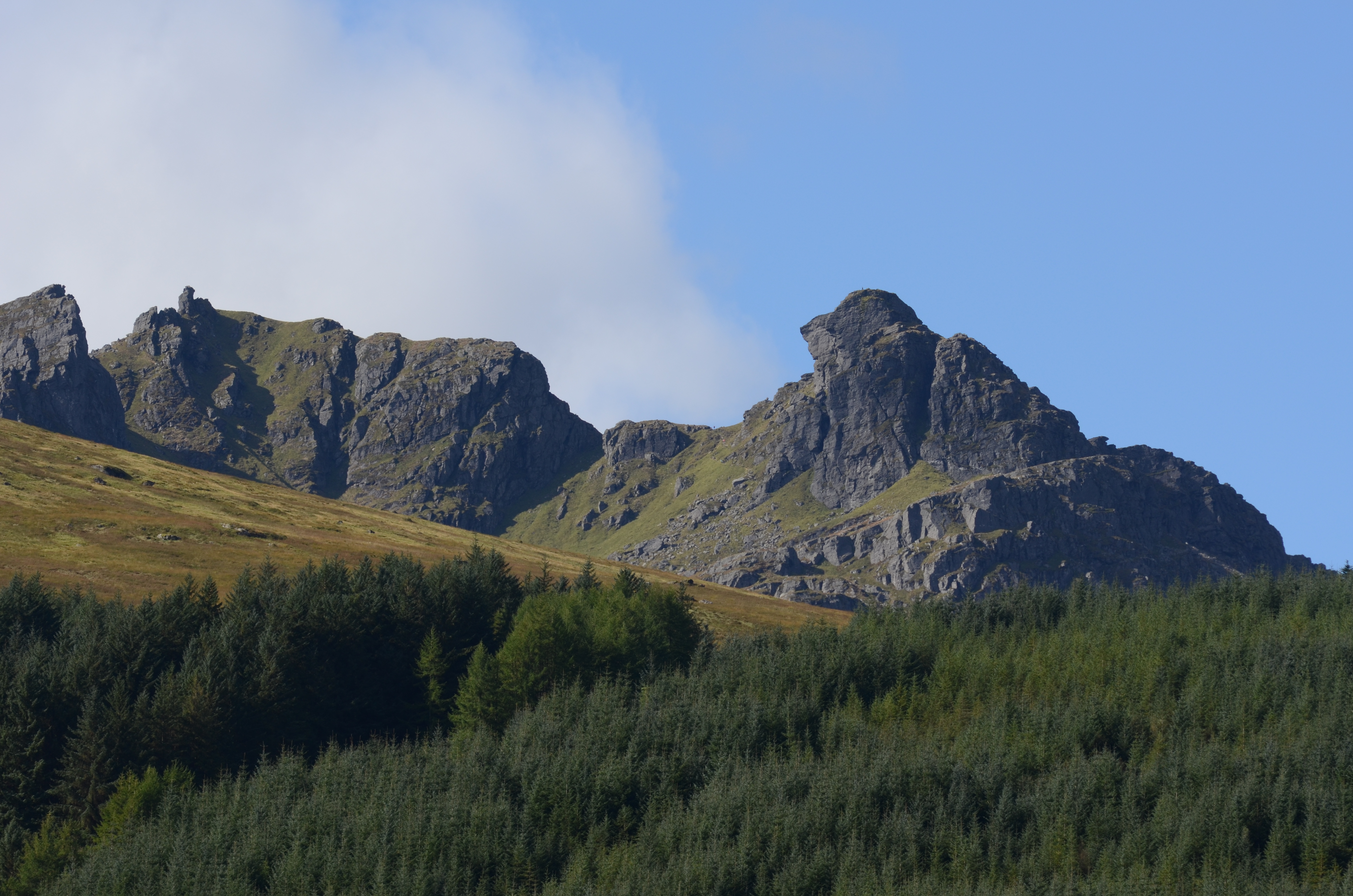 “The Cobbler” (also known as Ben Arthur).  At 884m high, it is known as one of the most impressive summits in the Southern Highlands.  It overlooks Loch Long at Arrochar.  I tried to get this photo on many recent trips, but it has always been covered in low cloud or mist.

Click here to see “The Cobbler” on Google Maps 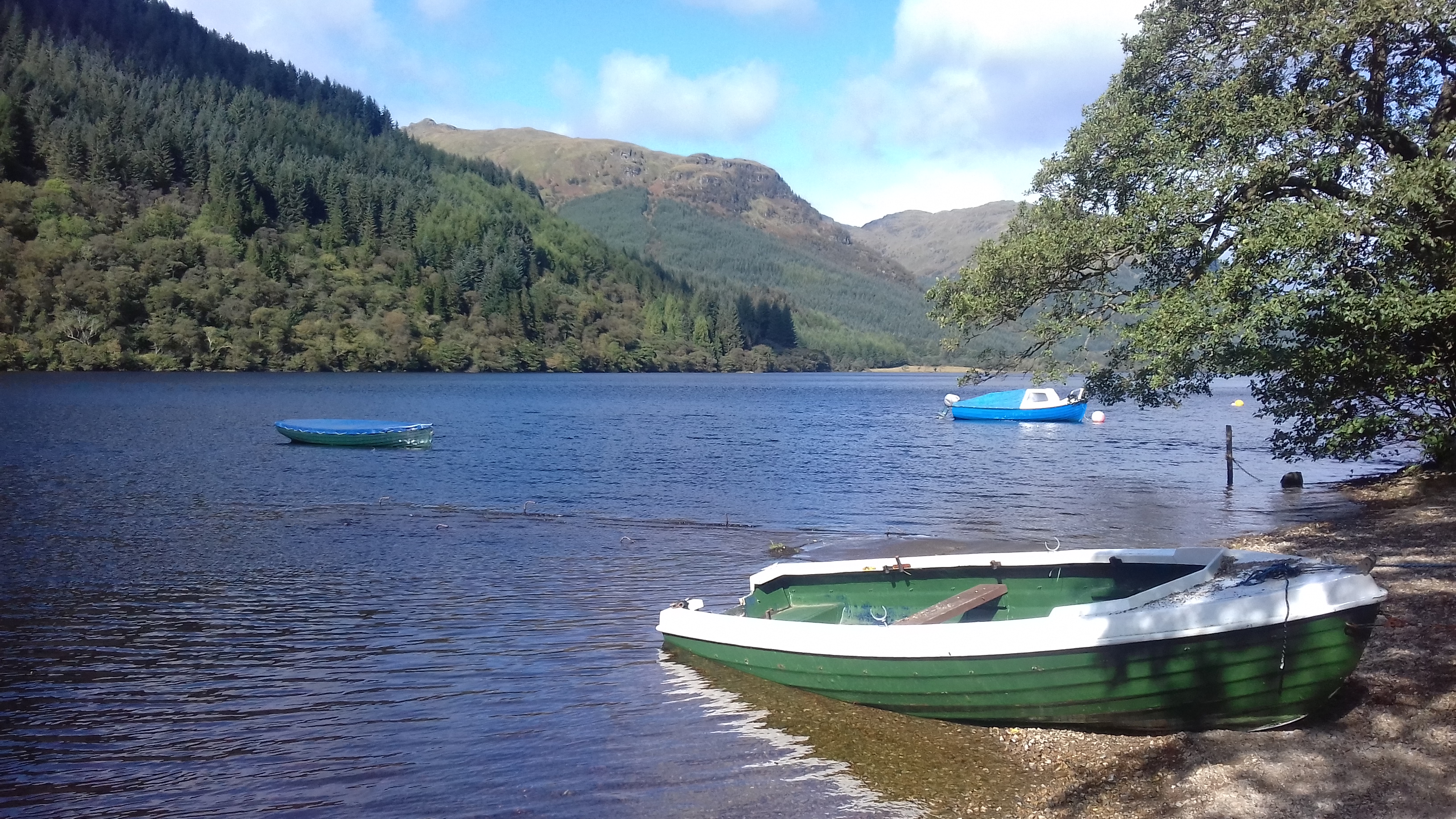 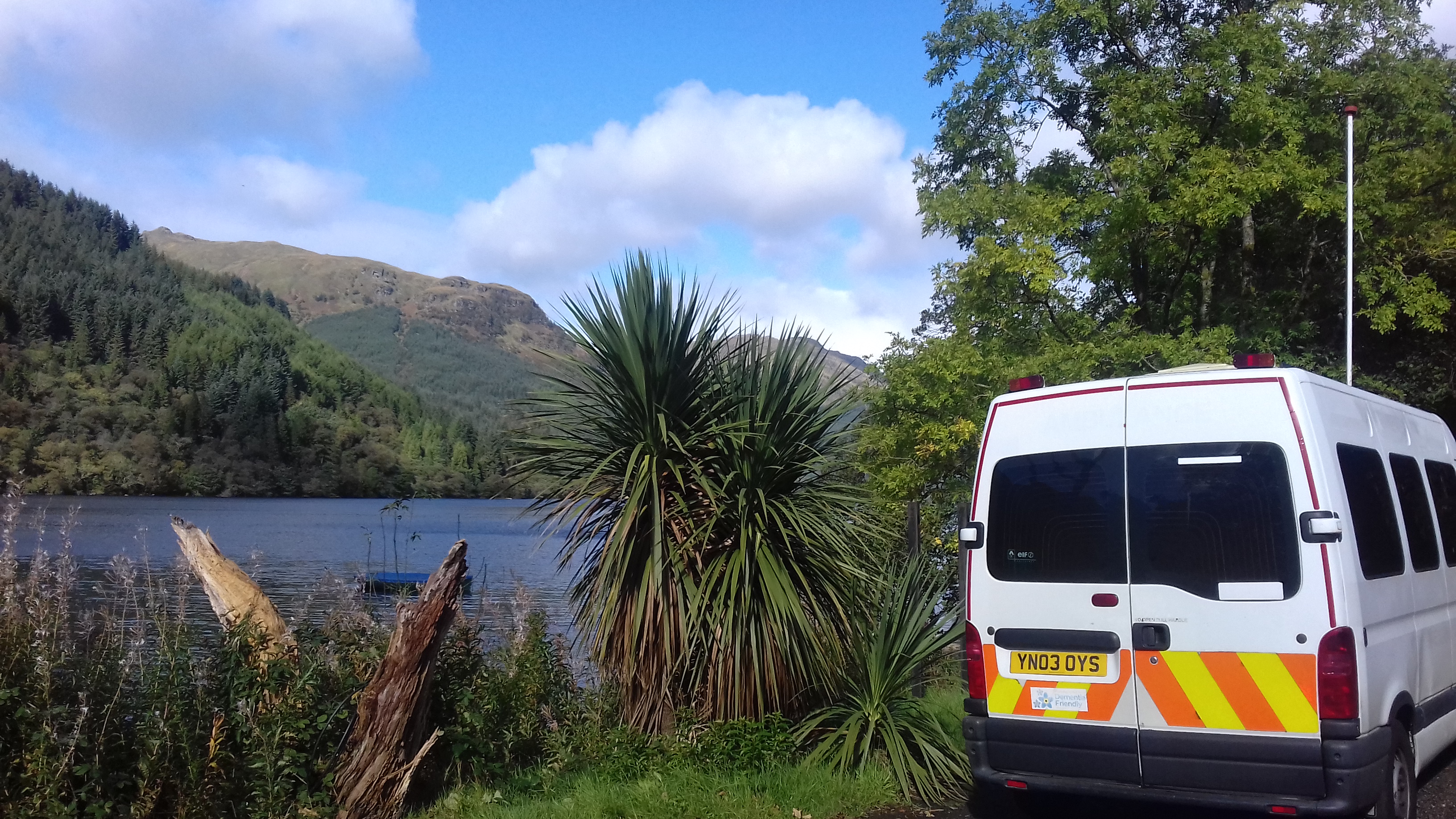 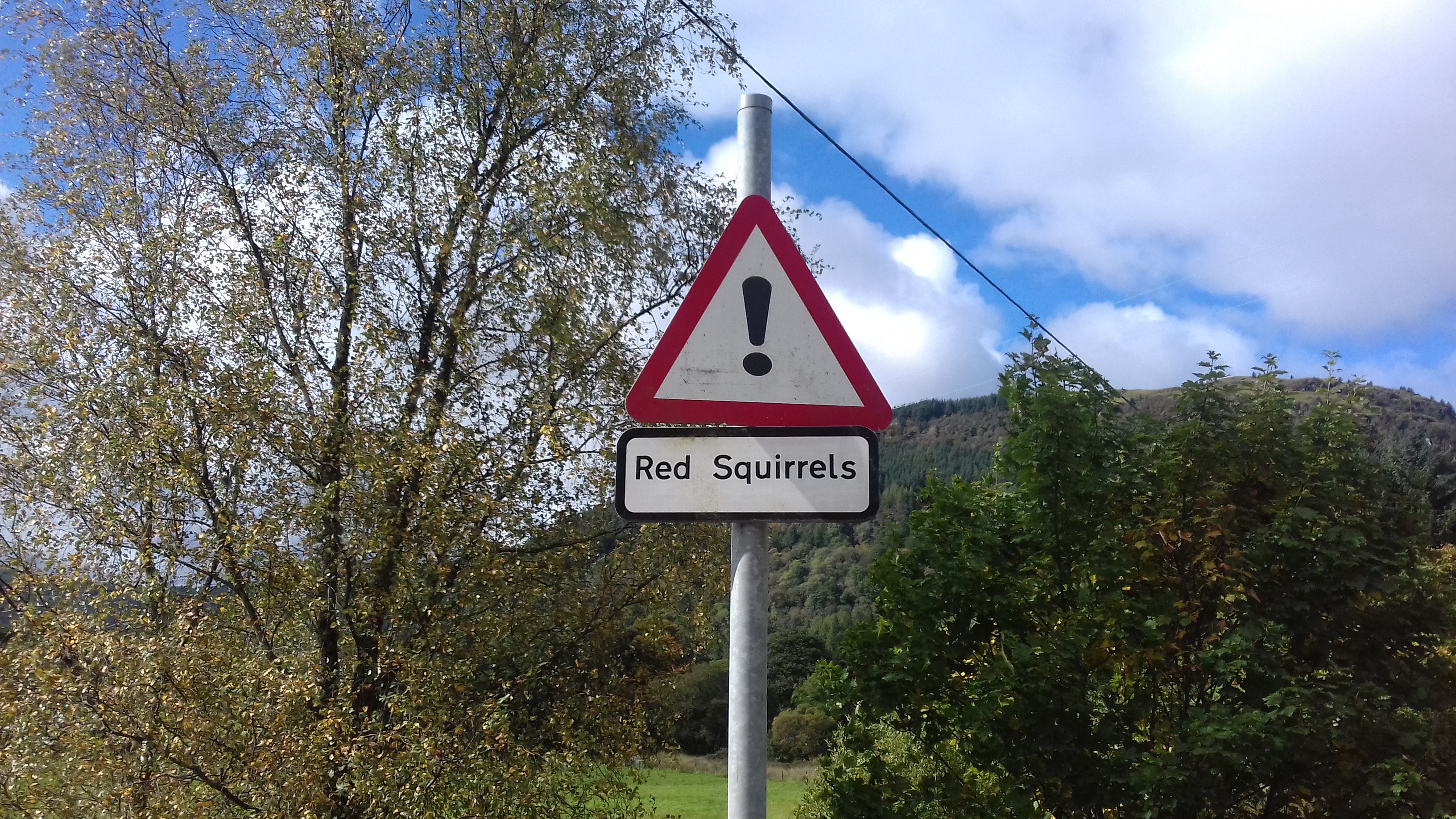 As I was taking the photo of the red squirrel warning sign (above), unknown to me, a red squirrel ran across the road behind me!  Doh!!!

We drove on through Dunoon and Innellan, towards Toward at the south end of the peninsula. 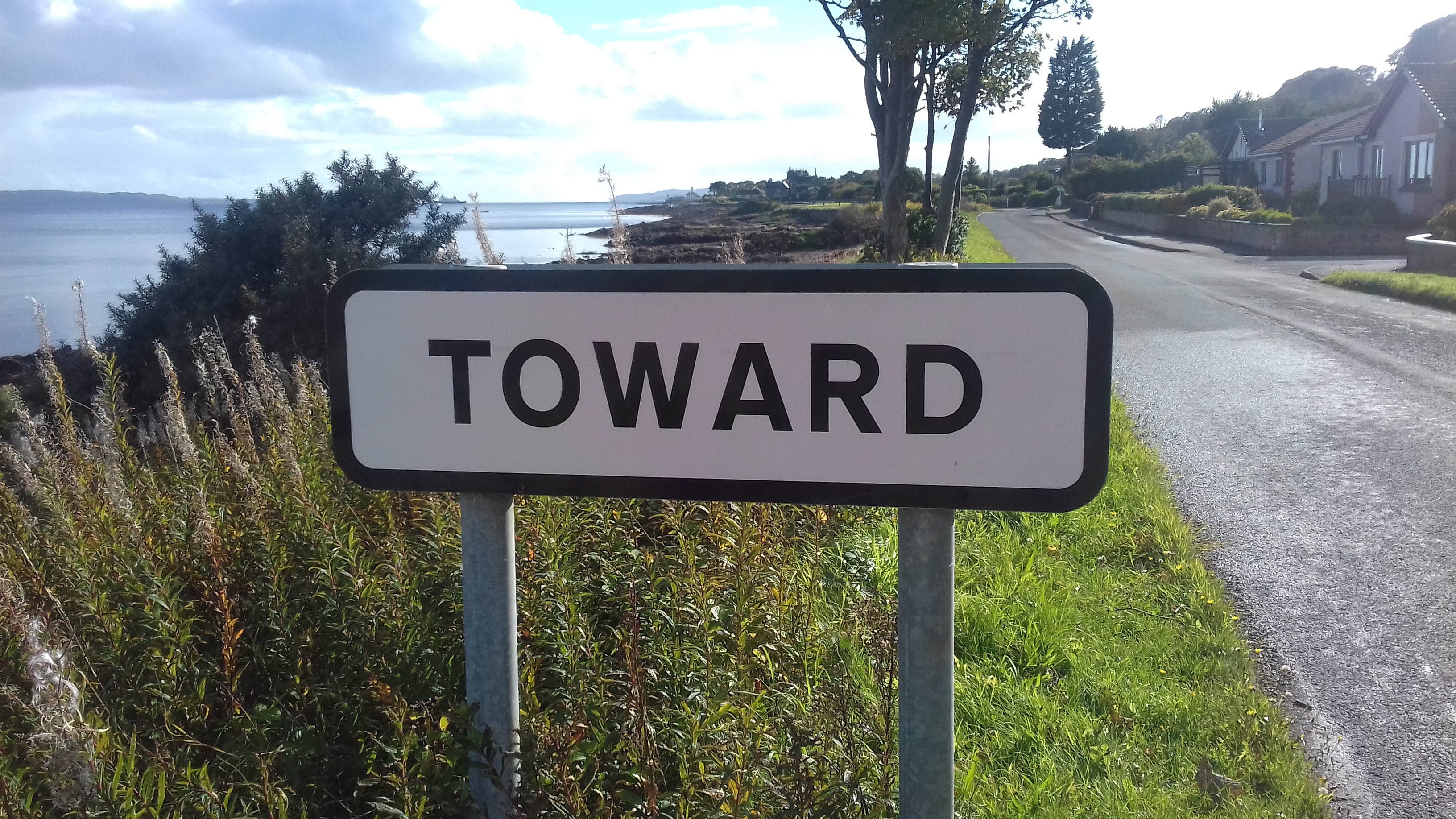 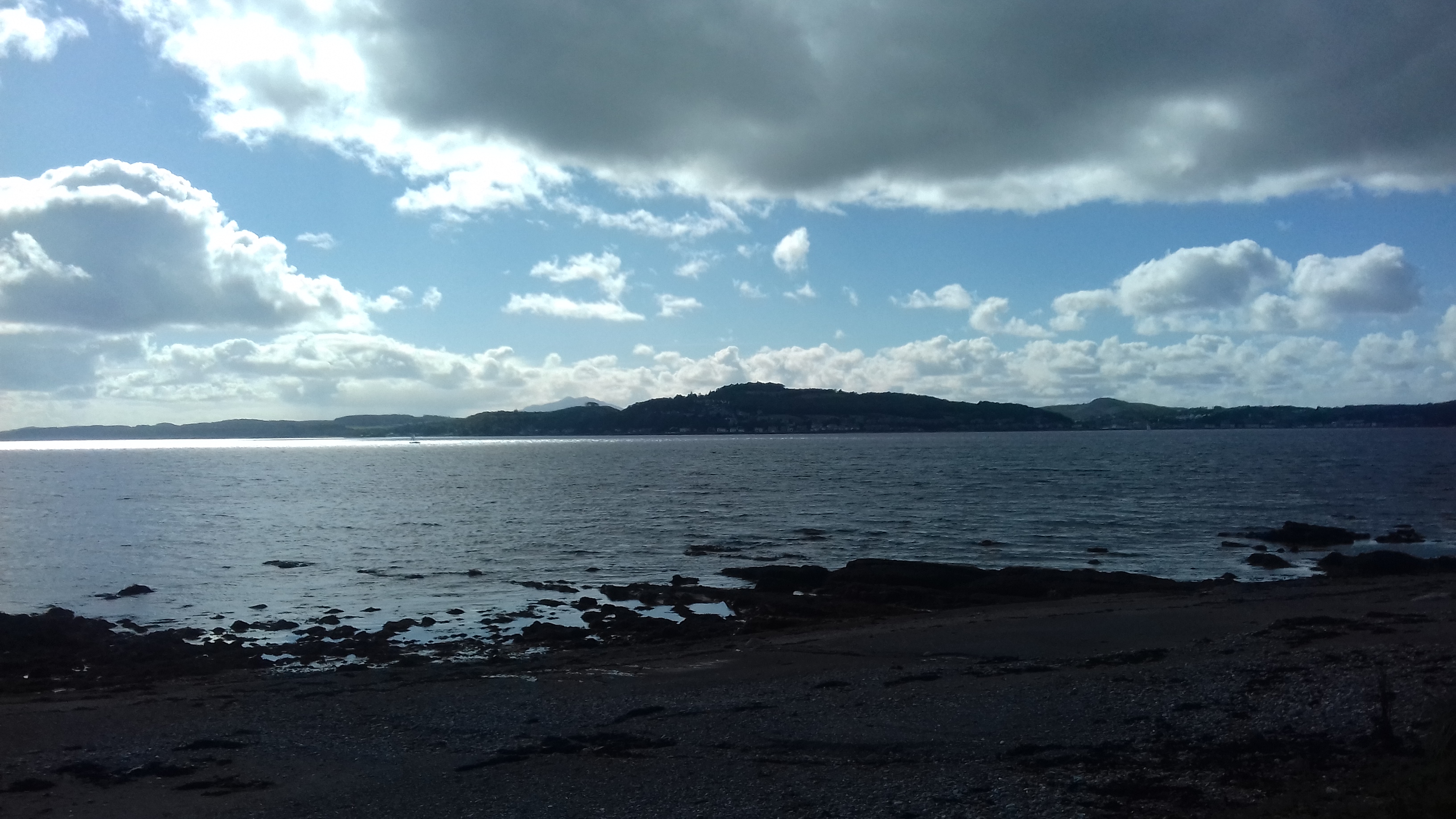 Toward Beach which looks towards Rothesay 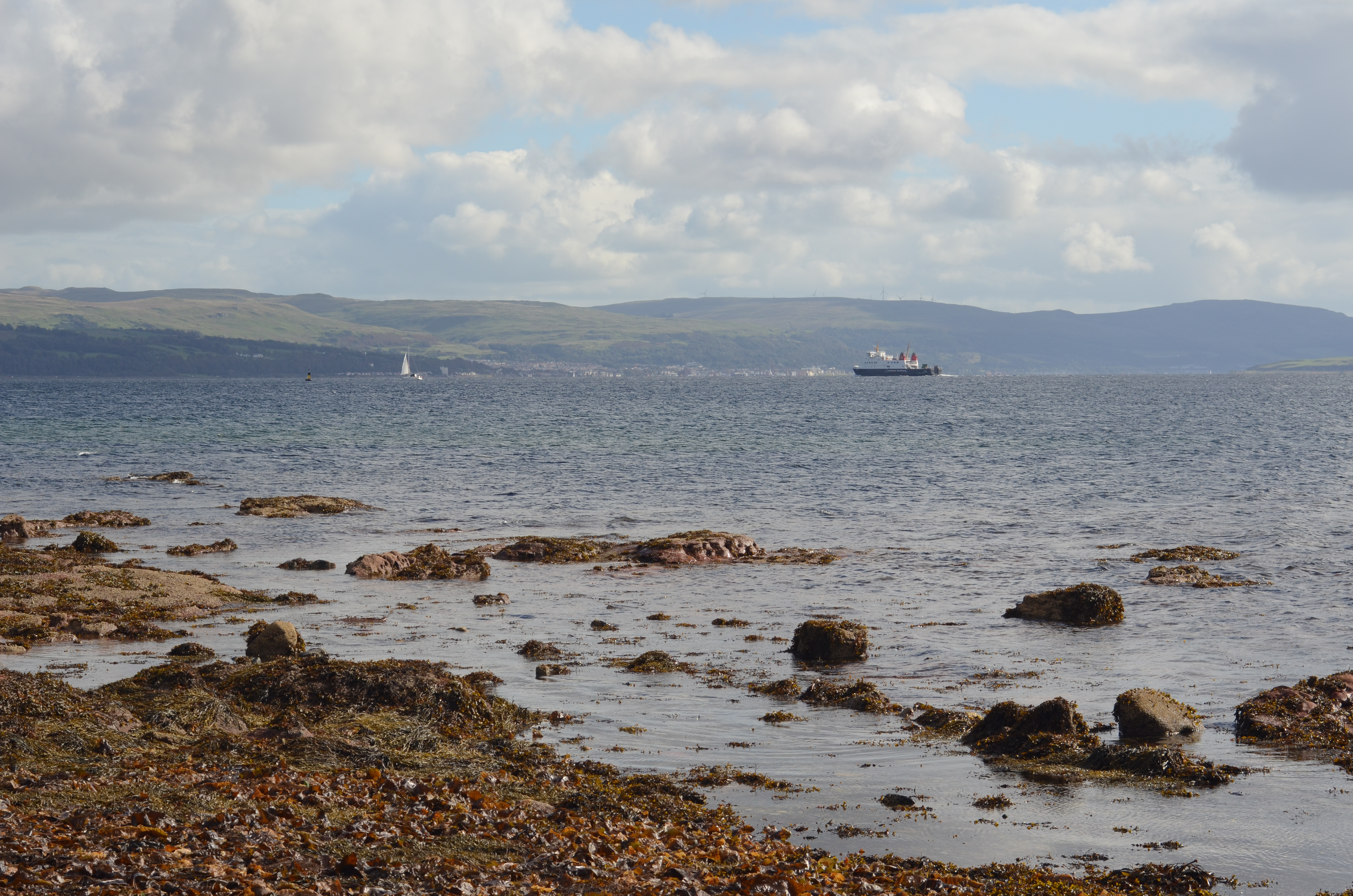 The Rothesay ferry going towards the mainland 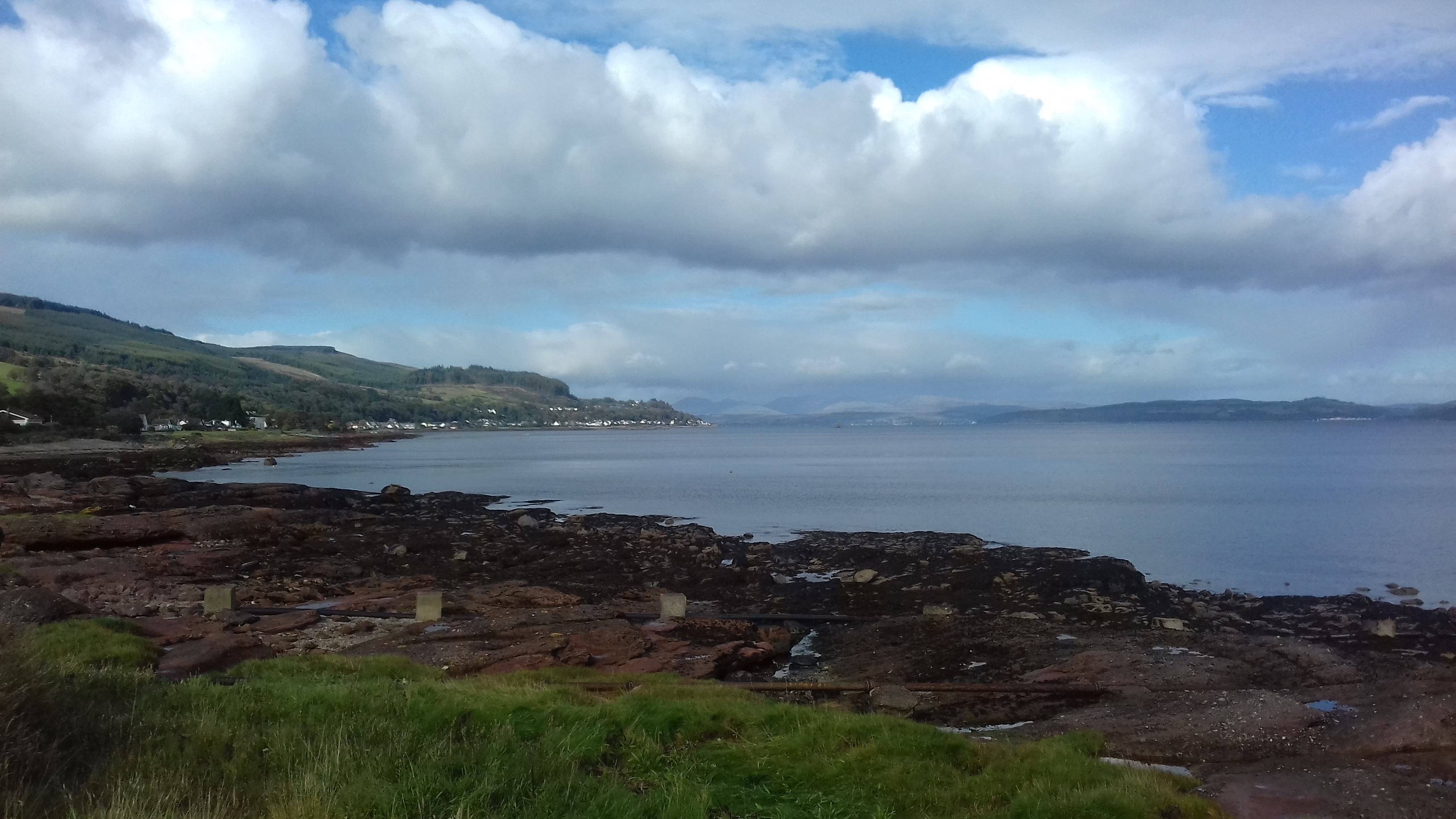 Looking up the coast towards the north east from Toward Beach 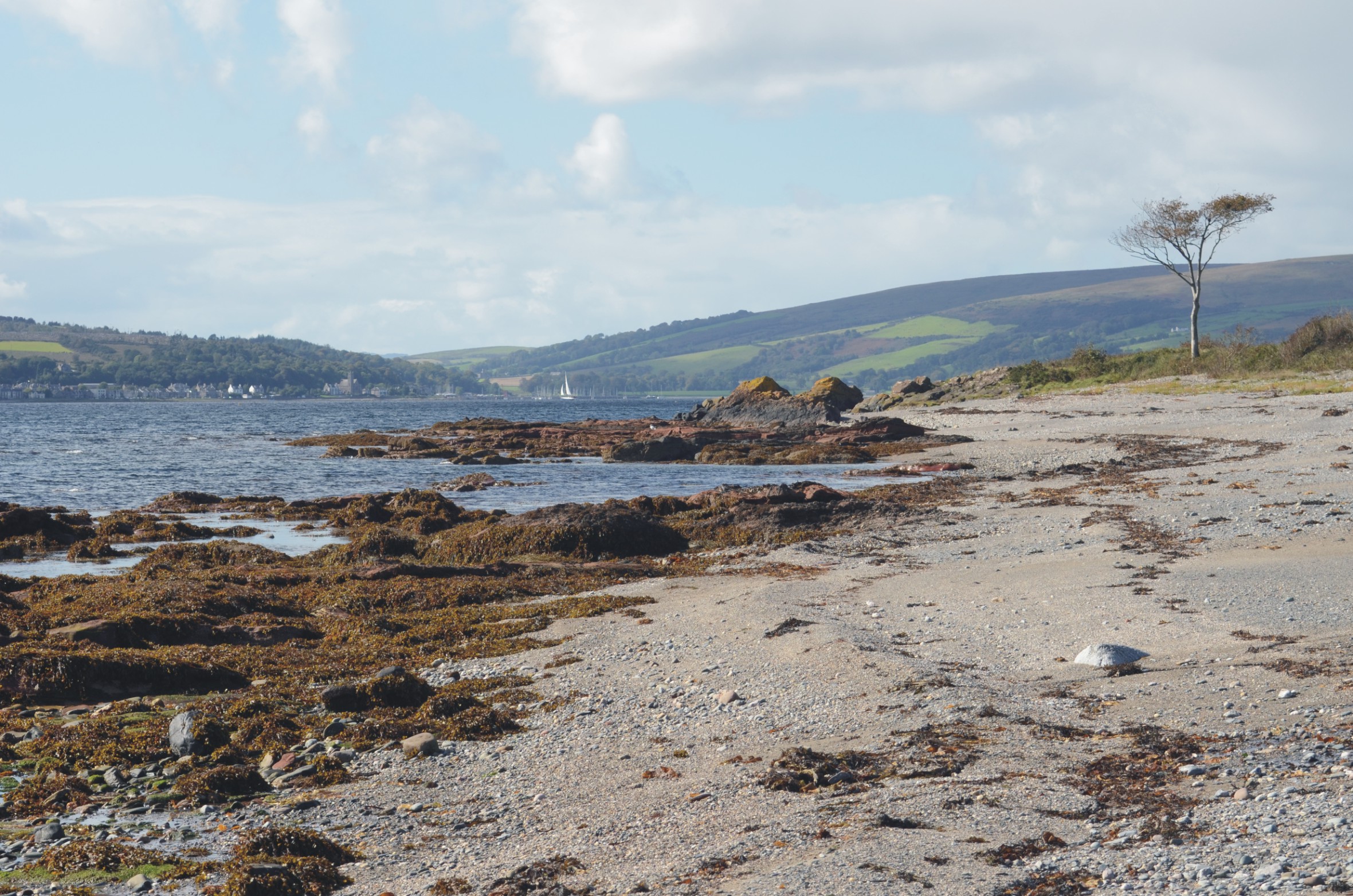 Toward Beach, looking towards Rothesay 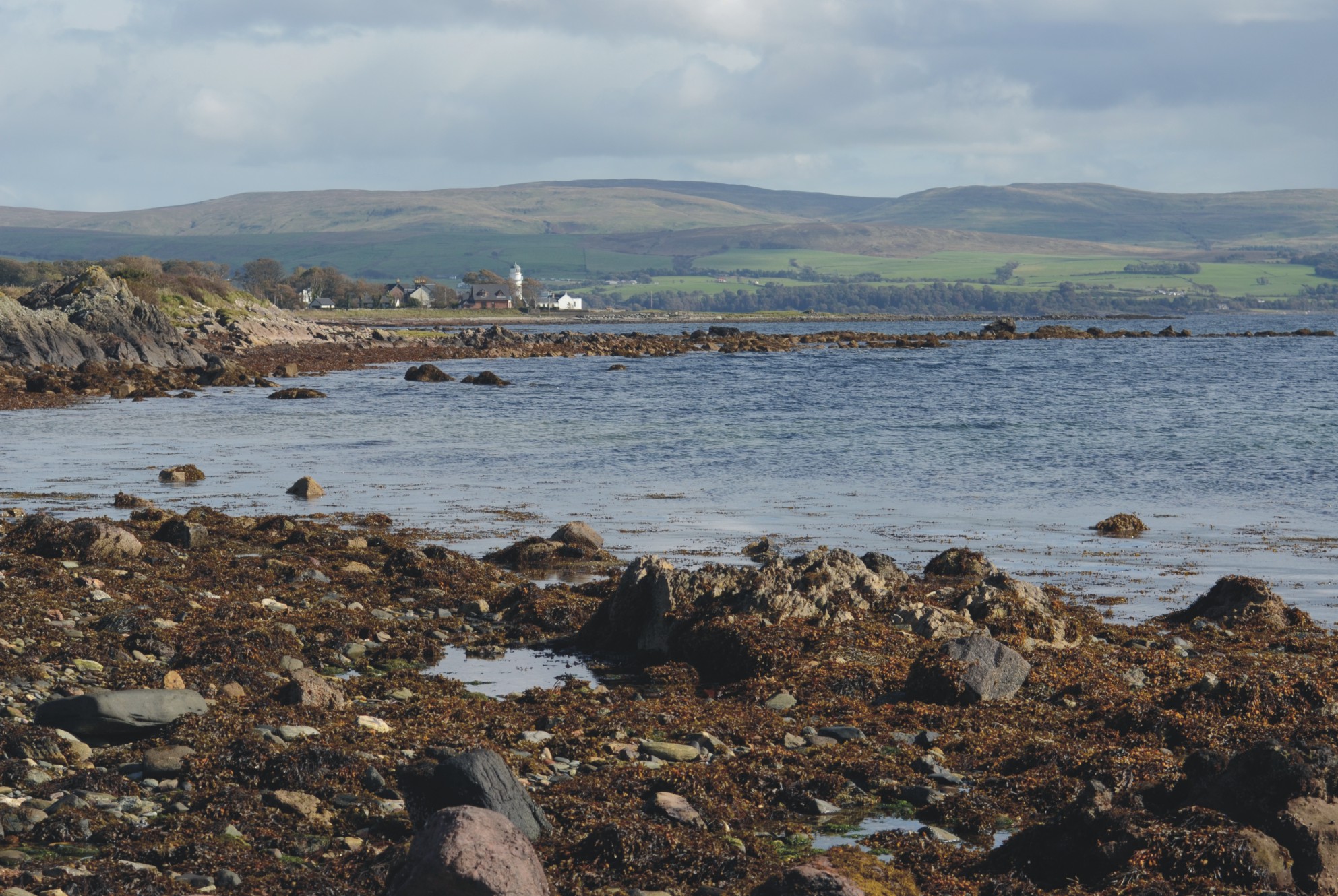 Looking towards Toward Light House from Toward beach 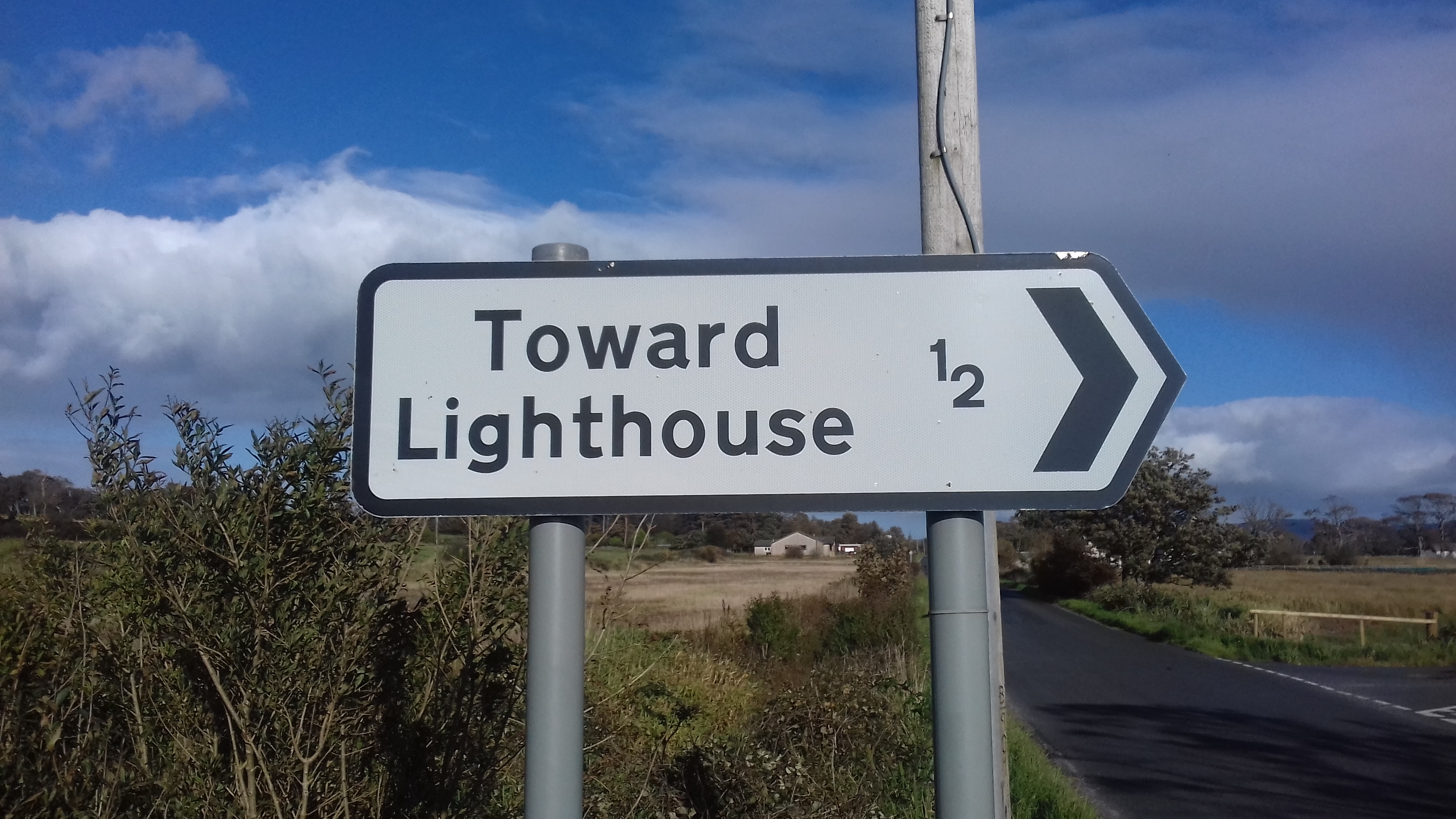 Road sign showing which way to go to Toward Lighthouse 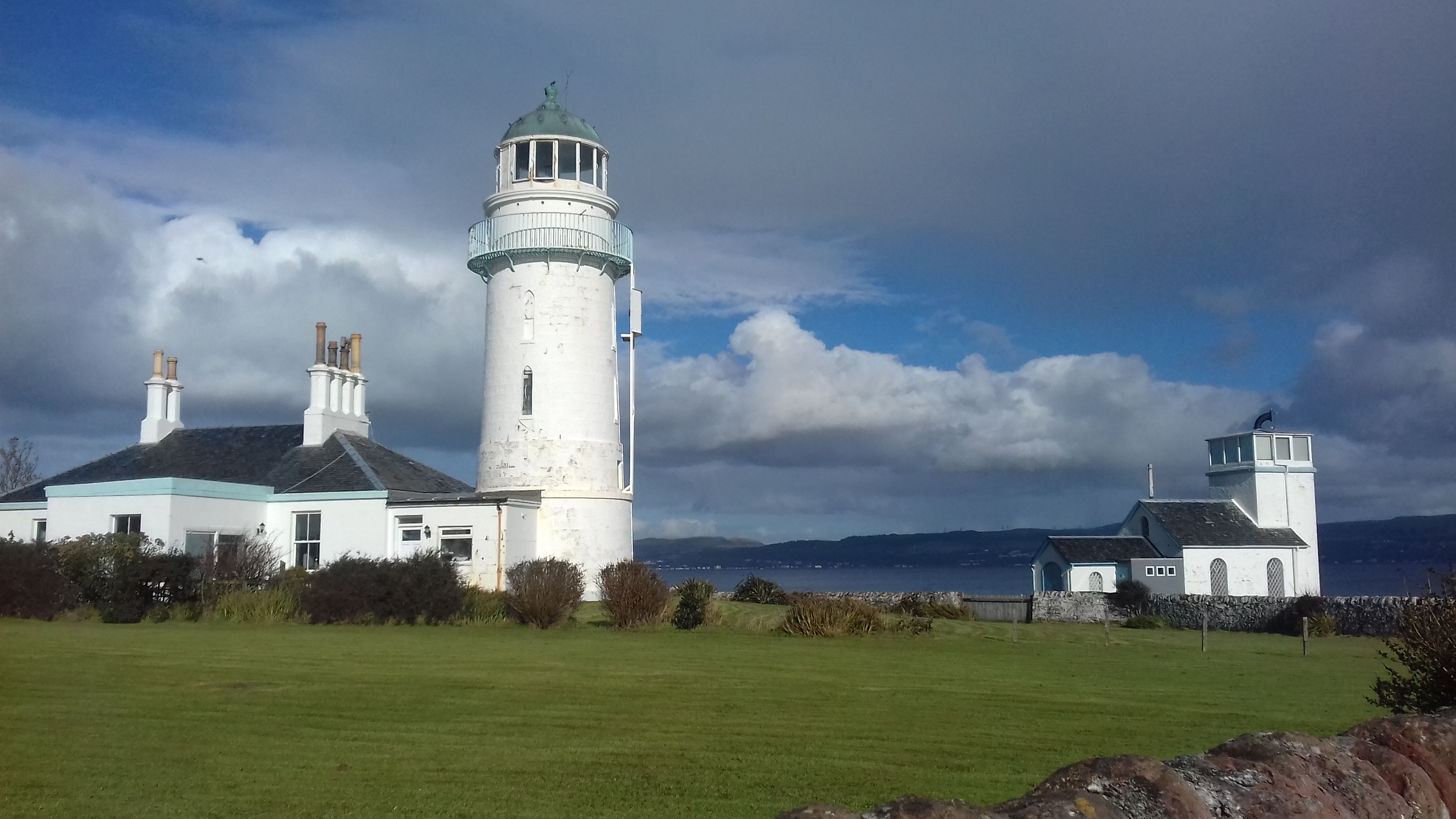 After dinner, we headed away from Toward, towards Innellan for our gig! 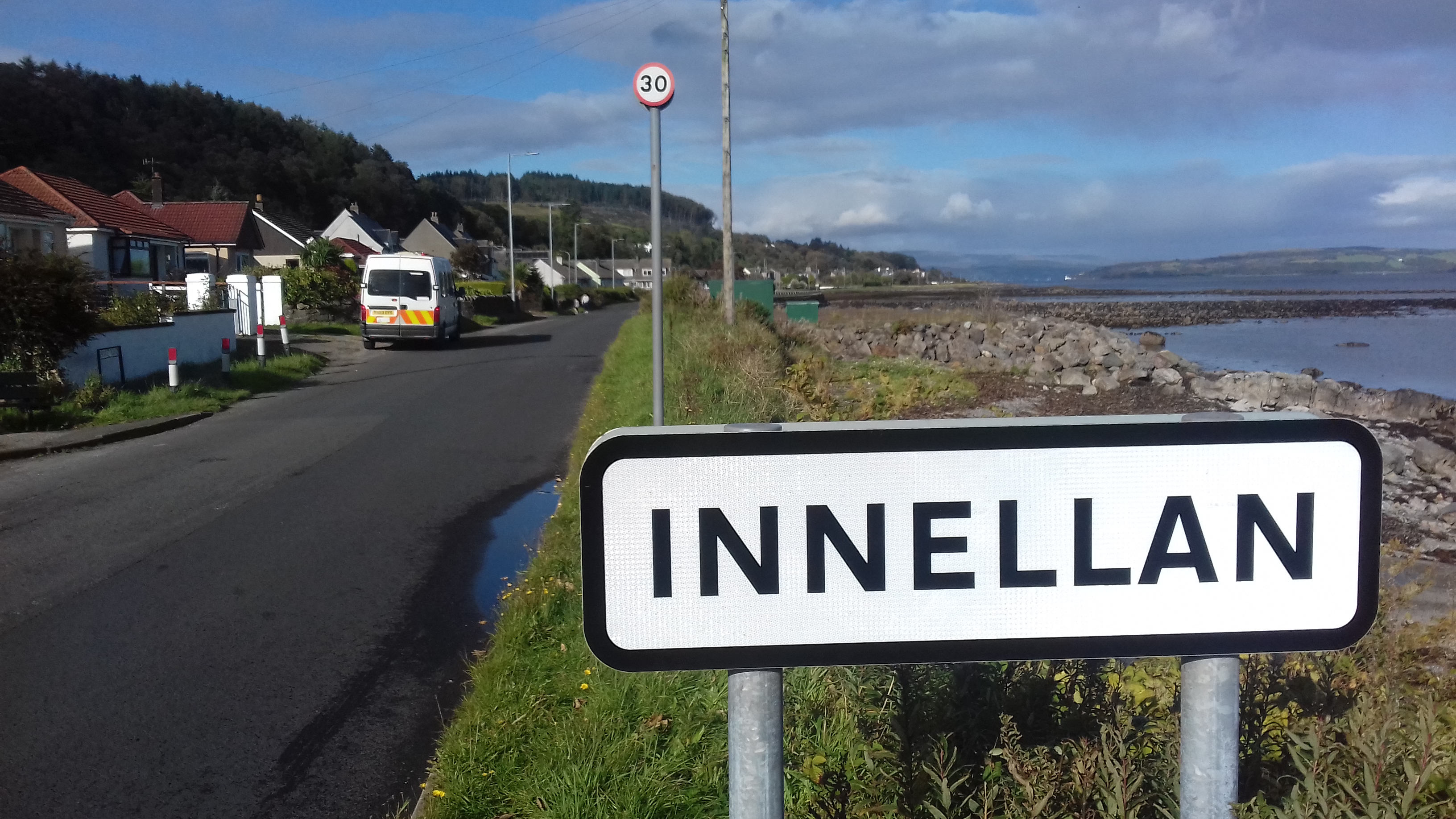 The village hall in Innellan is right on the banks of the Firth of Clyde.  Its a lovely hall dating from 1903 and is very well used (and loved!) by the local community.  As you can see from the photo (below), the roof suffered some damage in the recent storms, with a piece hanging off the right hand side. 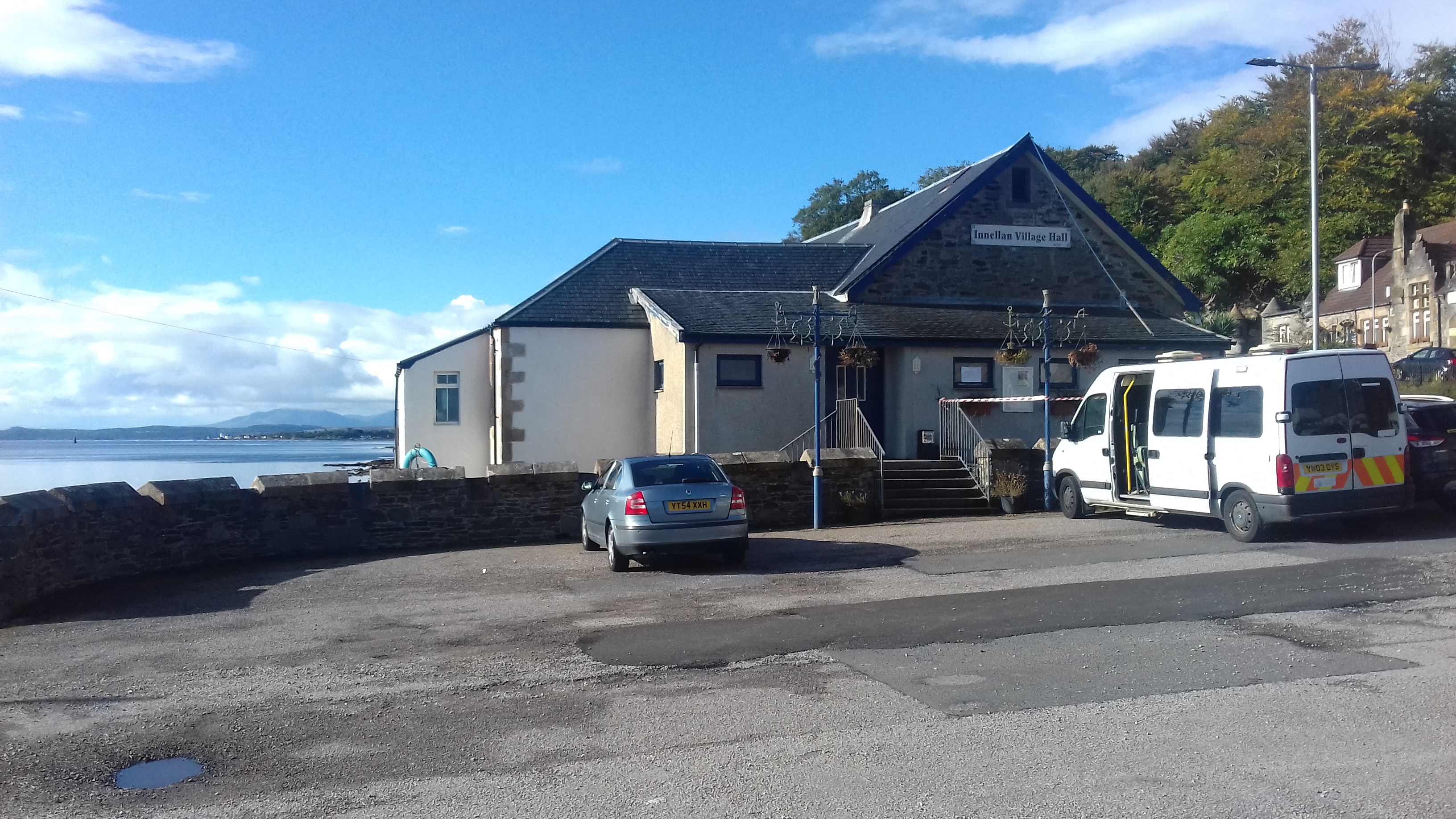 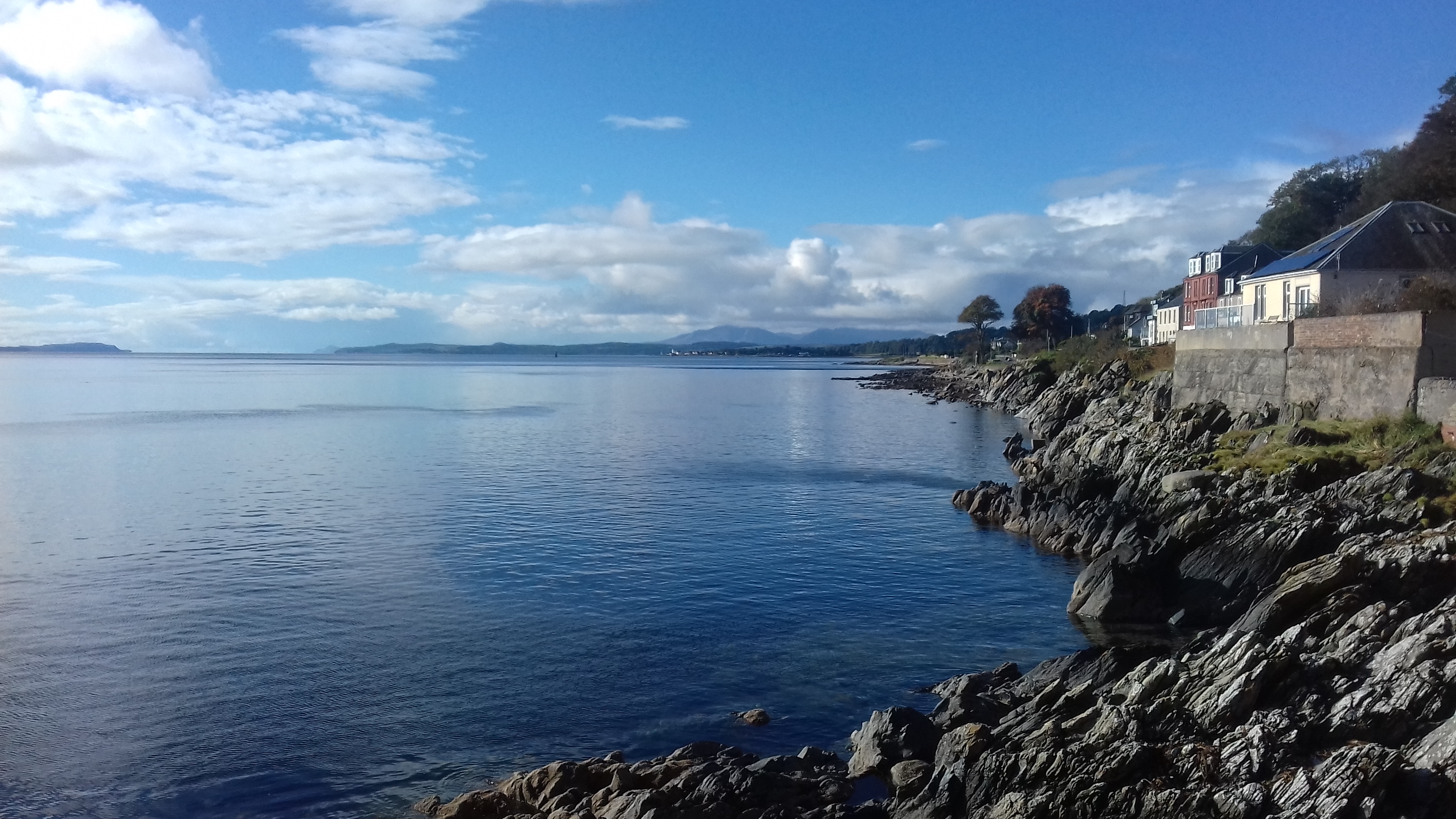 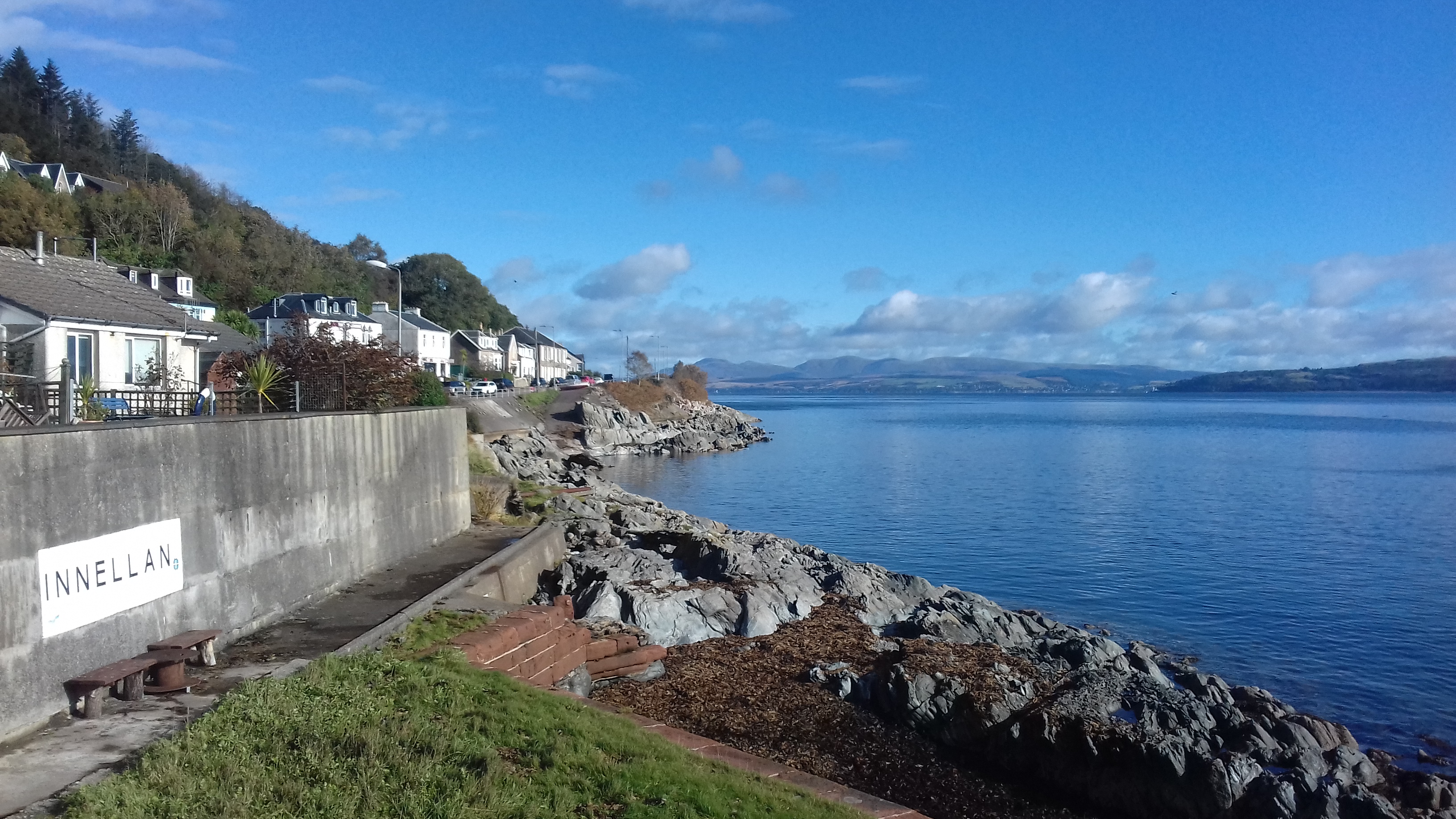 It was a fantastic gig for us!  A sell-out!  You couldn’t have squeezed any more people in.  A wonderfully warm, friendly, knowledgeable and appreciative audience.  An encore was requested…..and duly supplied by us!

The next morning we headed north back up the A815 towards Dunoon, and then stopped for coffee and croissants in our Tour Bus overlooking Holy Loch. 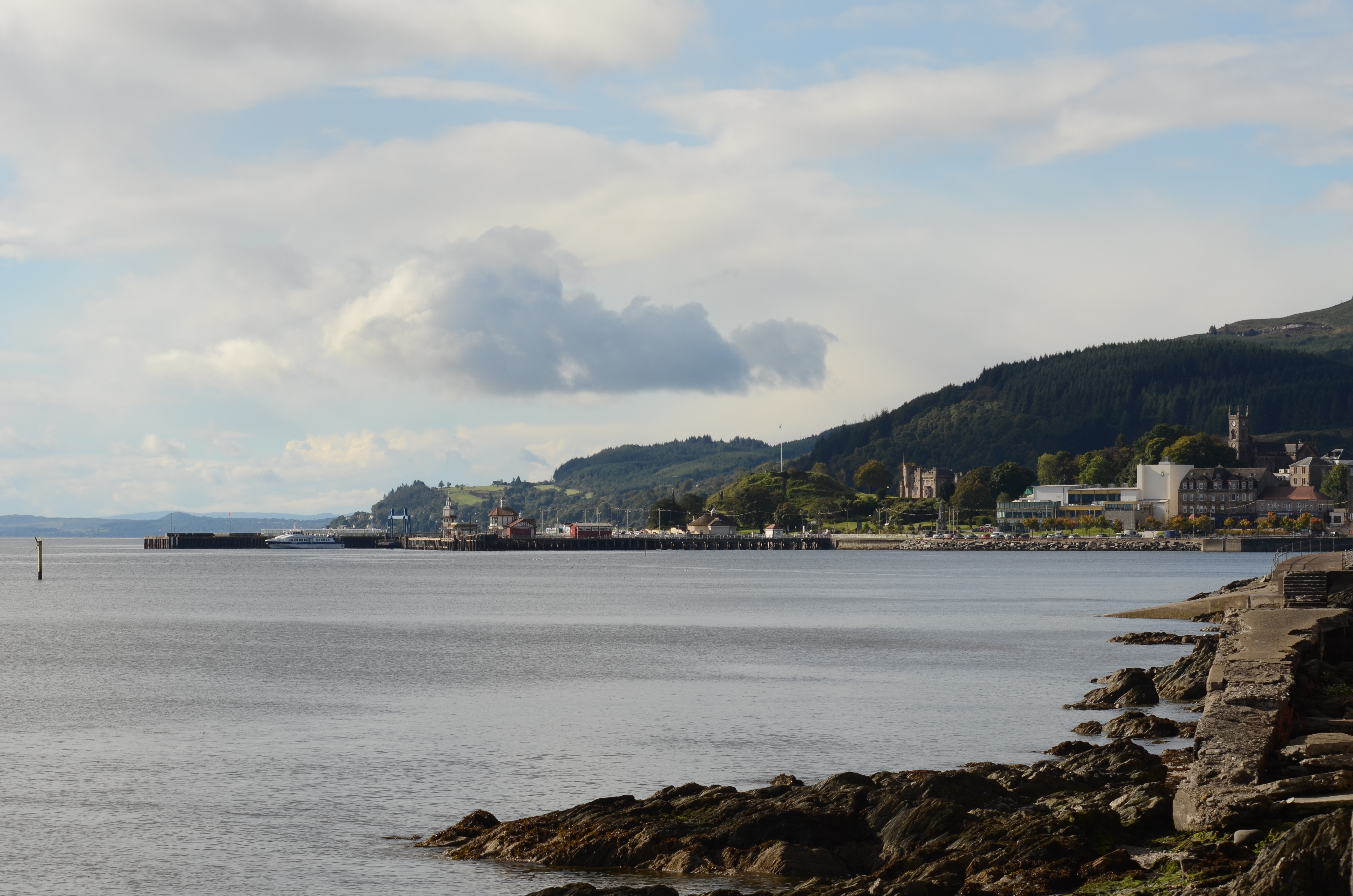 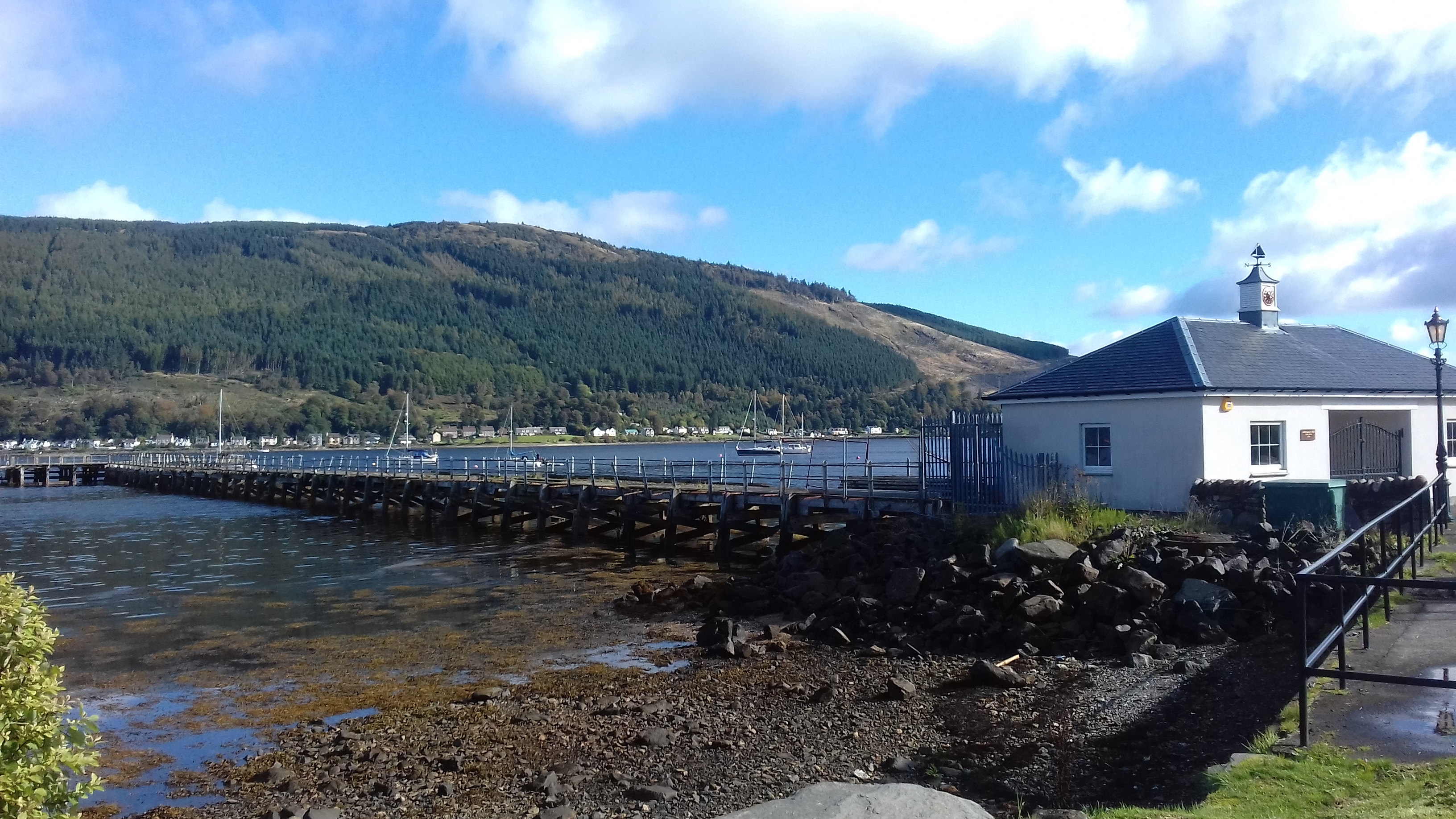 The Ardnadam Pier at Holy Loch, built in 1858 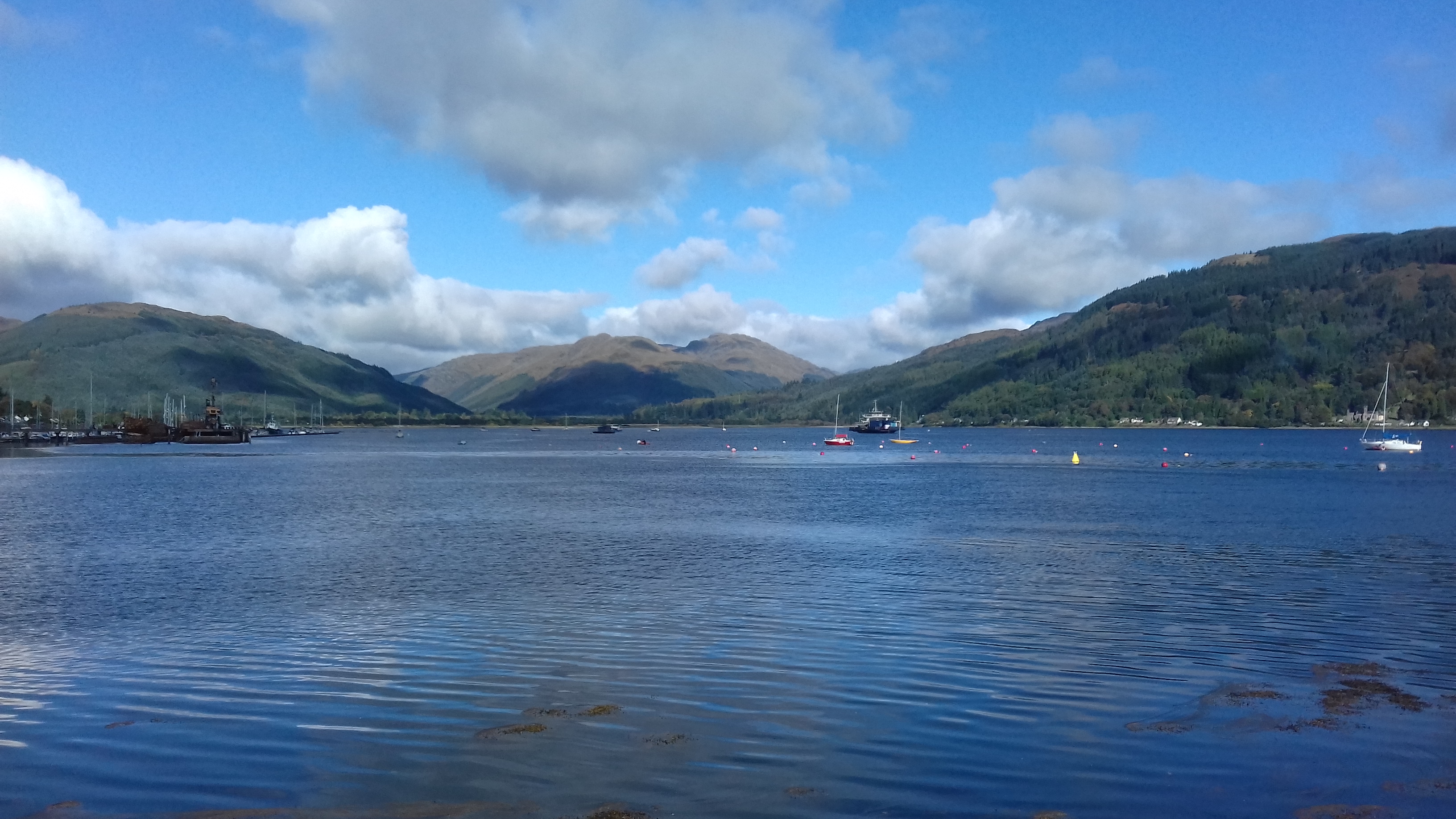 The era of the Clyde Steamer began in August 1812,  With the rapid industrial growth of Glasgow in the 19th century, people wanted to escape the city and cruise down the Clyde.  Over 300 Clyde Steamers were operating in 1900, going “doon the watter” until the 1960s.

During World War II, the Royal Navy had a base at Ardnadam Pier, and then in 1961, at the start of “The Cold War” and during a period of great tension between the east and the west, the American Navy arrived, bringing the first Polaris Nuclear Submarines.  Local people were terrified that missiles capable of bringing world carnage were on their doorstep.  The US base closed at the end of the Cold War in 1991.

We headed on back through Arrochar and down Loch Lomond again, stopping for a cup of tea in our Tour Bus at a layby near Buchlyvie with a different view of Ben Lomond, and then home.  A very enjoyable trip indeed! 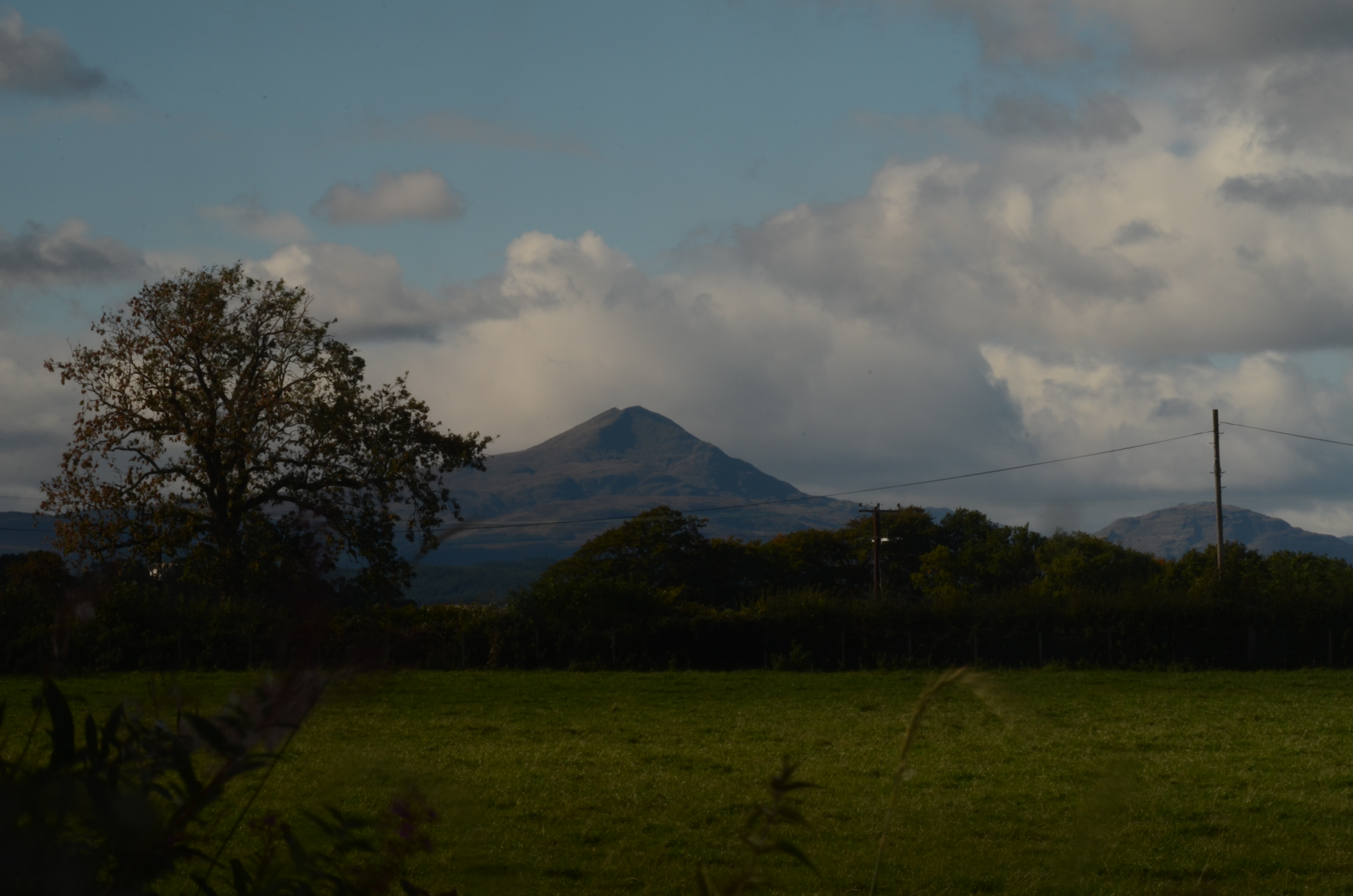 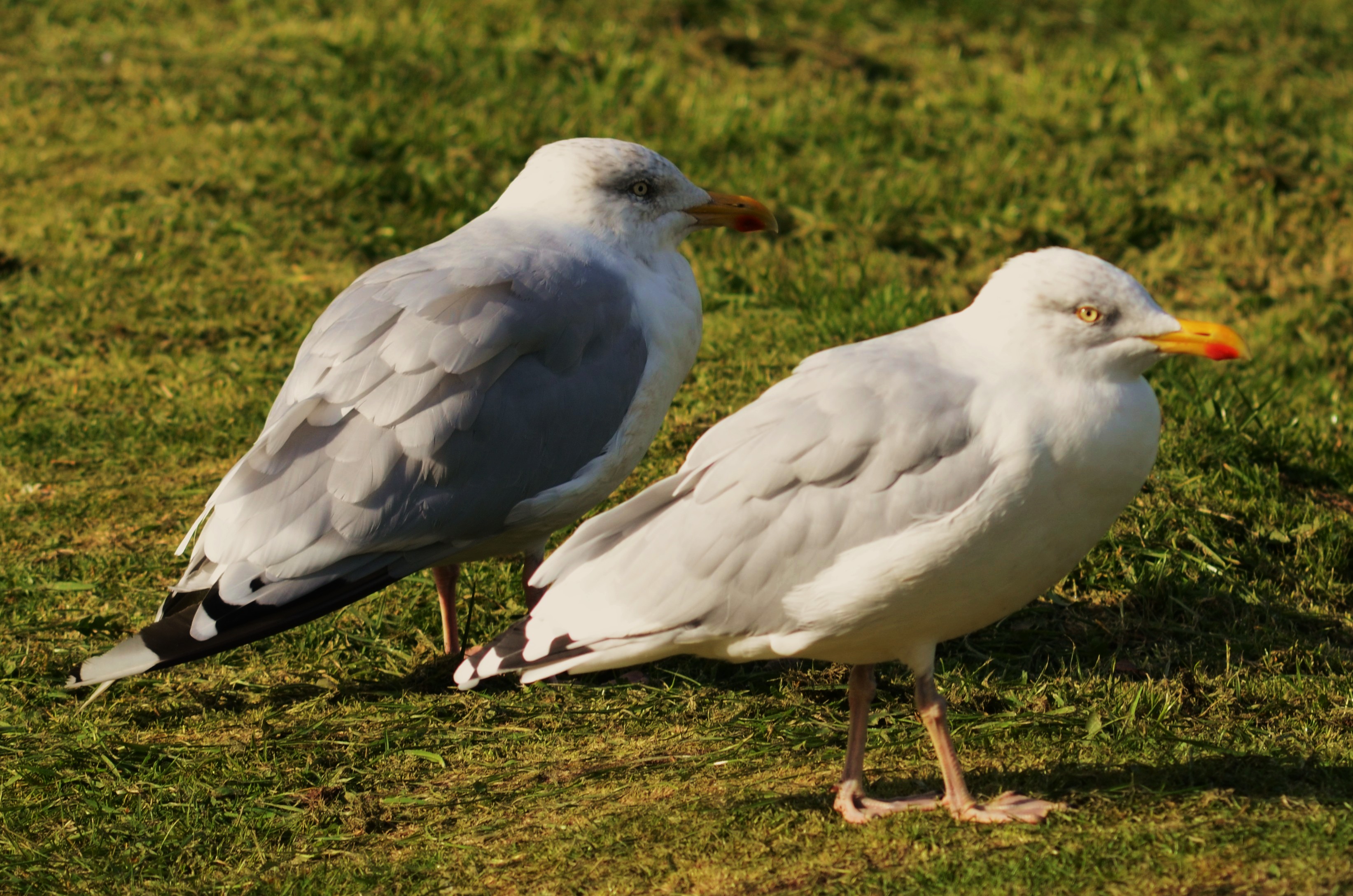