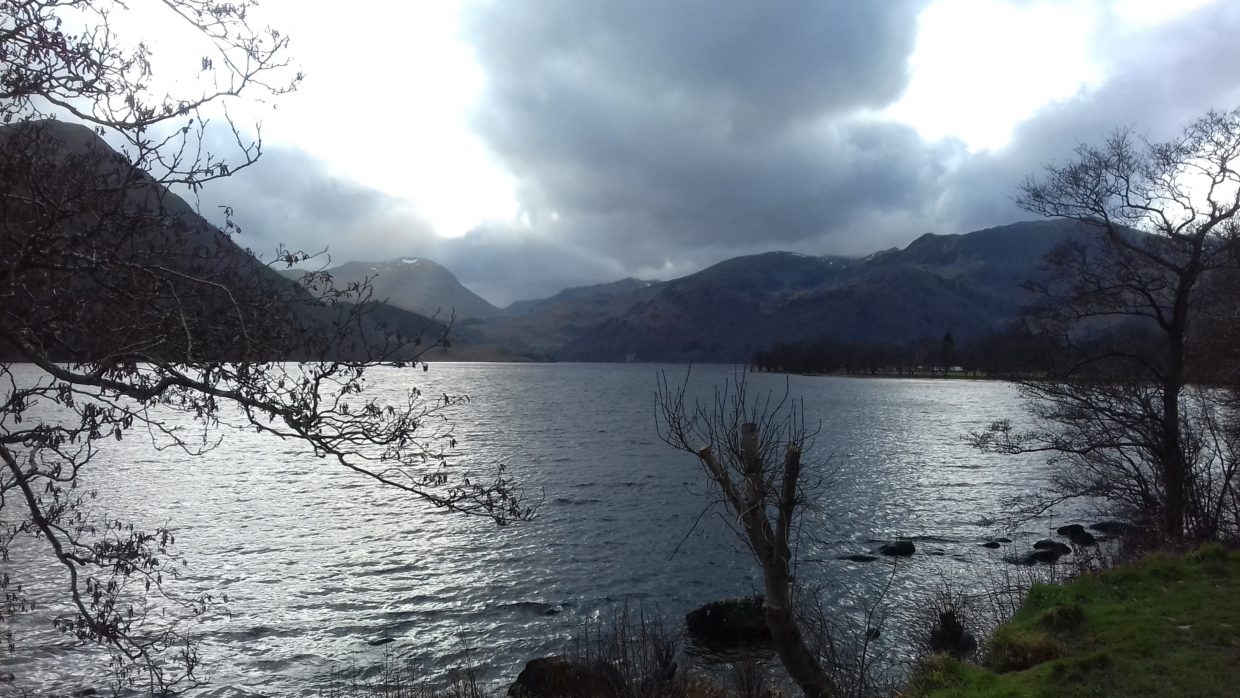 We started the year with some trips to the Scottish Borders, Northumberland and The Lake District. This winter has been very mild so far with little or no snow. (Spring-like in February!!!)

Our first concert of the year was in Ashkirk Village Hall. We received a very warm welcome and response indeed, in this villiage just off the A7 about halfway between Galashiels and Hawick. A great start to the year!

Our next January concert was at Knott Memorial Hall in Heddon-on-the Wall near Newcastle (the “wall” being Hadrian’s Wall). Its a beautiful old hall with wood panelling. This venue was used in the TV drama series “Joe Maddison’s War” starring Kevin Whately, Robson Green & Derek Jacobi. You can watch a clip here (the inside of the hall appears about 1 minute in):

It was a very enjoyable gig for us, but unfortunately, on the way to pick me up, our Tour Bus broke down, so we had to go by car and come back the Edinburgh the same night – getting to bed about 2am. Luckily it was minor repair that was fixed easily and cheaply.

February took us back to the Newcastle area where we playing in Newton & Bywell Village Hall. Two friends (Simon & Leander) from Cornwall appeared out of the blue! Great to see them both. Then on to Cumbria the next day to play in Burton-in-Lonsdale Village Hall near Carnforth. It was a small hall (a former Sunday School, I think), but very nice. A warm appreciative audience greeted us. Here’s some audience pics:

The following weekend we headed south from Edinburgh again to the village of Fountainhall, again, just off the A7. Another very warm welcome by the committee into their newly refurbished (and very nice!) hall. And we stayed the night in the car park of a former cattery. Purrrrfect……!

The following weekend we headed south from Edinburgh again to the village of Fountainhall, again, just off the A7. Another very warm welcome by the committee into their newly refurbished (and very nice!) hall. And we stayed the night in the car park of a former cattery. Purrrrfect……!

The next day we headed to the foot of Ullswater in The Lake District for a concert in the Glenridding Public Hall situated at the foot of a 950m high mountain called Helvellyn. We were warmly greated with coffee and chocolate biscuits (always a winner with us!). The audience was unbelievably warm and enthusiastic (we thought the applause would never stop!!!). Fantastic experience. Falling asleep and waking up in the morning to the sound of the river (The Ulls Water) was very relaxing, in this beautiful part of the world.

We were to return to this area the following weekend, but before that, had a concert in the Chirnside Community Centre, near Duns. Another beautifully refurbished old building with nice acoustics. No hall car park to stay in here, but Caroline & Bob very kindly allowed to stay over in their driveway.

Jim Clark, the former F1 British Racing Champion, went to primary school in Chirnside, and indeed is buried in the village.. There is a Memorial Clock to him outside the Community Centre. His first F1 Grand Prix was in 1960, and he went on to win the Driver’s World Championship in 1963 and 1965. He won 25 Grands Prix in his career as well as the Indianapolis 500 in 1965. He was killed in a racing accident at Hockenheimring in West Germany in 1968.

The last concert of the month was at the top end of Ullswater in Watermillock. A nice old hall, and again, a very warm reception from the audience. There were freshly cut daffodils on every table (in February!). We woke up the next morning to Spring sunshine (in February!), bird song and the glorious sound of a babbling brook. Magical!

All in all, a very good start to the year!

We are performing in the Edinburgh Festival Fringe again this year. It’ll be our 15th year at the EdFringe! Tickets are on sale now (and are selling well!). Further information can be found on our website.