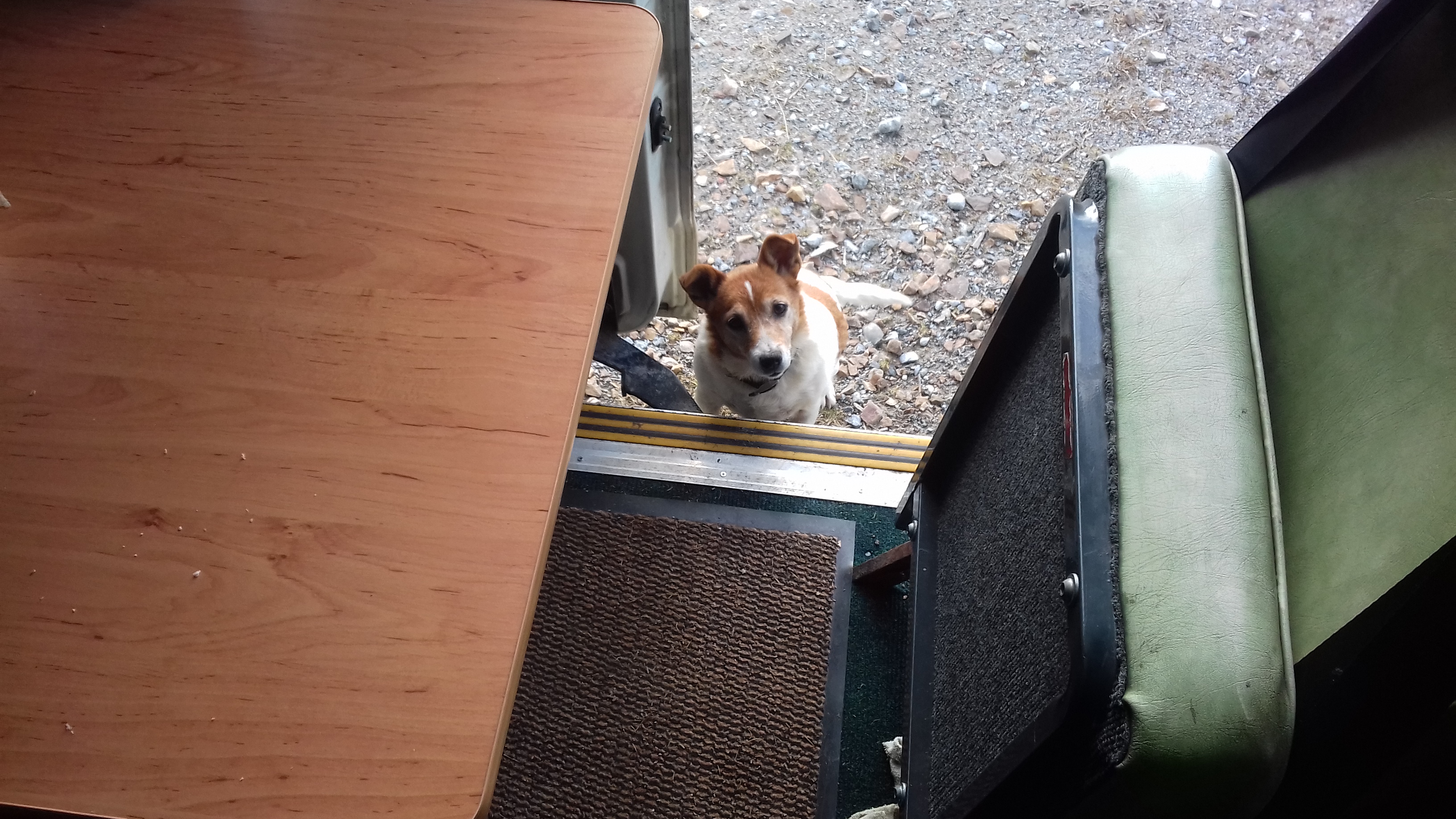 We had a fantastic few days in Ardnamurchan last weekend.  With two very enjoyable concerts at The Sunart Centre in Strontian and Glenuig Village Hall.

We met some very nice people and the weather was gloriously sunny (although very cold at night).  This is our job – although trips like this often feel more like we are on holiday!  Fantastic! 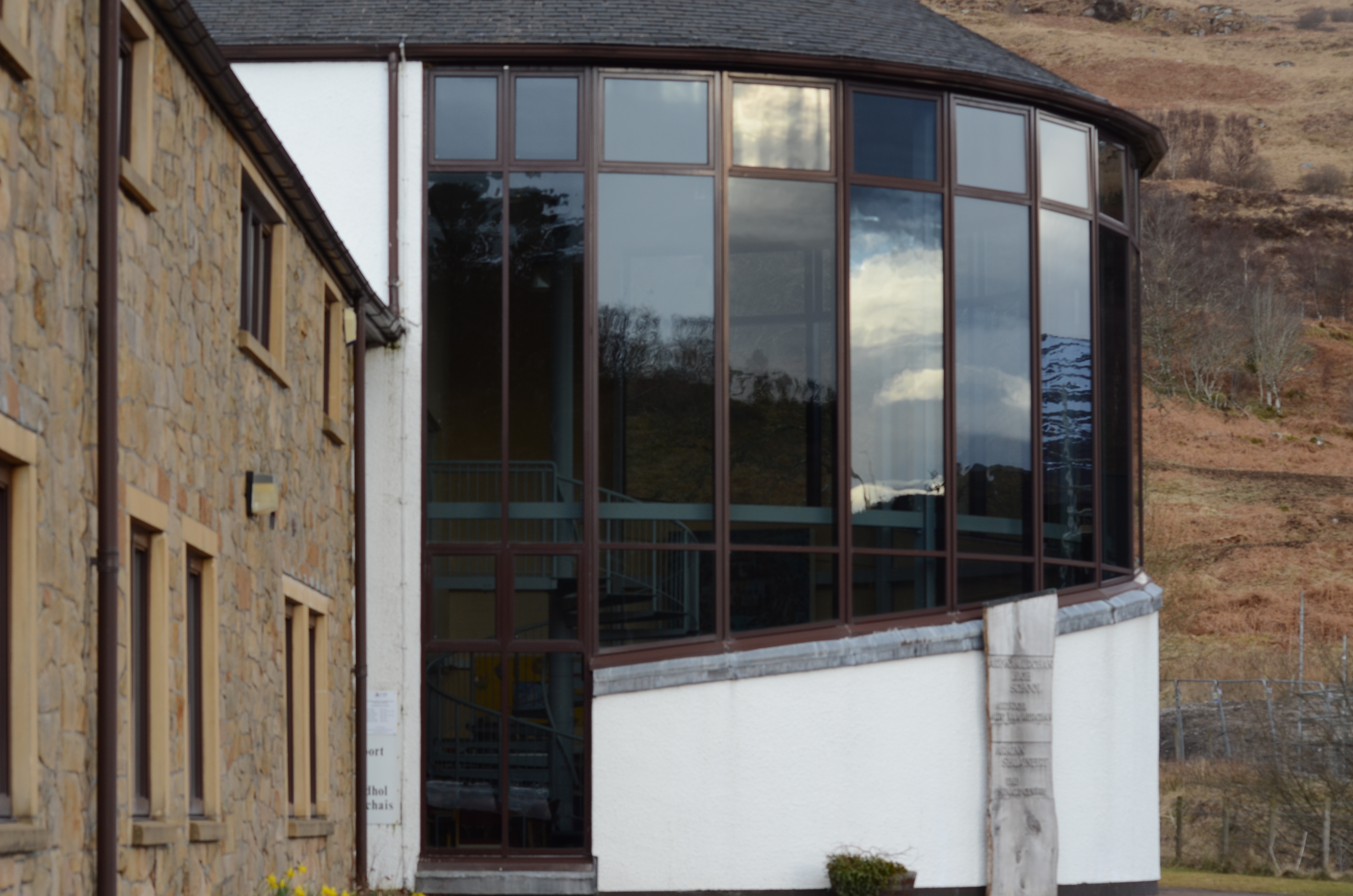 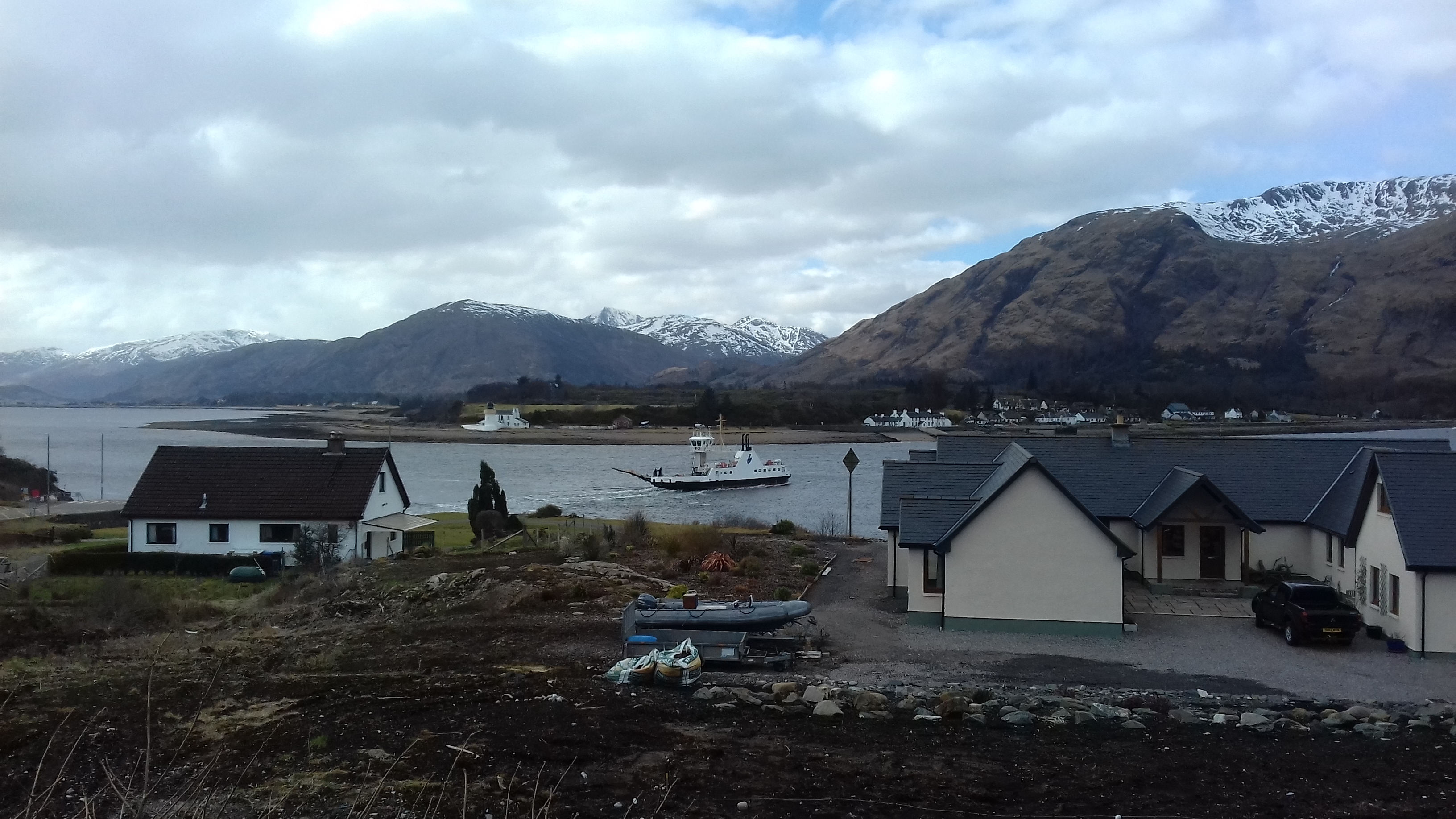 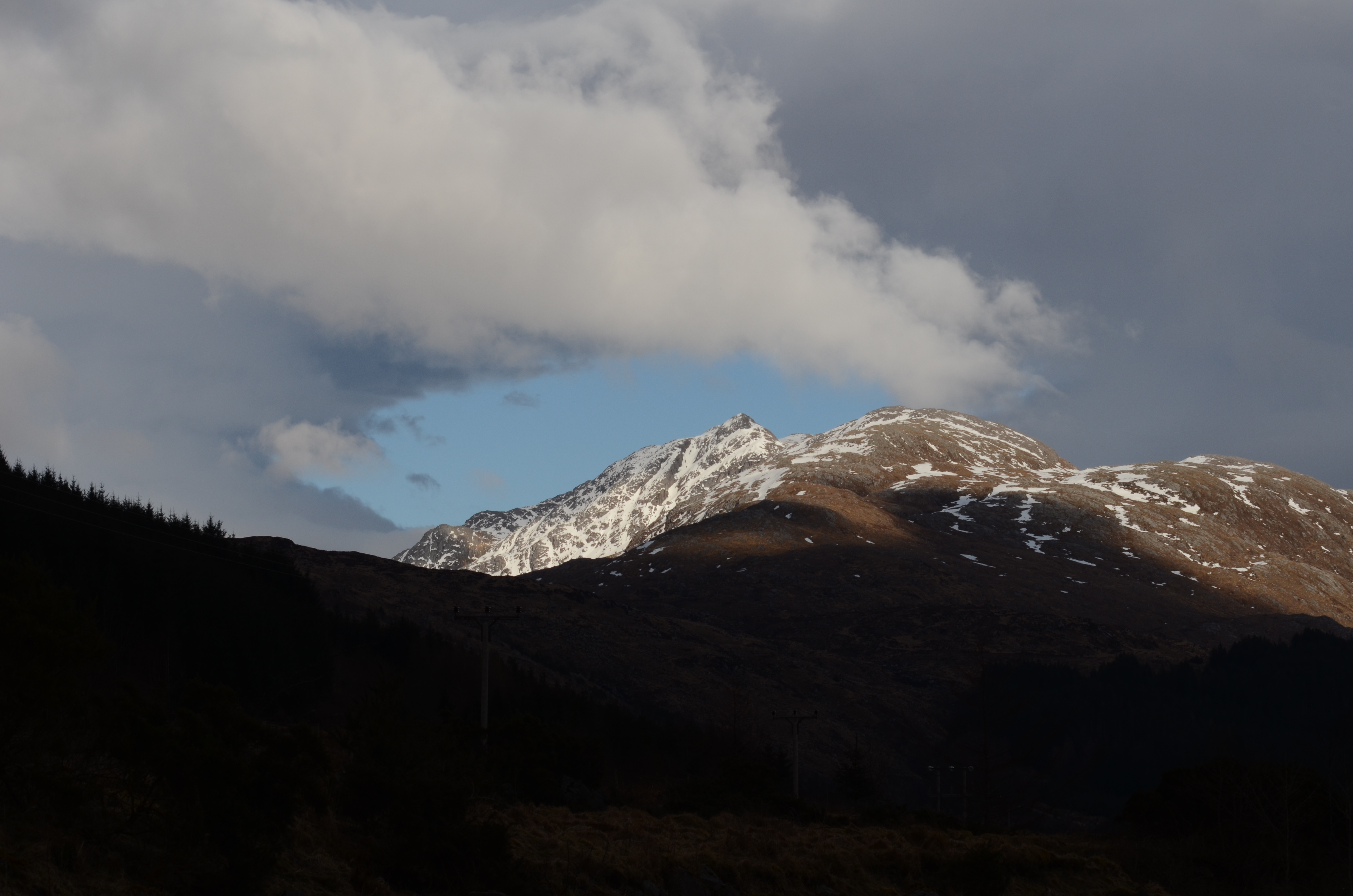 Sgurr Dhomhnuill from the shores of Loch Sunart 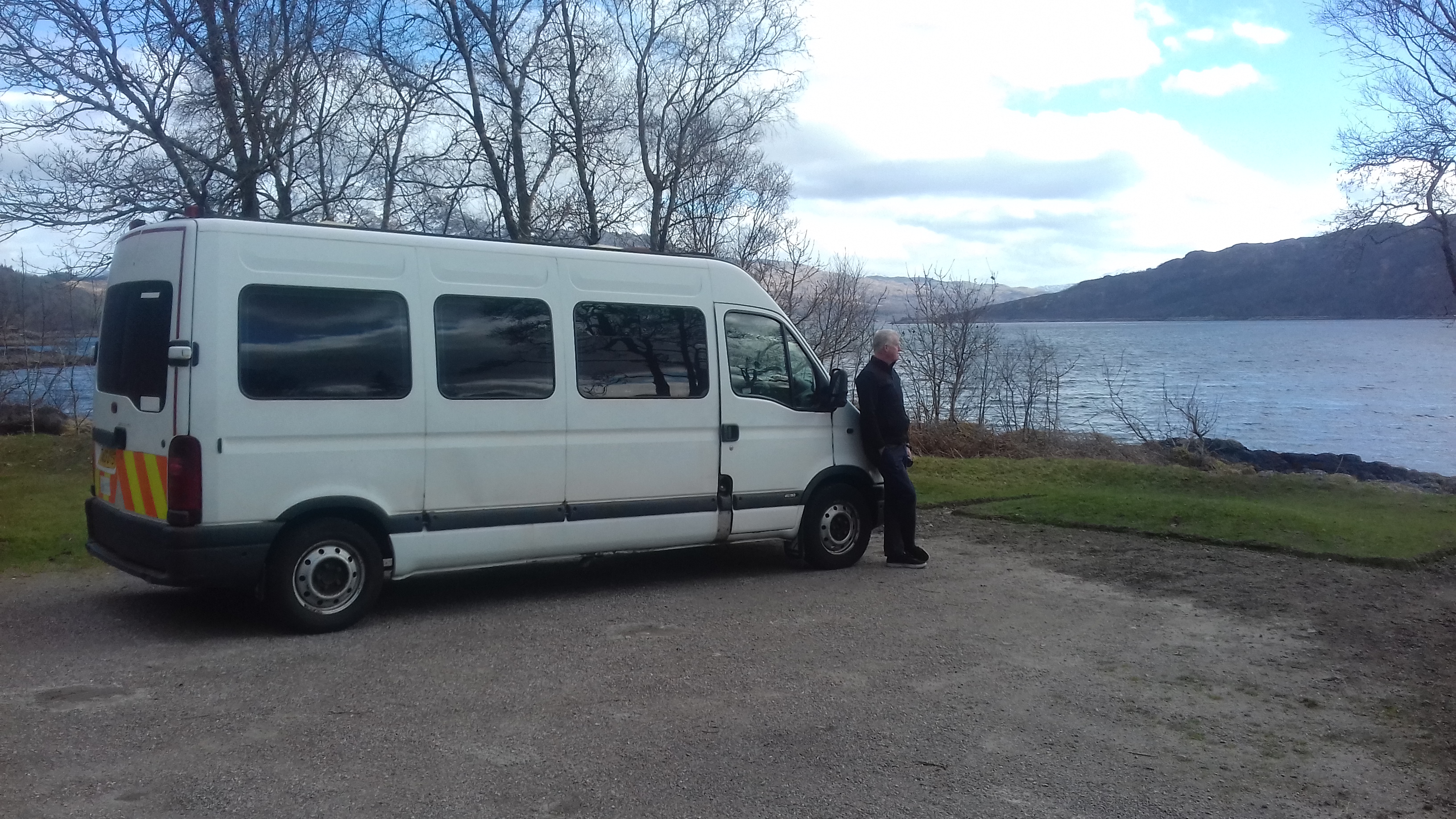 At Loch Sunart.  He said “act casual”…….I think I overdid it! 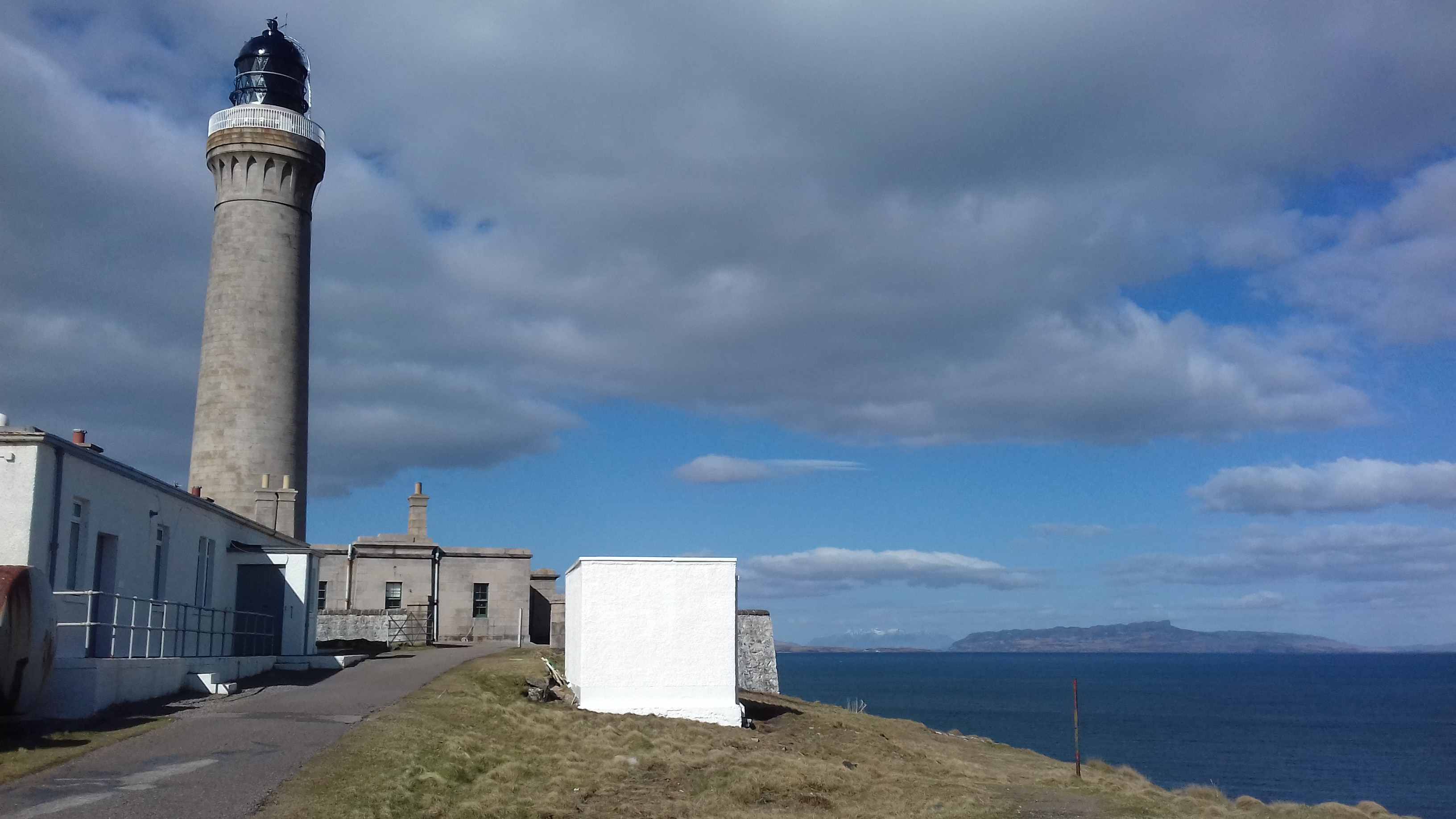 Ardnamurchan Lighthouse (built 1849) – the most westerly point on the British mainland, with the Isle of Eigg in the distance. 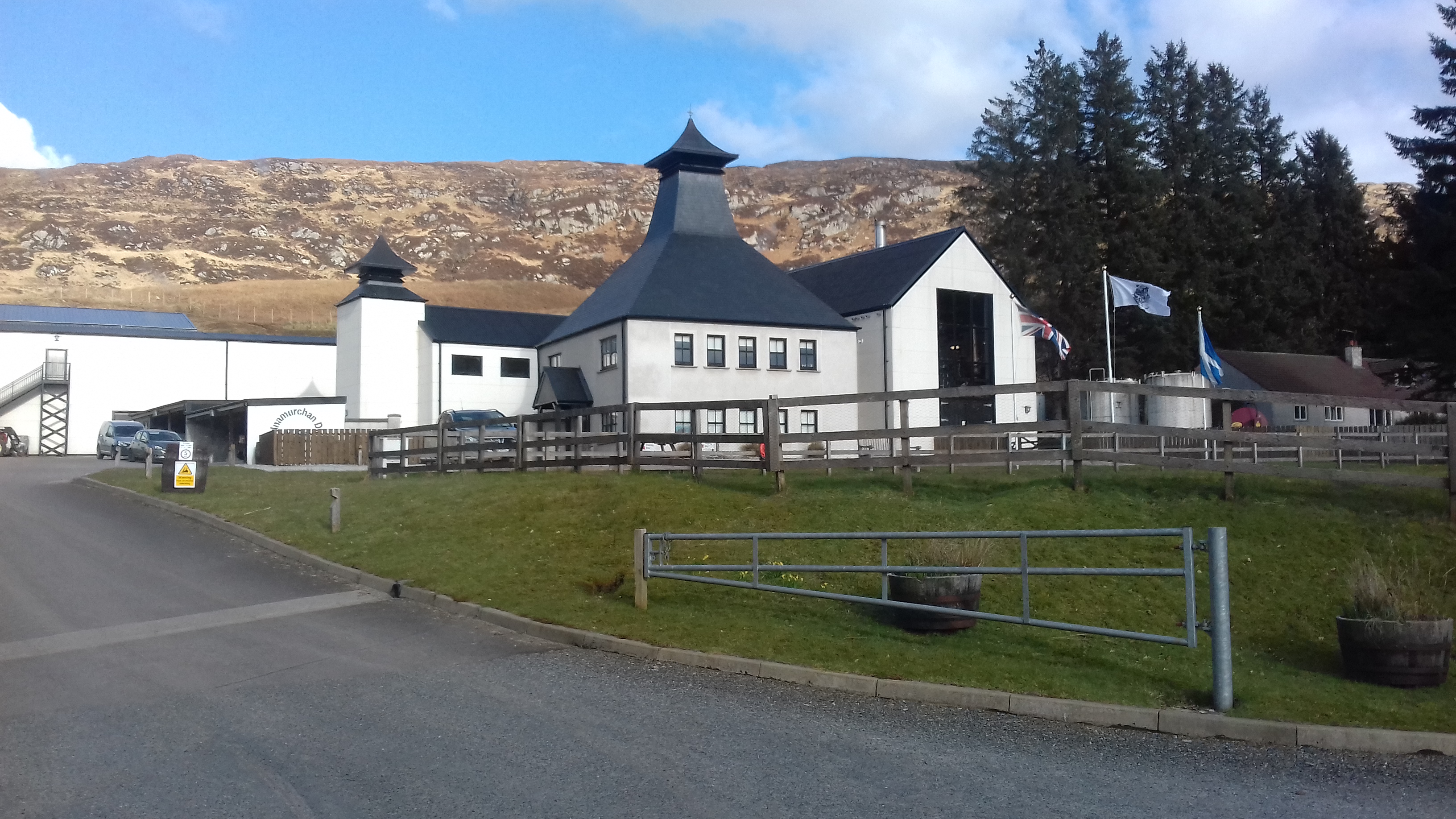 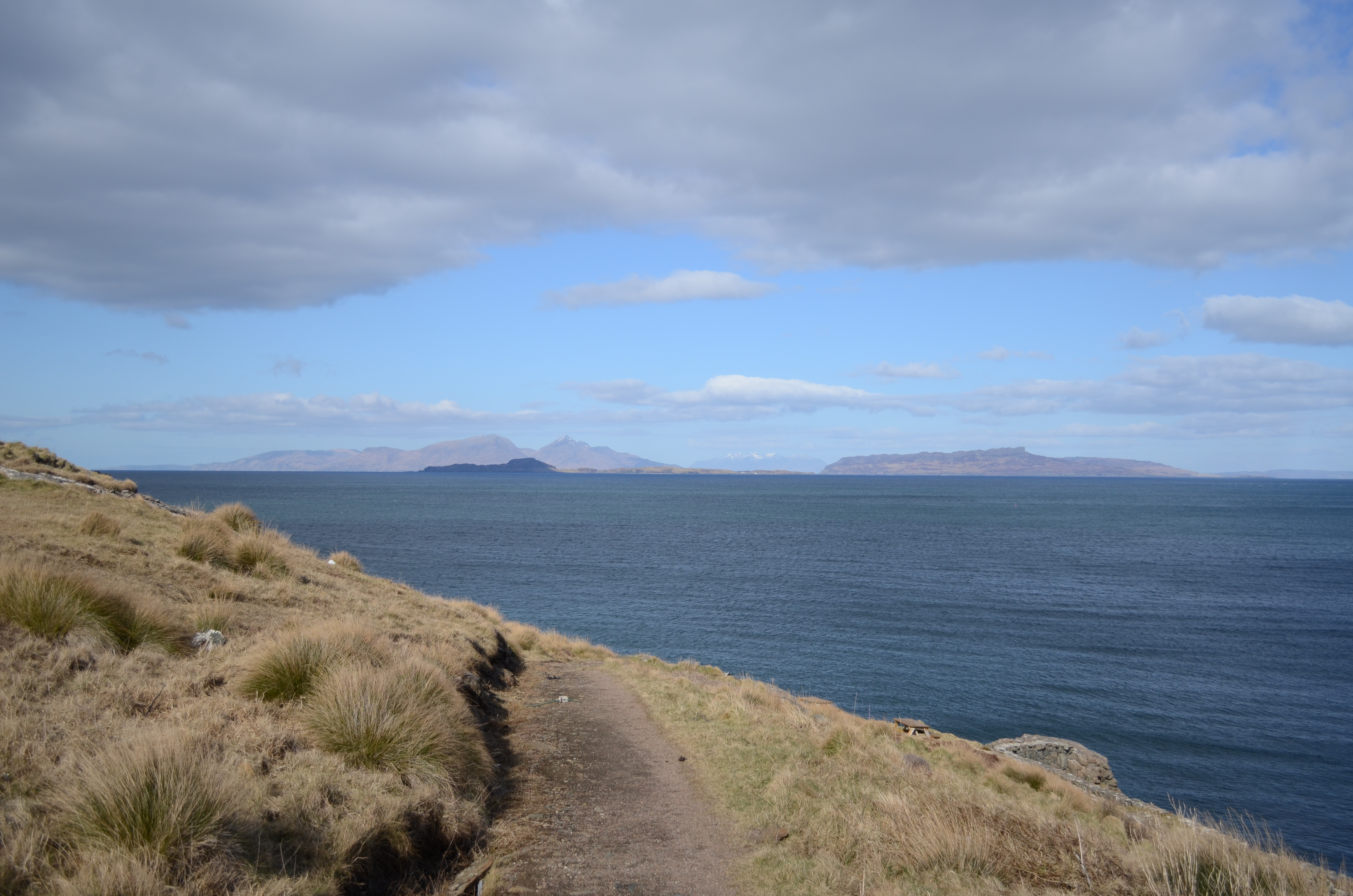 4 islands! The smaller (darker) one at the front is Muck, the one with two prominent hills is Rum, Eigg on the right, and the snow covered peaks (between Eigg & Rum) are The Cuillin Hills on The Isle of Skye. 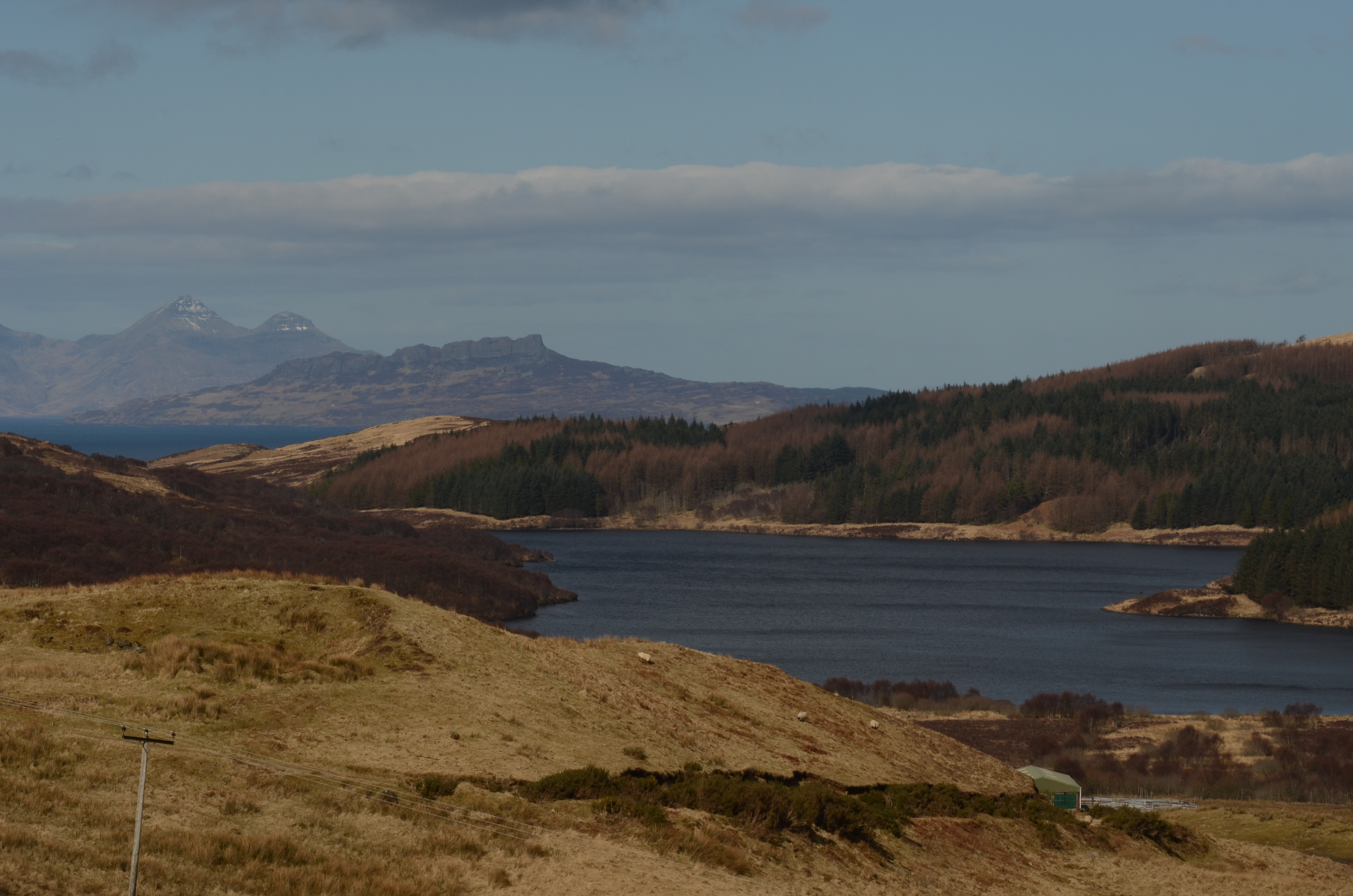 A closer view of the Isles of Rum & Eigg 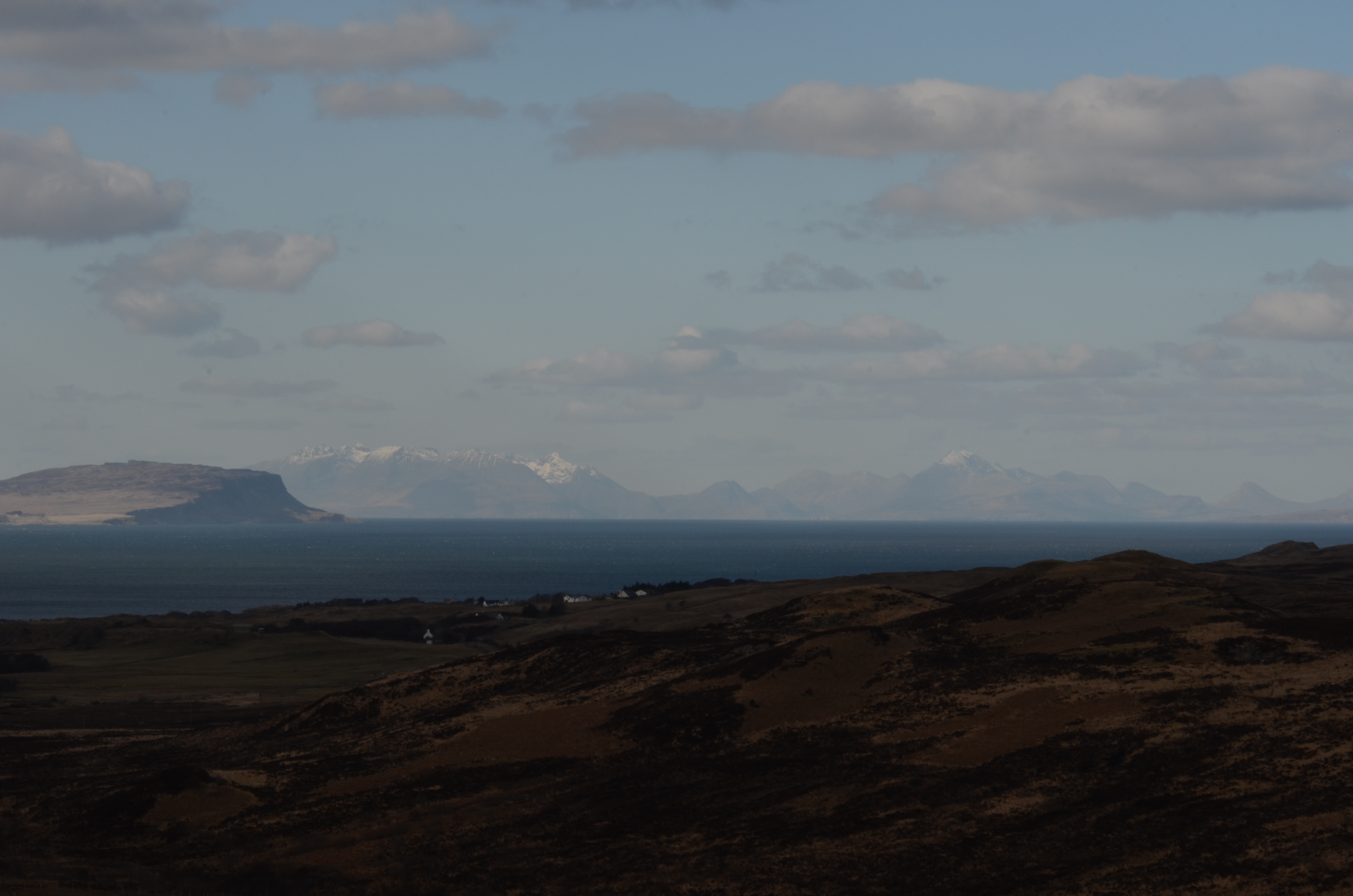 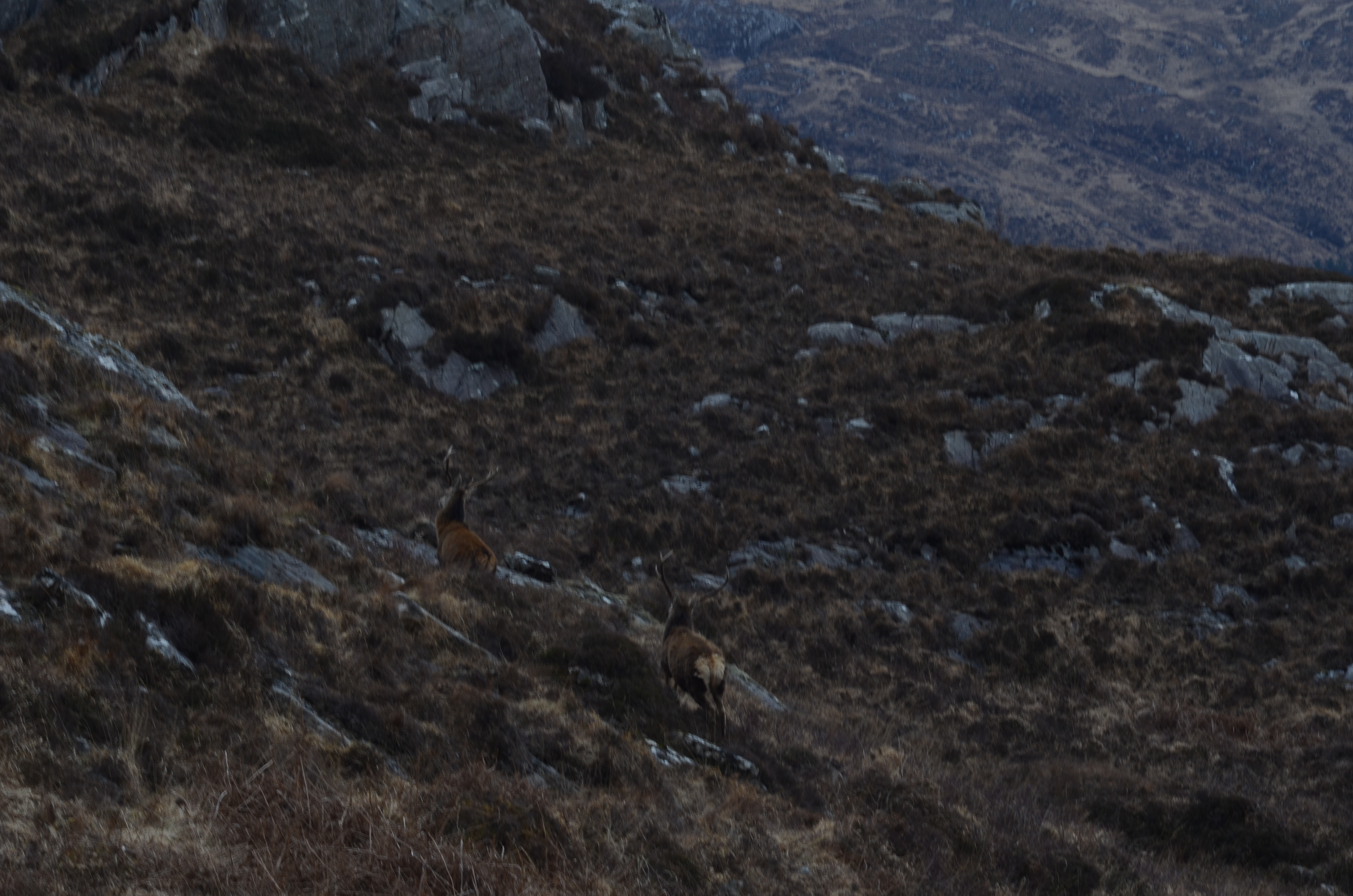 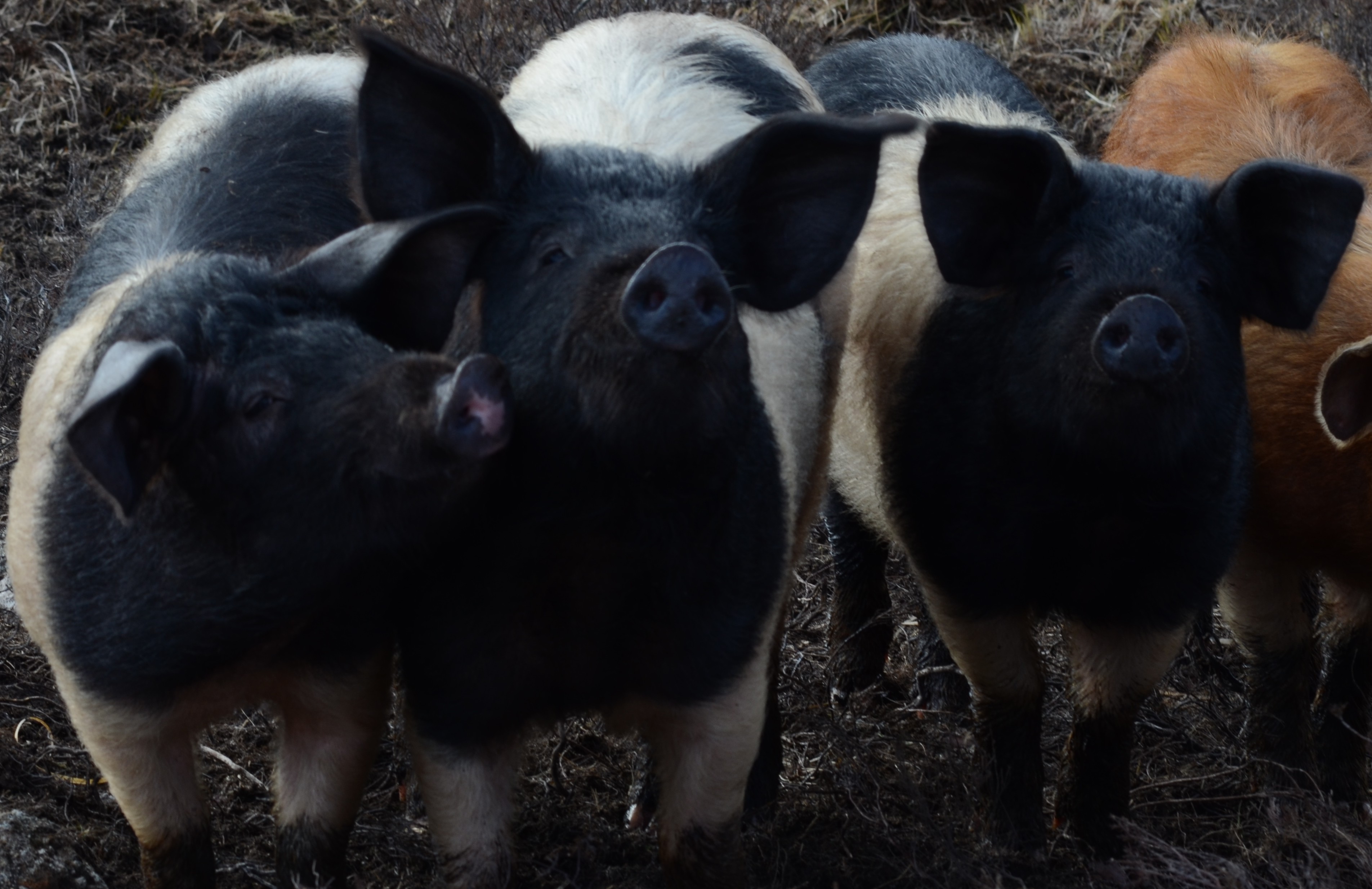 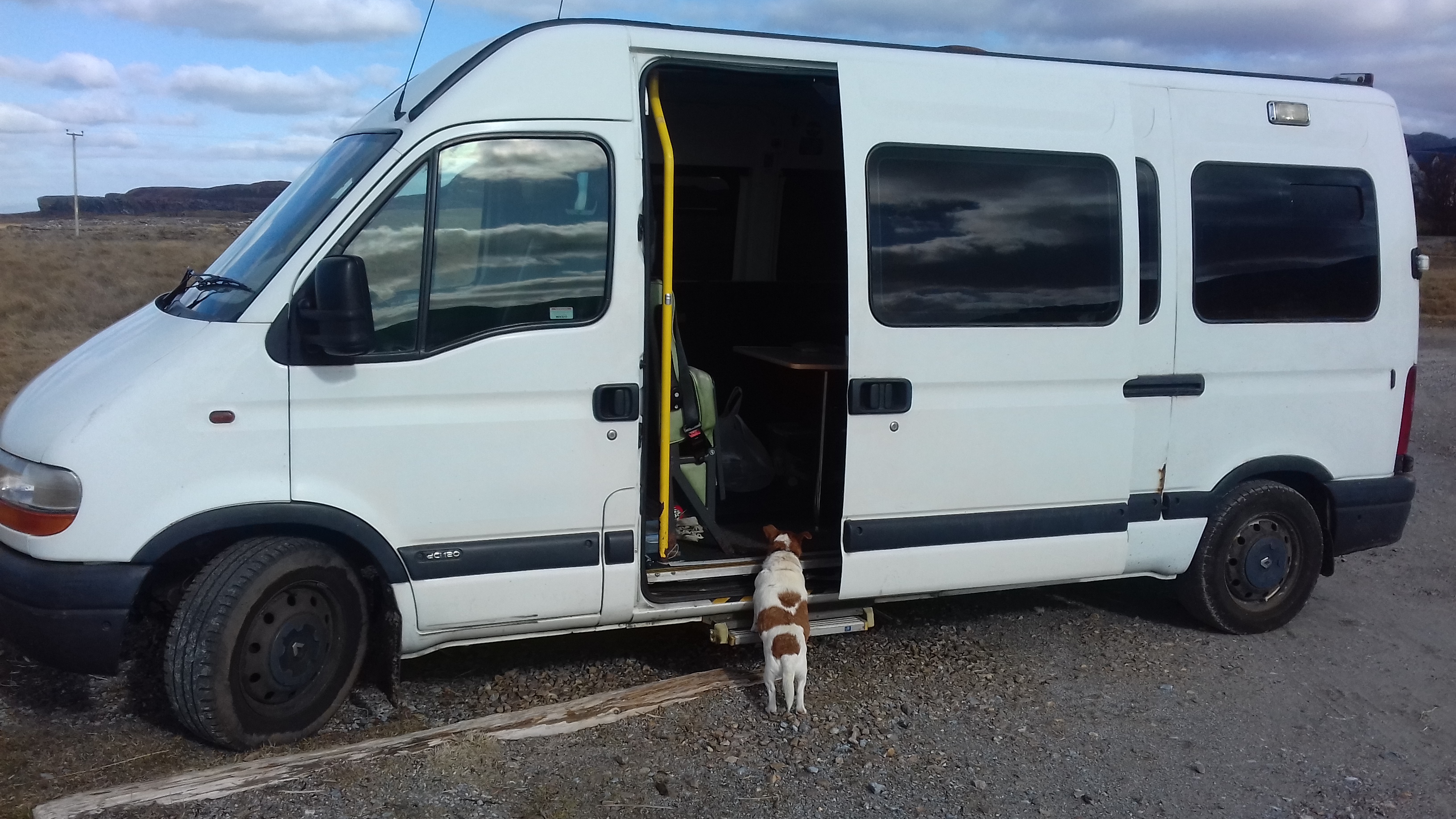 Inquisitive local dog at Sanna, that was on the lookout for any food going!

He’s a bit of a Basil Brush lookalike.   Boom! Boom! 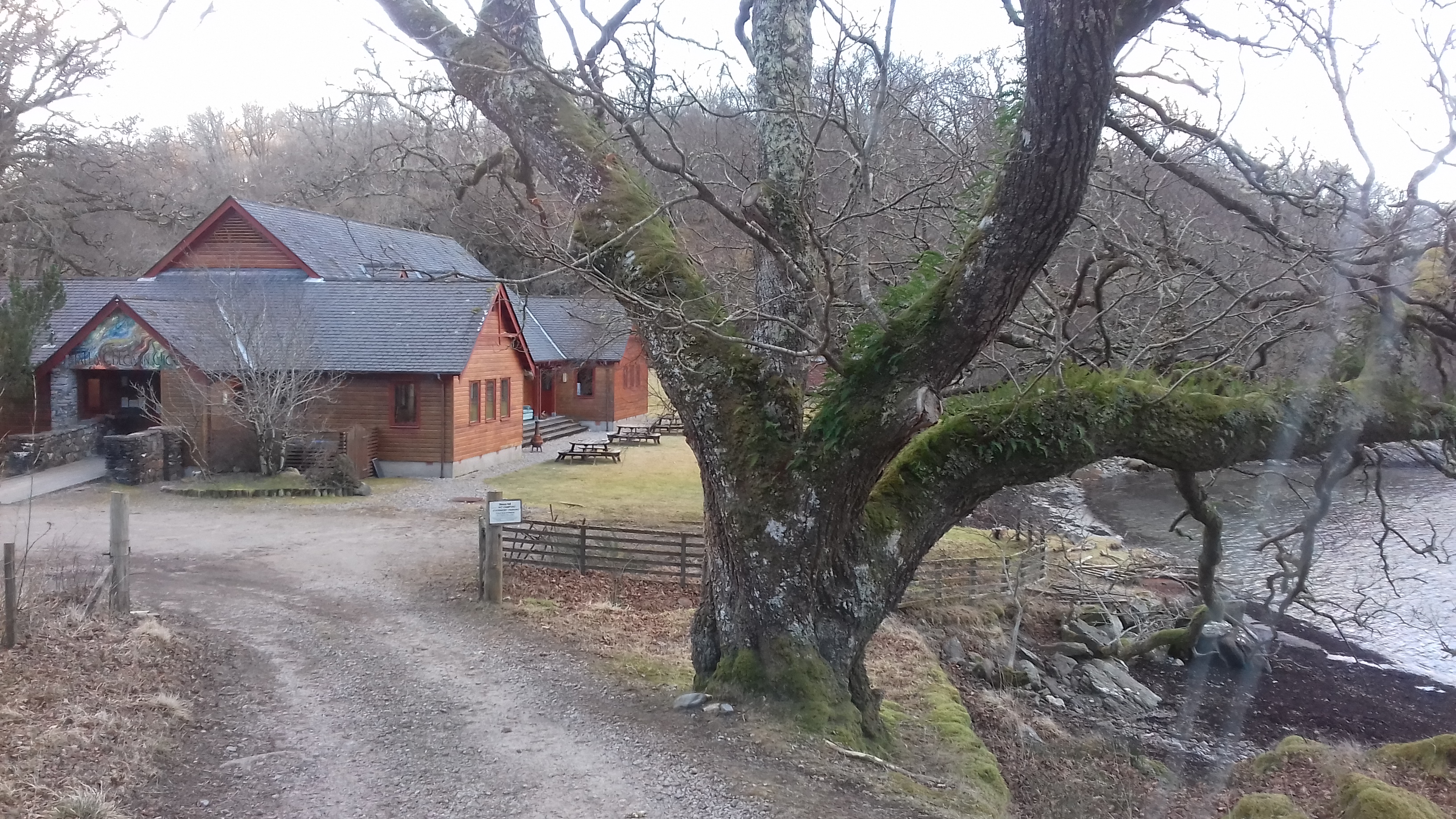 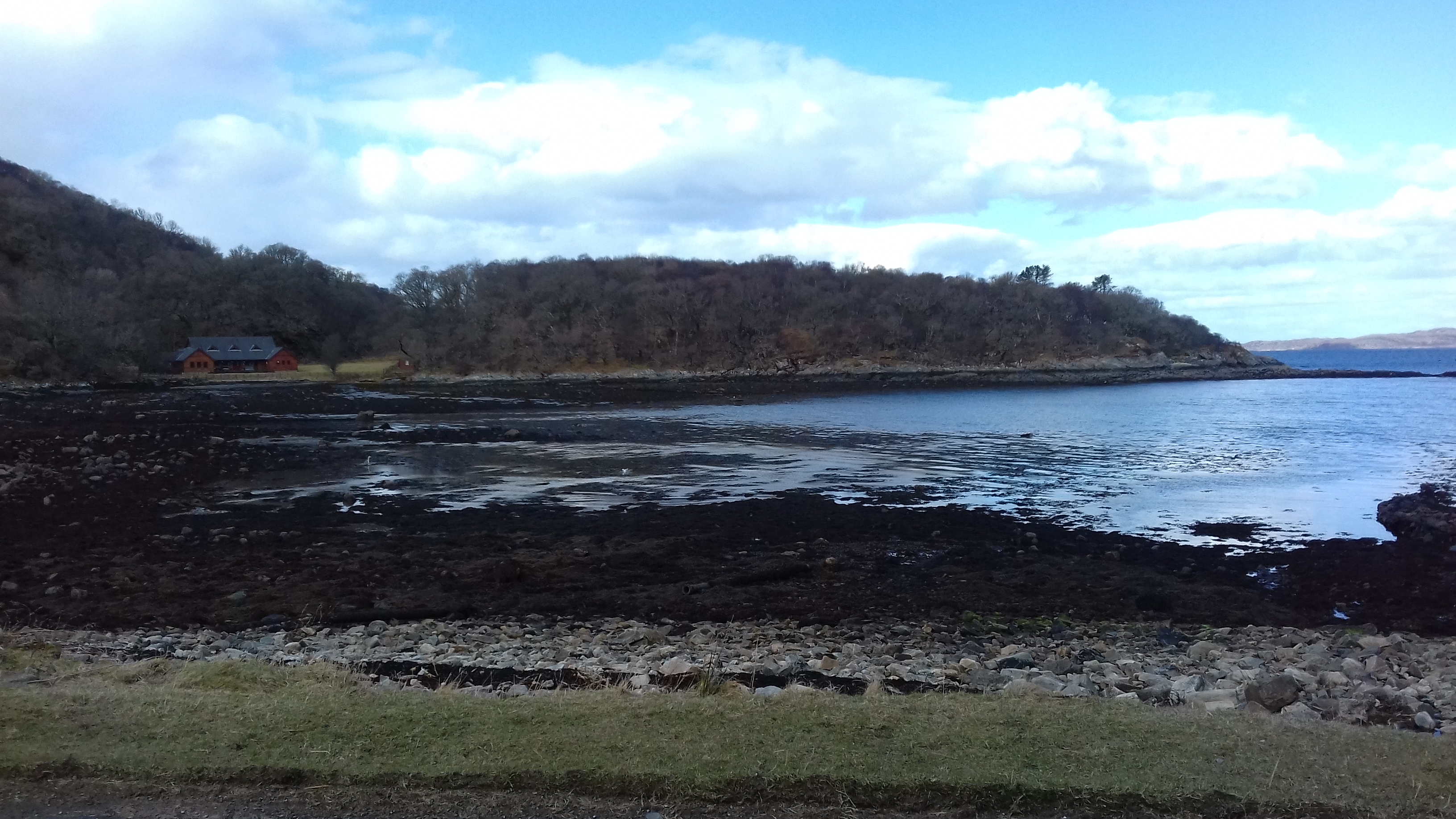 Glenuig Village Hall from the other side of the bay 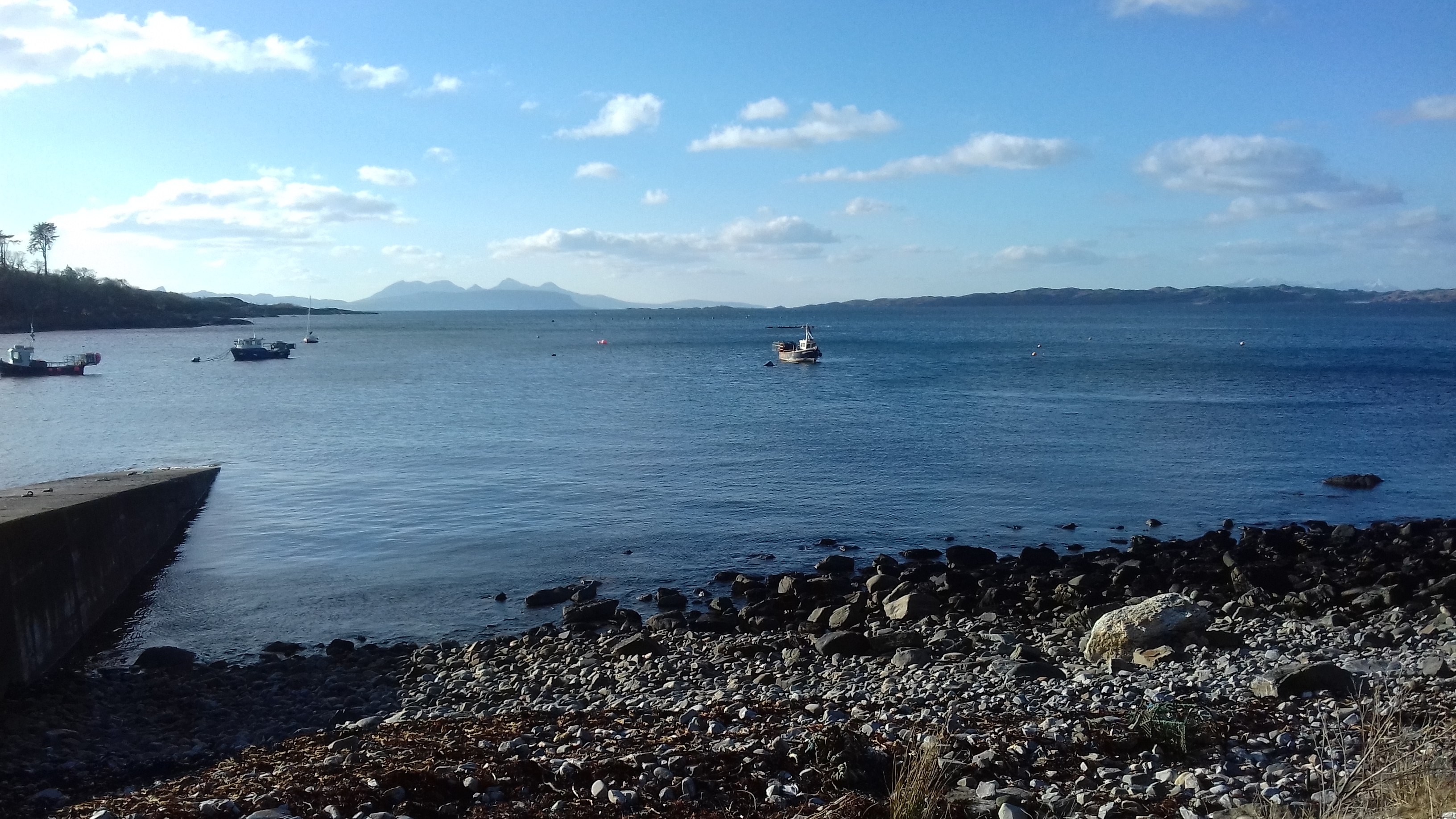 Glenuig Bay and The Sound of Arisaig 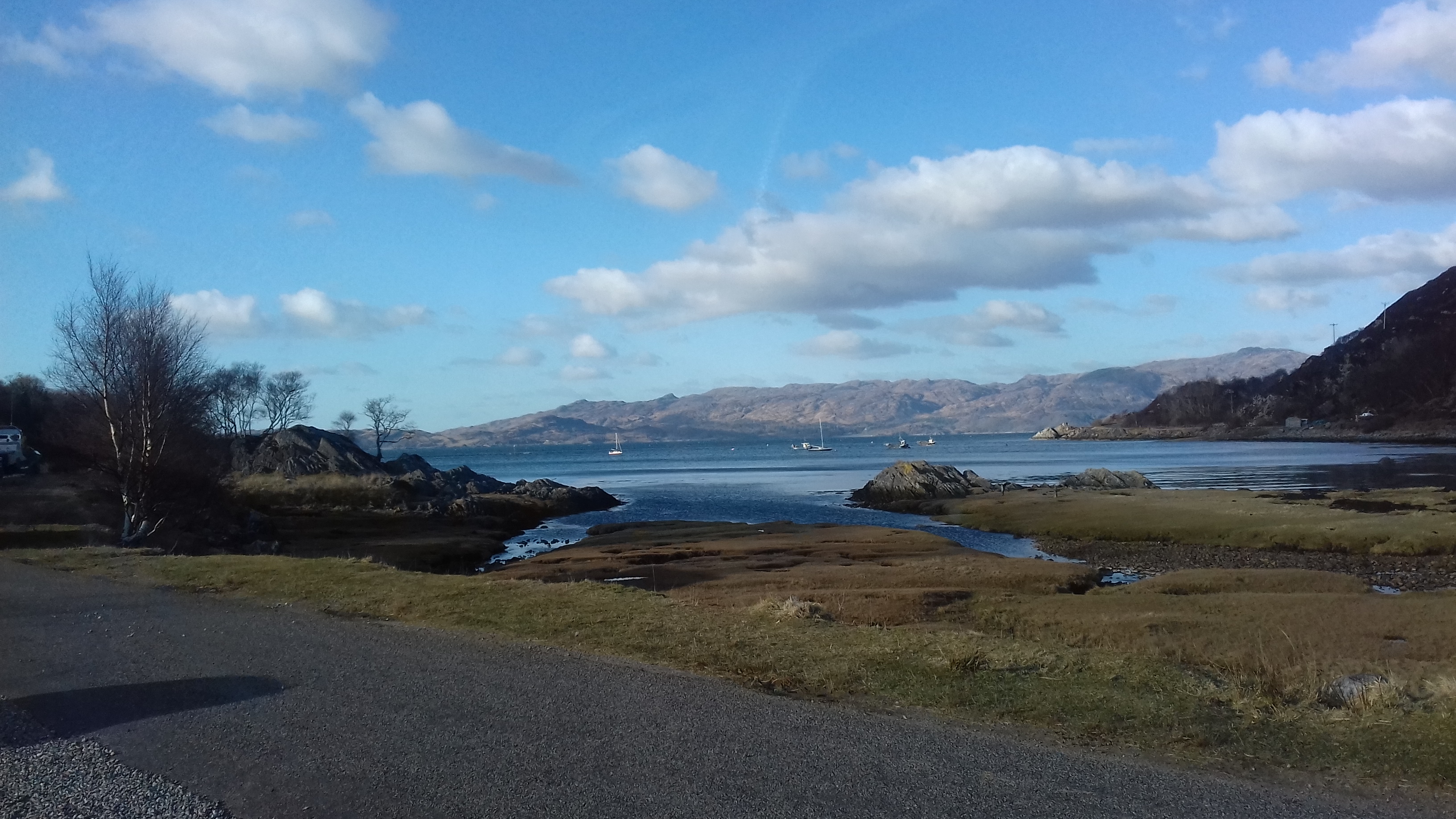 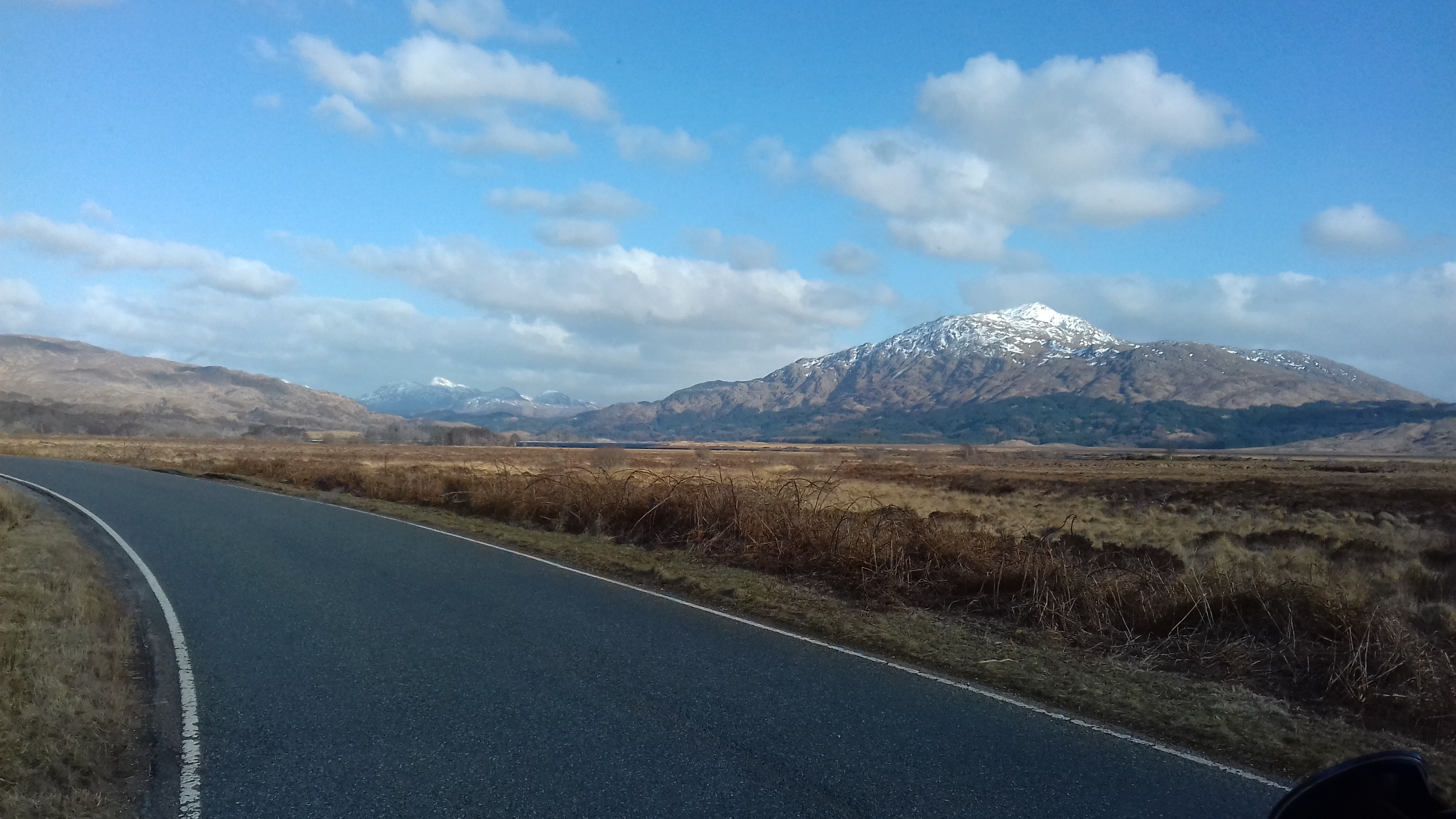 On the road to Glenuig from Salen