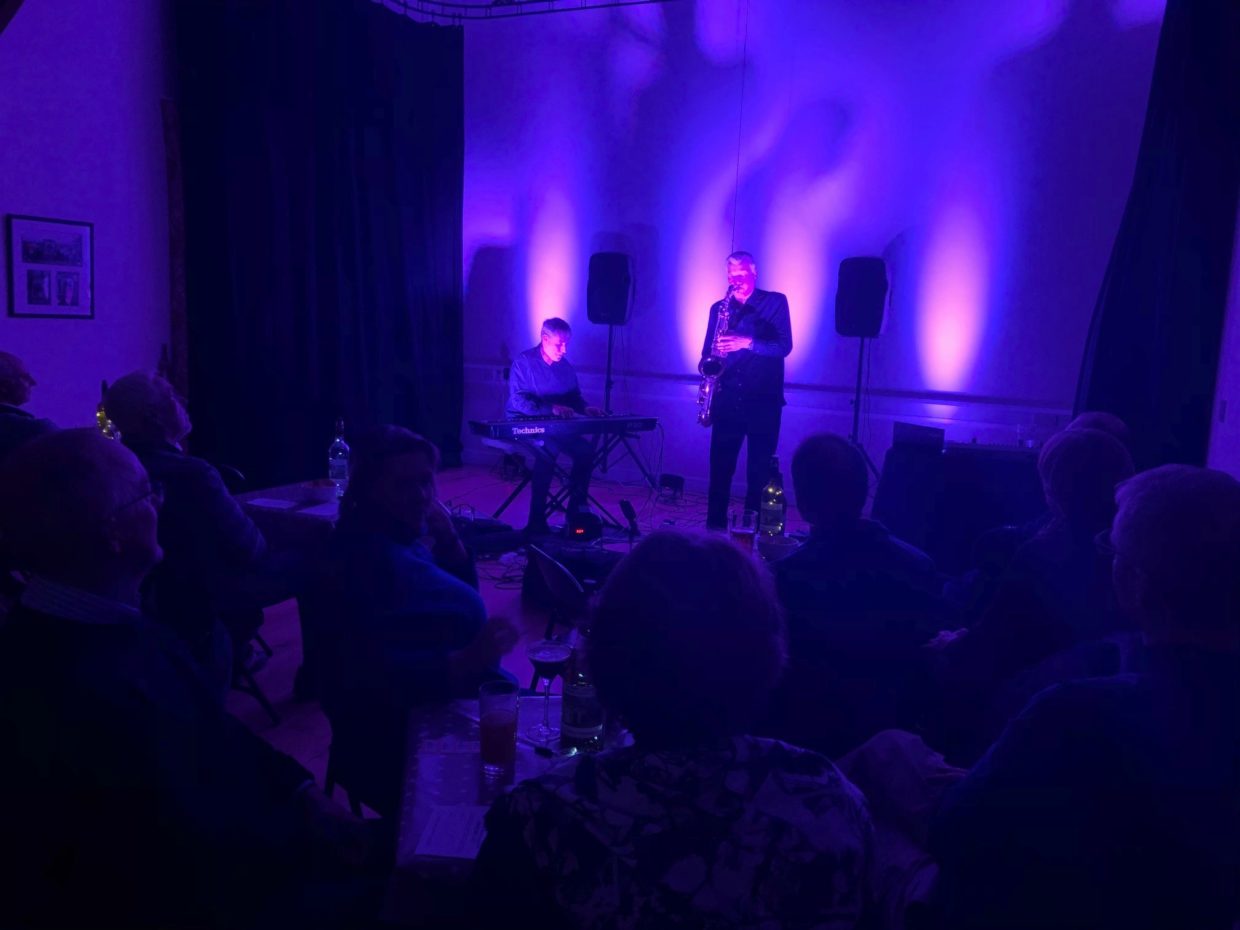 Our late autumn/early winter gigs continued into Yorkshire and the Scottish Borders. These were both really enjoyable concerts with good numbers and fantastic audience responses.

Over Haddon is situated in Derbyshire in the Peak District National Park and close to the town of Bakewell. Of course, being late November, it was dark by the time we arrived, so we didn’t see much of the village until the next morning. After a hearty meal of “Spanish” omlette and baked beans, we unpacked our gear and set up the hall. It was a beautiful hall, and fairly new, and we were welcomed with a cup of coffee.

It was a lovely audience. Very enthusiastic and appreciative. An encore was duly supplied. The village hall took lots of photos and put them on their Facebook page. Here’s some of them:

Unfortunately, the next day was pretty wet, so we were unable to see much of the great view from the hall in the morning. We had a long drive to the next gig, so after poached eggs on toast for breakfast we set off early for our 235 mile trip to Oxton in the Scottish Borders. At least it was on the way back home – well, it was very nearly at home!

It rained for the whole journey, as we headed up the M1 then onto the A1 up to Scotland. We warmed ourselves up with a home-made Lentil & Vegetable Stew before arriving at the gig. Oxton is just off the A68 outside Lauder in the Scottish Borders. We’d driven past many, many times, but this was the first time we actually went into Oxton. It was dark, of course and since we were travelling the short distance home after the gig, we haven’t really seen the village properly. But the hall was open for us, and the heating was on. Fantastic! We’ll have to drop by the next time we’re passing in daylight.

It was another very appreciative and friendly audience (and more than they were expecting!). An encore was duly supplied.

Here’s our next three “On the Road with Ian & Dom” one minute videos (with sound) – we hope you like them:

Please have a look at our posts on social media. If you “like“, “follow” and “share” with friends, it all helps raise our profile so’s we get more “bums on seats”, and can keep performing. Thank you!