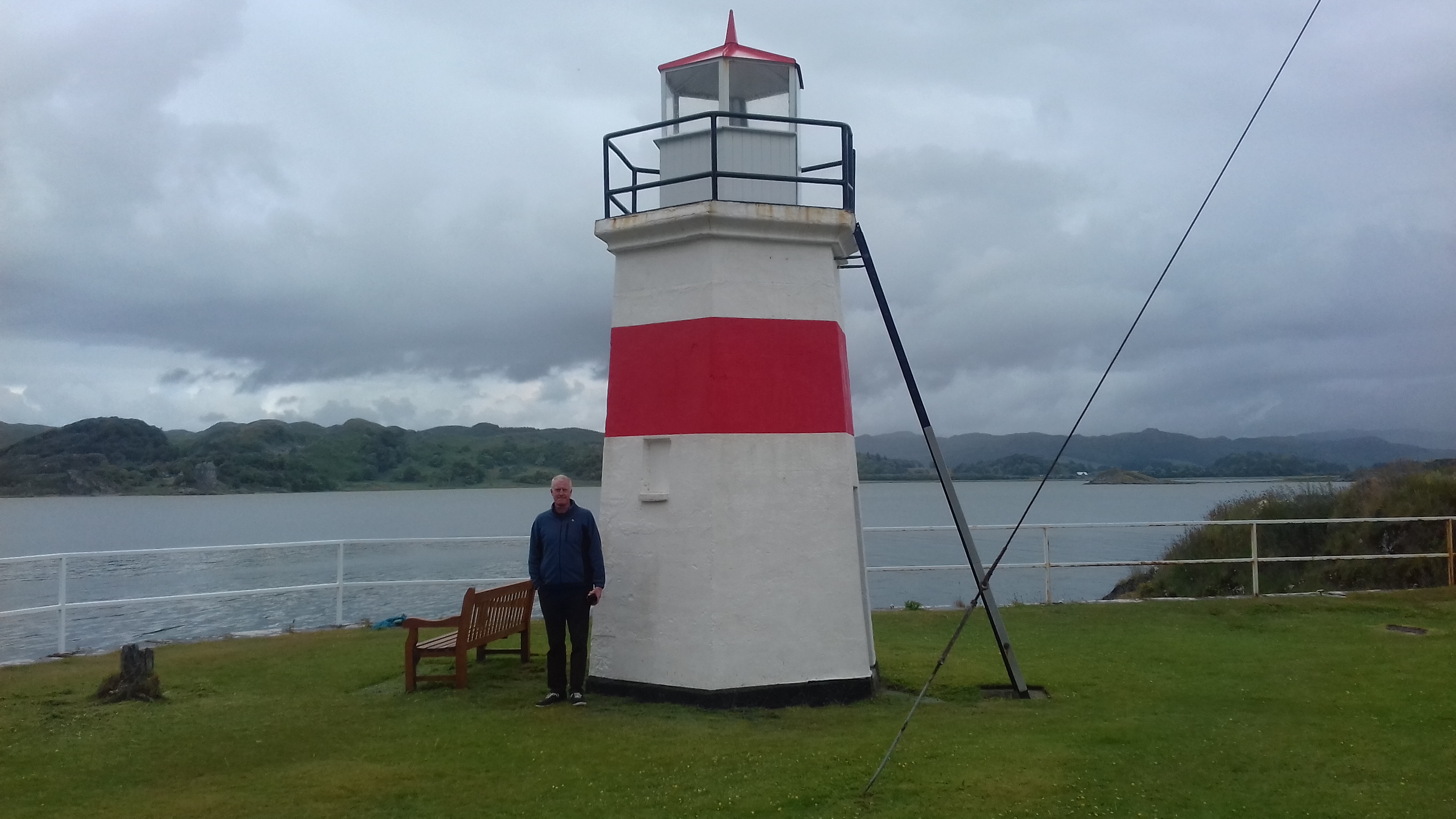 Friday took us up past Loch Lomond, the “Rest & Be Thankful” pass, Inveraray, Lochgilphead, The Crinan Canal and into Knapdale to the village of Tayvallich [pronounced: tay-vee-allich (“ch” as in loch)], sheltered on the shores of Loch Sween.  Tayvallich comes from the Gaelic, meaning “house of the pass“.  There has been a settlement there since at least the 1750s.

It was very, very, very wet from Loch Lomond onwards! 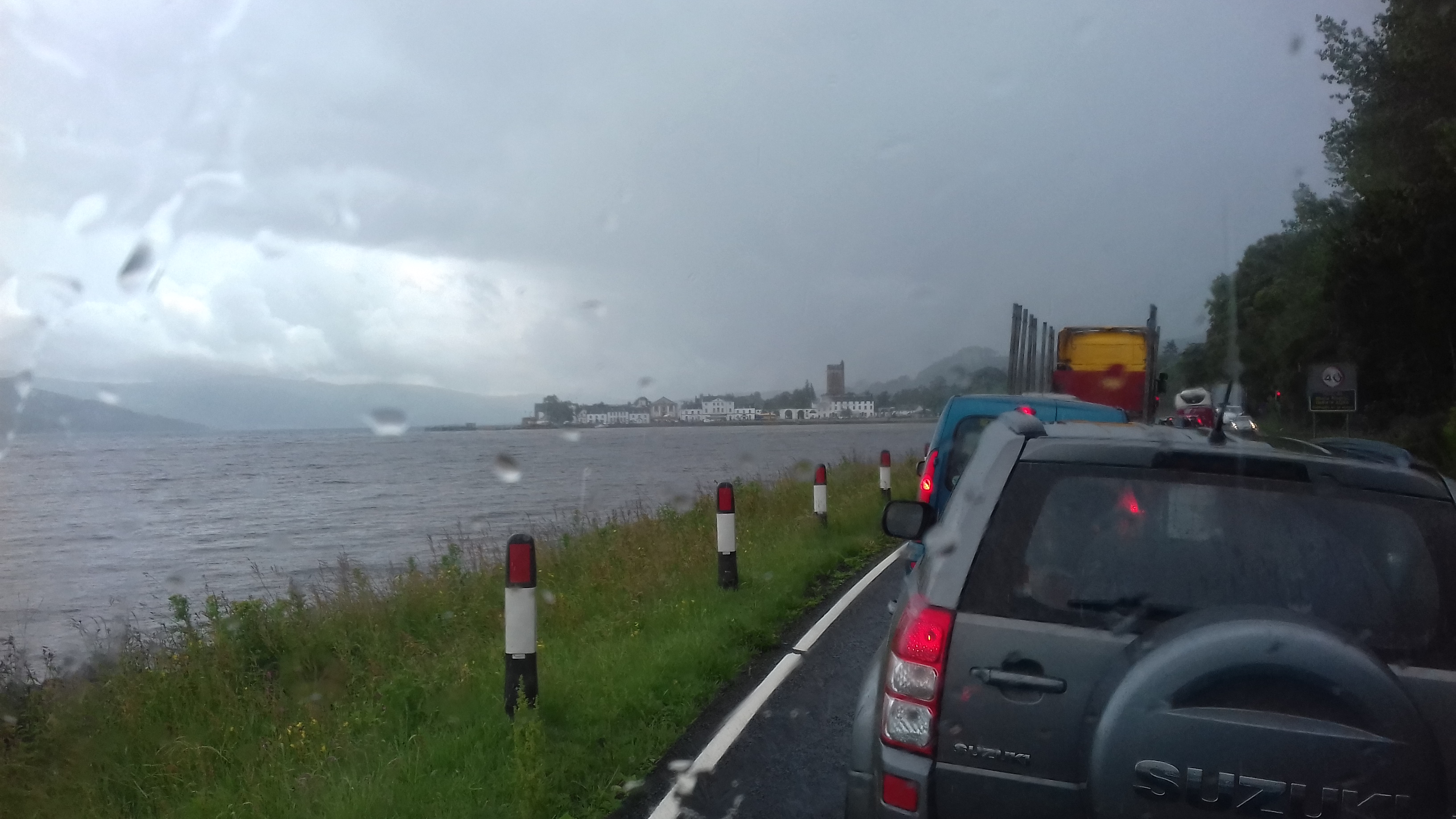 But the sun did come out for a wee while at The Crinan Canal.  It is known as “Scotland’s Most Beautiful Shortcut” and its 9 mile journey takes you from Crinan at Loch Crinan on the Sound of Jura to Ardrishaig near Lochgilphead.

An old boat further up the Canal

The light, sky, water and trees in this photo remind me of Constable’s paintings!

Ian at the Crinan Lighthouse

A boat on Loch Crinan

A yacht at Loch Crinan

We were met with a very warm welcome at Tayvallich Village Hall by Ewan, Iain & David (and later, Martin).  They showed us round and set the room up whilst we unloaded our gear.

The audience gave us very warm & enthusiastic applause after each tune and finally an encore.  It was a very enjoyable concert for us.  Ewan has since told us that he’s had positive feedback about our concert from those who attended.

As we packed away in the dusk, the wind had stopped…..the rain had stopped….then midge hell began!  Thousands of little midges (like tiny, tiny flies that bite you and suck on your blood), swarmed all around our heads as we tried to load up the van at speed! 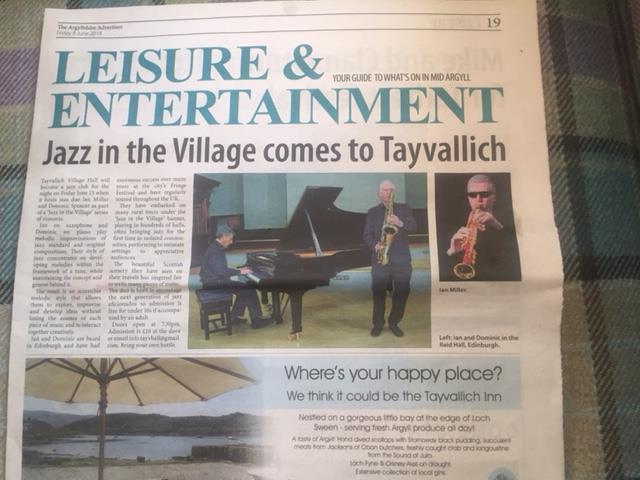 We were featured in the local newspaper! 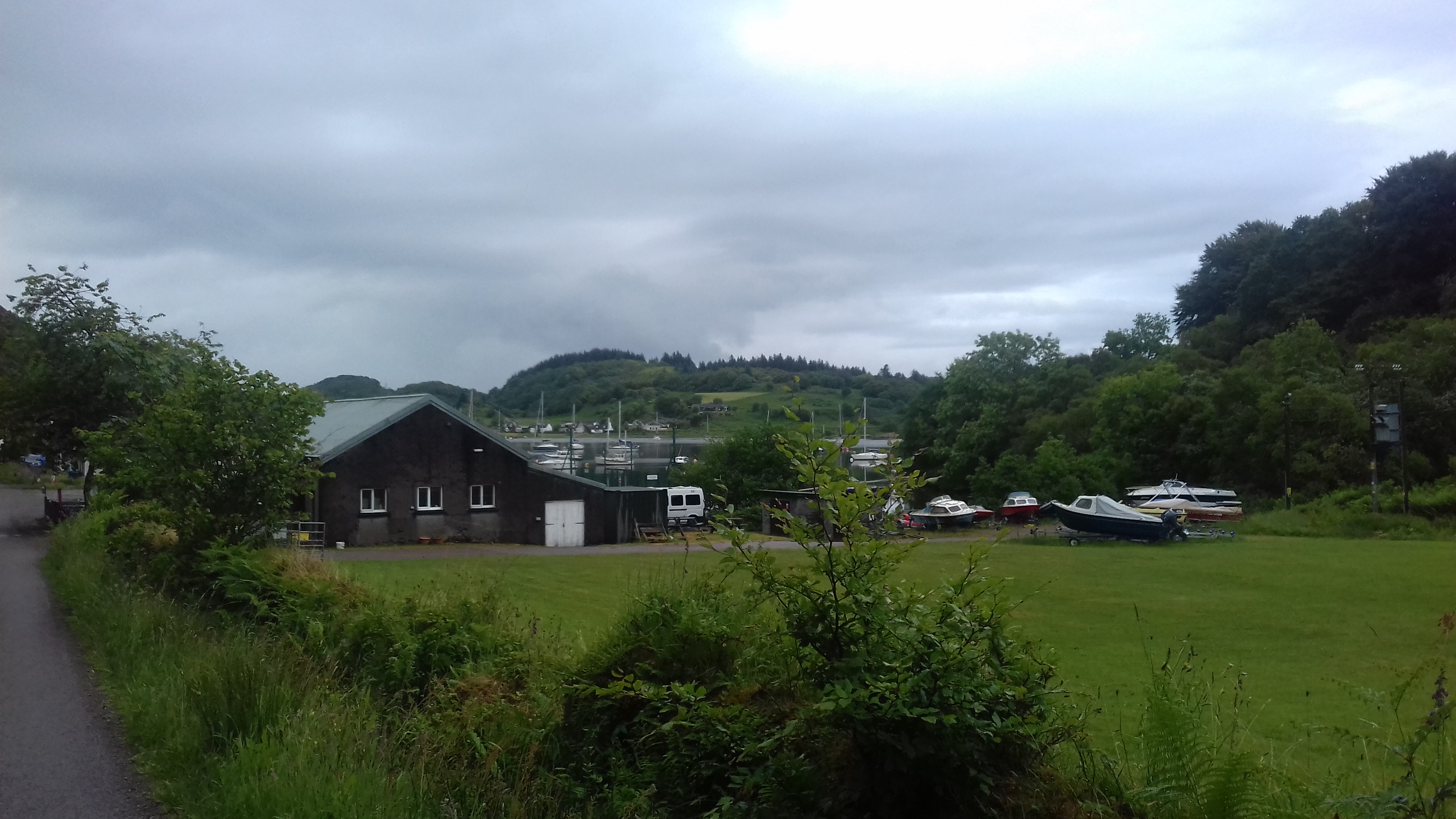 Tayvallich Village Hall on the shores of Loch Sween 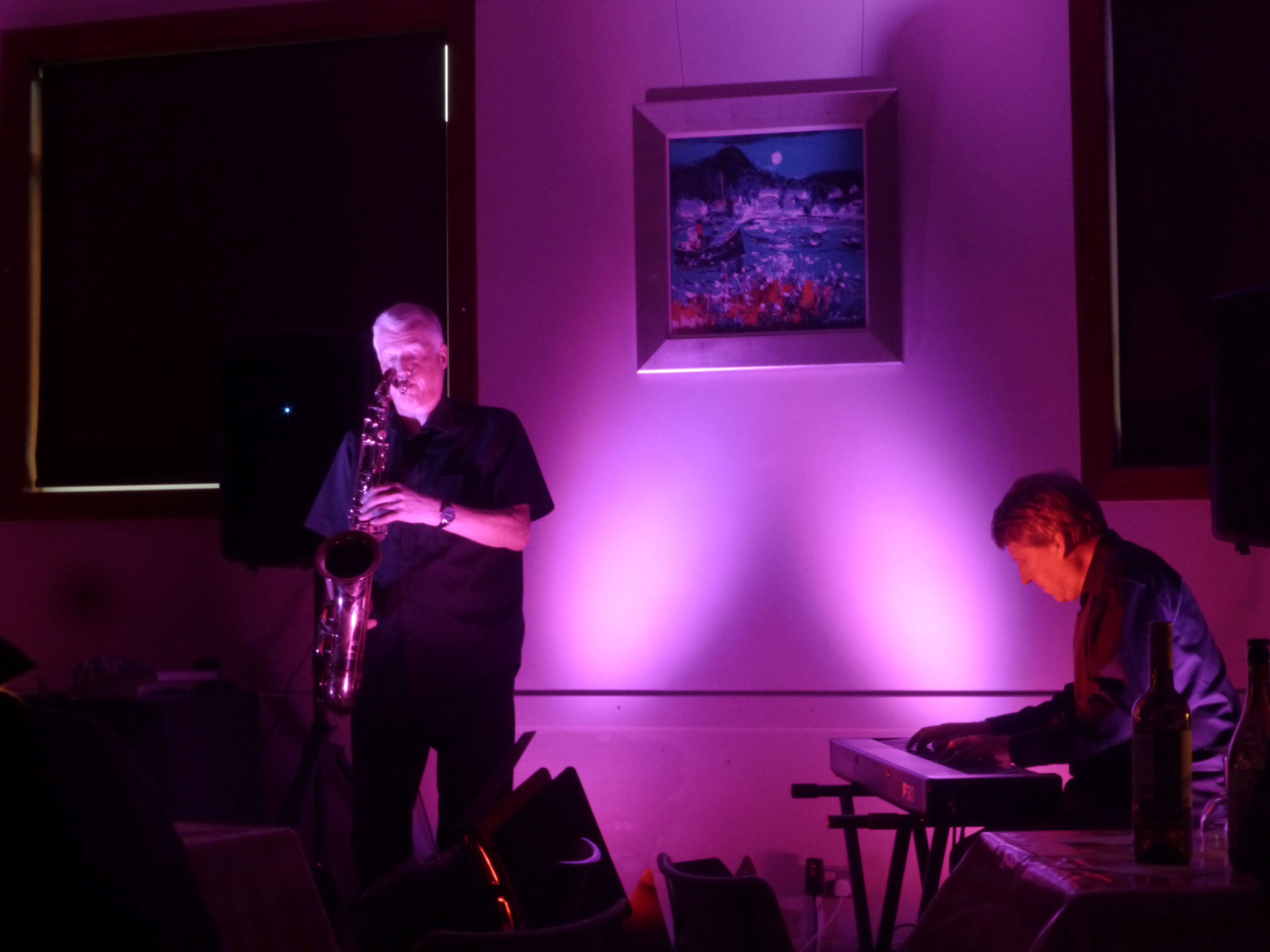 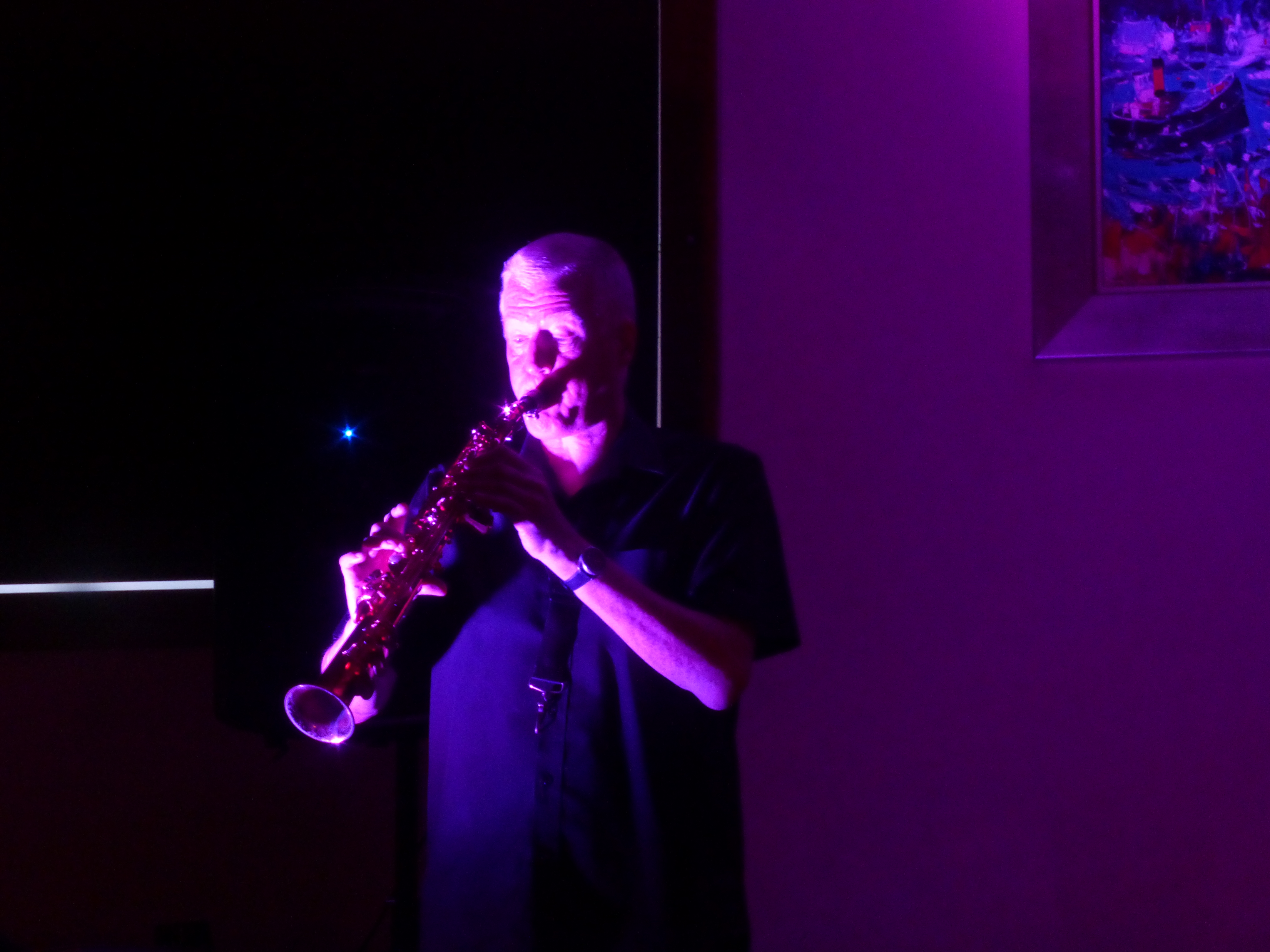 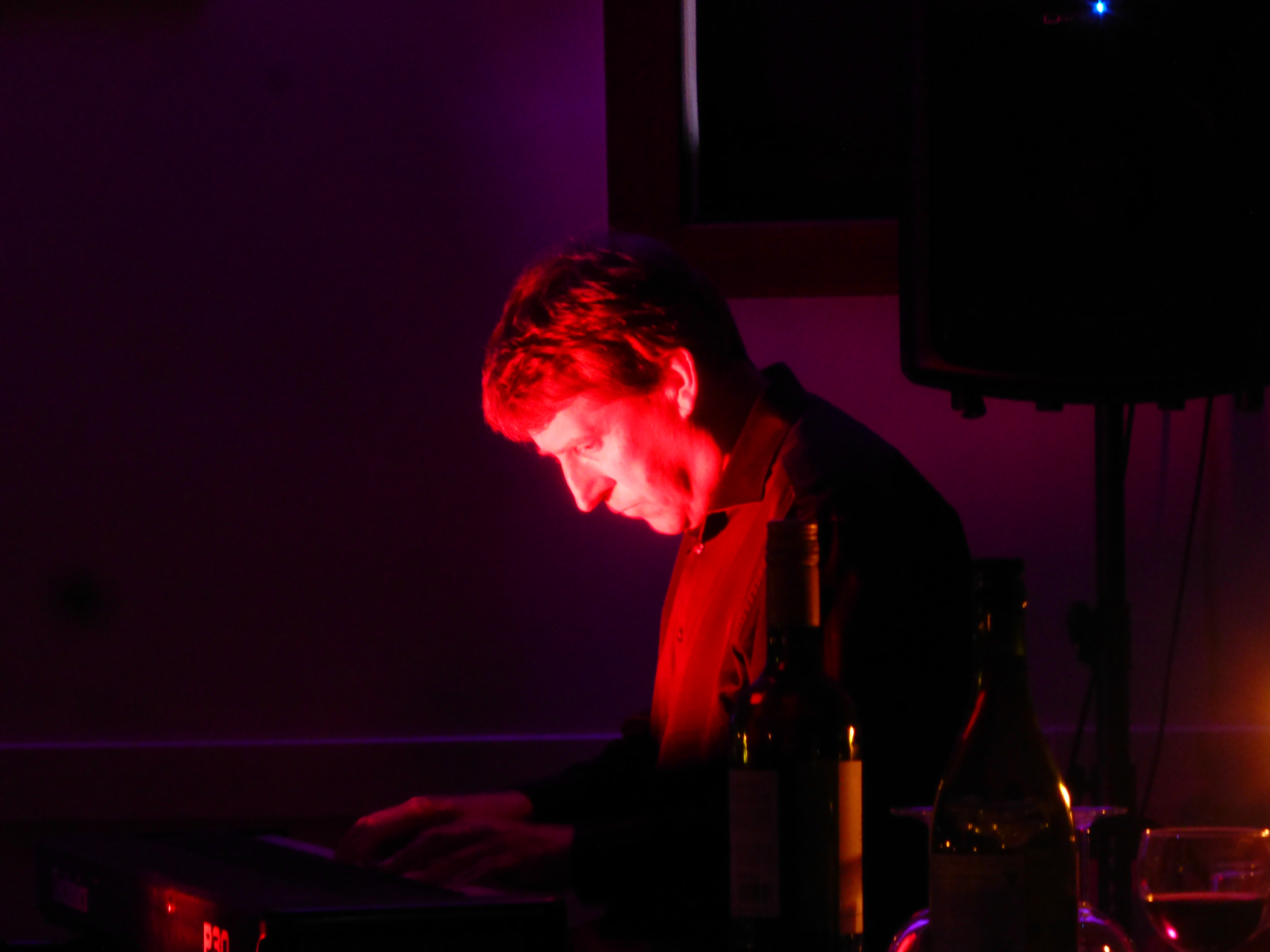 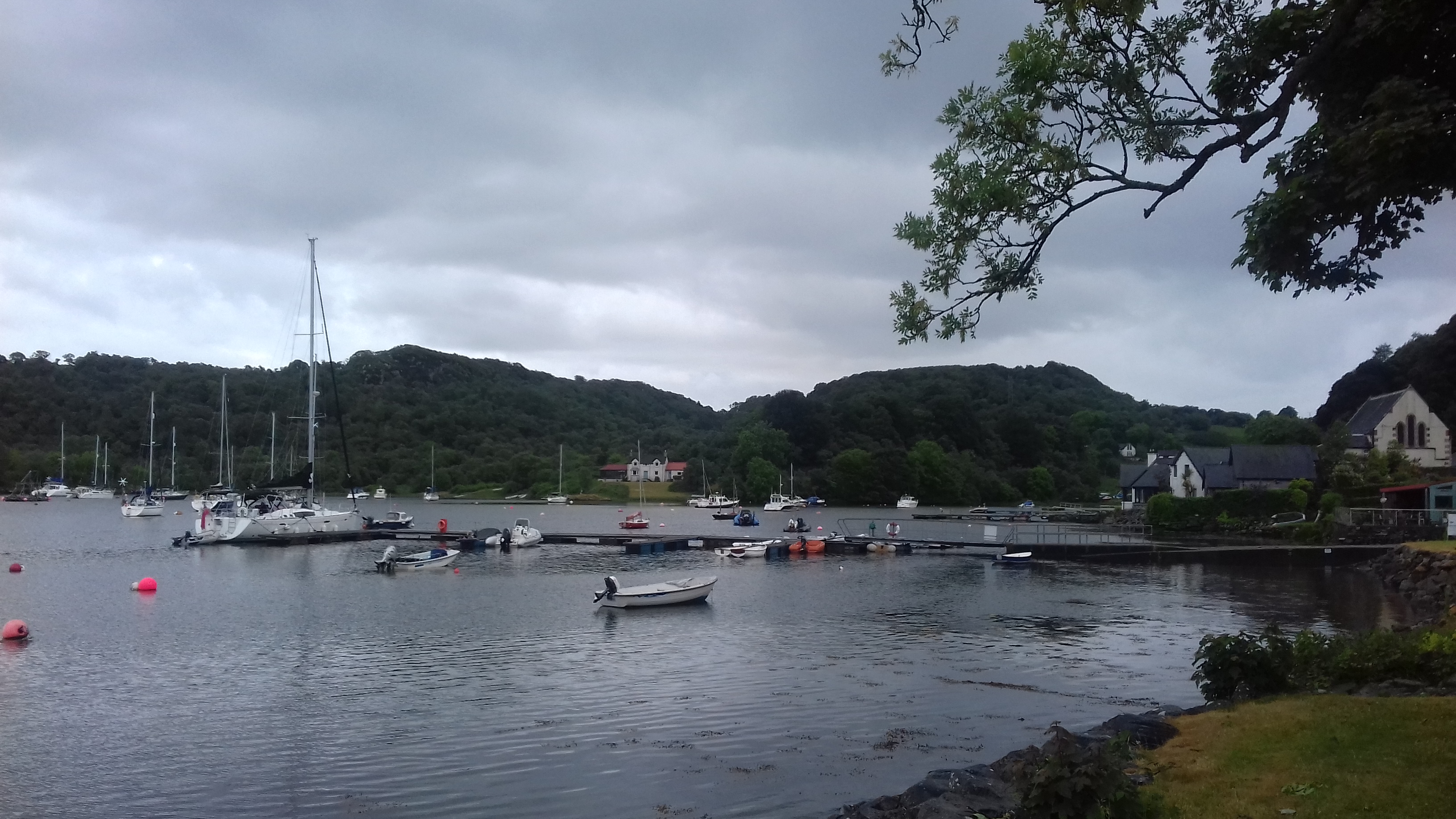 Some pictures from the journey home the next day.

The “Vital Spark” moored at Inveraray

The Vital Spark was the name of the fictional steam boat, known as Clyde Puffers from Neil Munro’s stories, featuring Para Handy as its captain. (Neil Munro was born in Inveraray. ) It was made into a BBC TV comedy series in 1959-60 with 6 episodes called “Para Handy – Master Mariner” featuring Duncan Macrae, Roddy McMillan and John Grieve.  A second version “Vital Spark” ran for 3 series between 1965 & 1974 starring: Roddy McMillan, Walter Carr and Alex McAvoy.  In 1974, BBC Scotland produced “The Tales of Para Handy” starring Gregor Fisher, Andrew Fairlie, Sean Scanlan, Rikki Fulton and David Tennant in one of his first acting roles.  The original “Vital Spark” used for the TV series was actually a puffer called “Auld Reekie” which at present is being restored at Crinan.  But this boat is now officially the “Vital Spark“.

And finally, a view of The Kelpies on the M9 motorway near Falkirk, through a rain-soaked windscreen.  These are 30m high horse head sculptures made of steel which stand at the connection of the Forth & Clyde Canals near the Falkirk Wheel, and pay homage to the working horses which used to pull barges along Scotland’s canals. 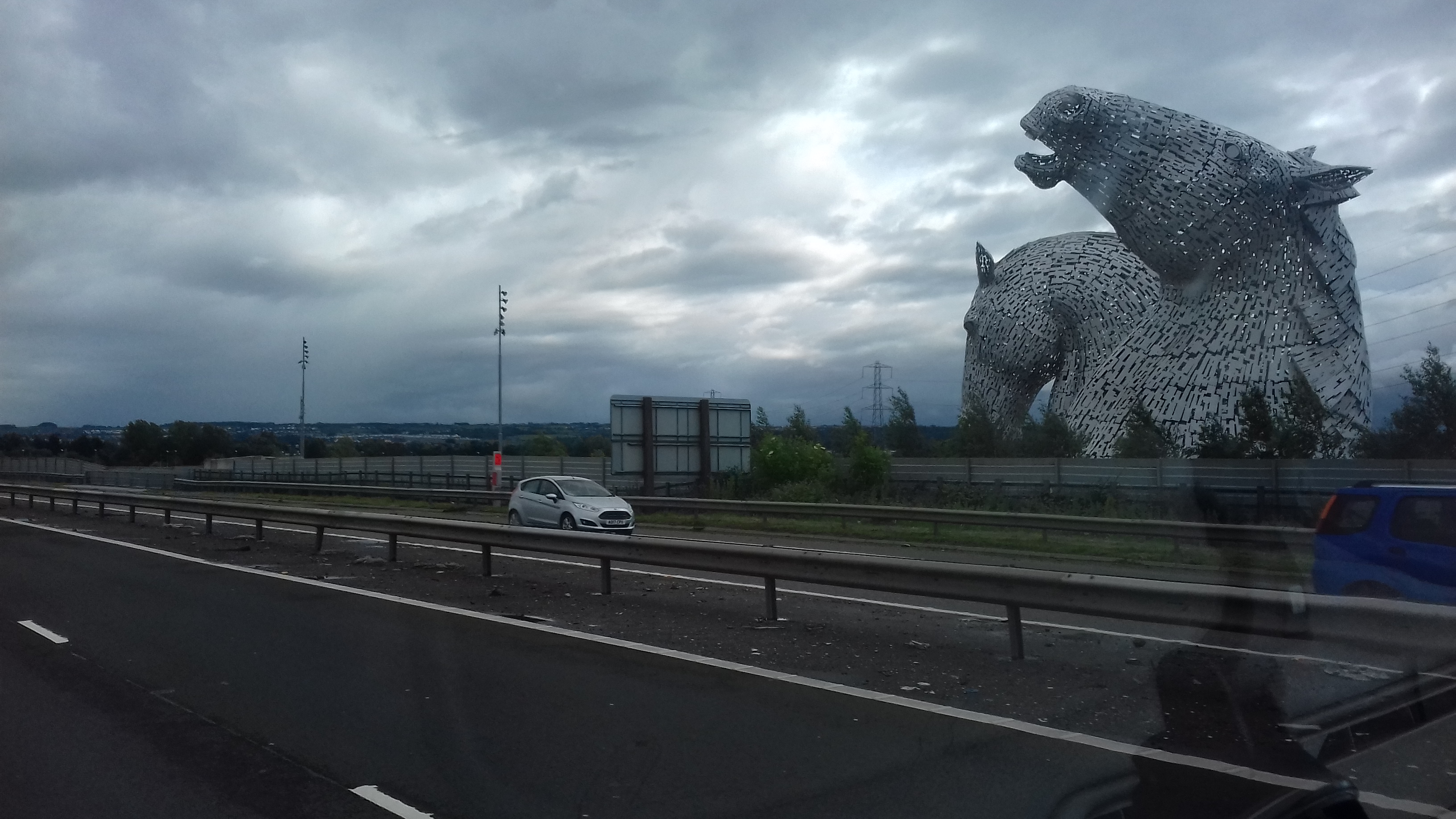