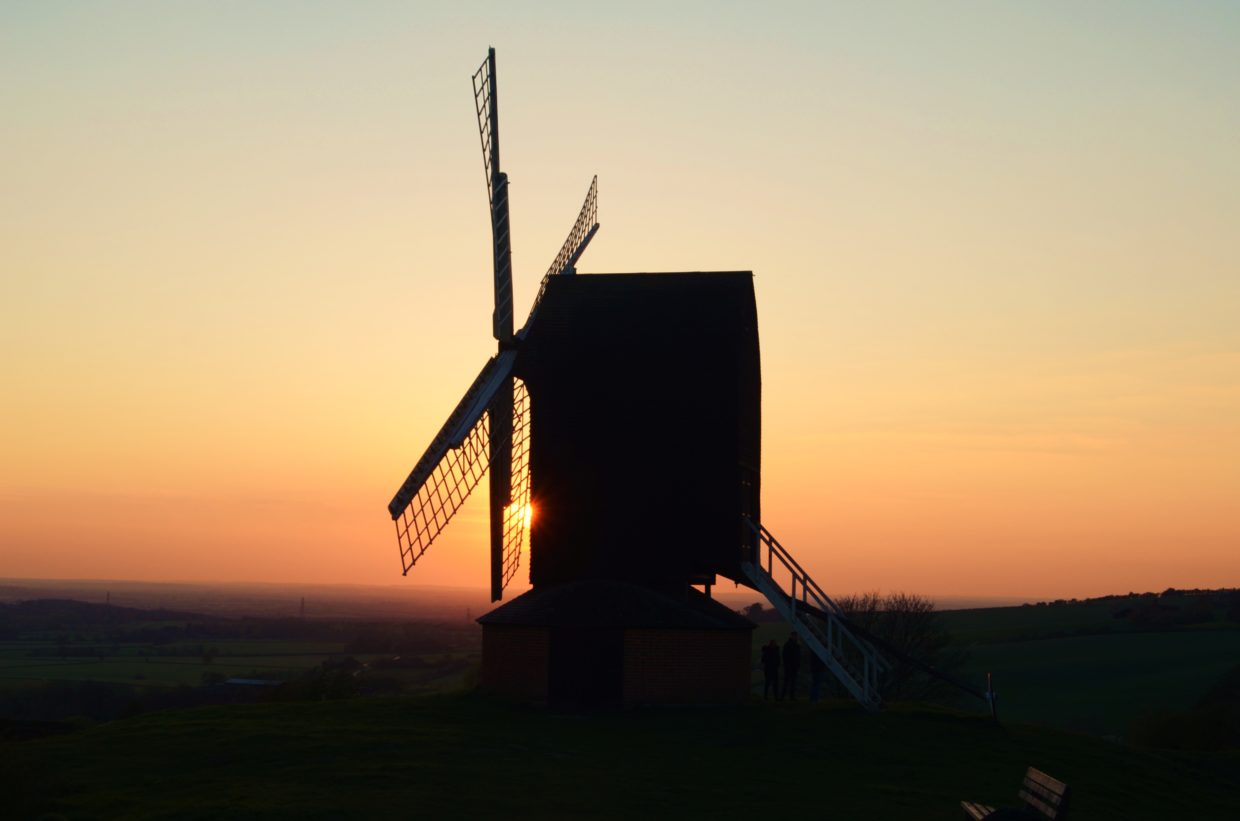 April saw us continuing our UK Tour 2019 down in the south of England. Our first stop was the beautiful village of Brill near Aylesbury in Buckinghamshire. We were treated to a glorious sunset at Brill Windmill.

On the Friday, we headed into Henley-on-Thames for lunch. It was a beautiful day. We even managed to see a little jazz…..!

Our first concert was at Frieth. Another beautiful village near Marlow, in the parish of Hambleden. They were filming the television drama “Midsomer Murders” nearby at Fingest as we drove to the gig.

You can read more about Midsomer Murders here

There were Red Kites flying everywhere. I’ve never seen so many! They were as numerous as gulls at the seaside! Aparently, this was where they were re-introduced into the UK. There’s now some 500 or more breeding pairs in the area. They are a beautiful bird. Larger than a buzzard, their bodies are around 60cm long, with a wingspan of 165 cm. The have the distinctive “kite” shaped forked tail which they use like a rudder.

We thoroughly enjoyed our gig in Frieth. A very friendly and appreciative audience. An encore was duly supplied!

The next day we were keen to have a look around the nearby villages of Hambleden and Turville. Both had been used in the filming of the classic children’s film of 1968 “Chitty Chitty Bang Bang“!

Some scenes from the 1996 film “101 Dalmations” starring Glenn Close were filmed in Hambleden too.

At Turville we saw Cobstone Windmill, the Windmill where the family lived in the film. Here’s a couple of clips from the film showing the windmill:

Turville is also famous for being the location of the film “Goodnight Mister Tom“. A powerful drama set during WWII starring John Thaw. Click below to see a short trailer of the film showing the village.

Turville is also famous for being the location of the television comedy series “The Vicar of Dibley” starring Dawn French.

On Saturday we headed up the M40 to Oxfordshire. We saw some interesting vehicles on the way.

Our gig was in Farmoor, just outside Oxford. We received a very warm welcome from the mother, father, son & daughter team who ran the hall. It was a very small hall and felt very busy. Another very friendly and appreciative audience. An encore was duly supplied.

On Sunday, we headed down to the Herrison Hall in Charlton Down, near Dorchester in Dorset. The hall is part of a former Mental Hospital, built in Victorian times. Its a vast hall, with unbelievably good acoustics. Such a pleasure to perform in. Playing the saxophone acoustically here, is as if the whole building was your instrument. Quite amazing! Another very friendly and appreciative audience. An encore was duly supplied.

Click here to see Charlton Down on Google Maps

Our last concert in this 4 gig tour was in Padbury near Buckingham. Beforehand, we visited the market town of Brackley where I’d visited several times 20 years or so ago (an ex-girlfriend was brought up there). It was a gloriously sunny and very warm day in the Easter weekend.

Our gig was in the stunningly beautiful village of Padbury. A thatcher’s delight, since so many of the houses there have thatched roofs! The hall was a beautiful building, built in 1840 and was originally the village school.

A very full house indeed, and another very friendly and appreciative audience. An encore was duly supplied.